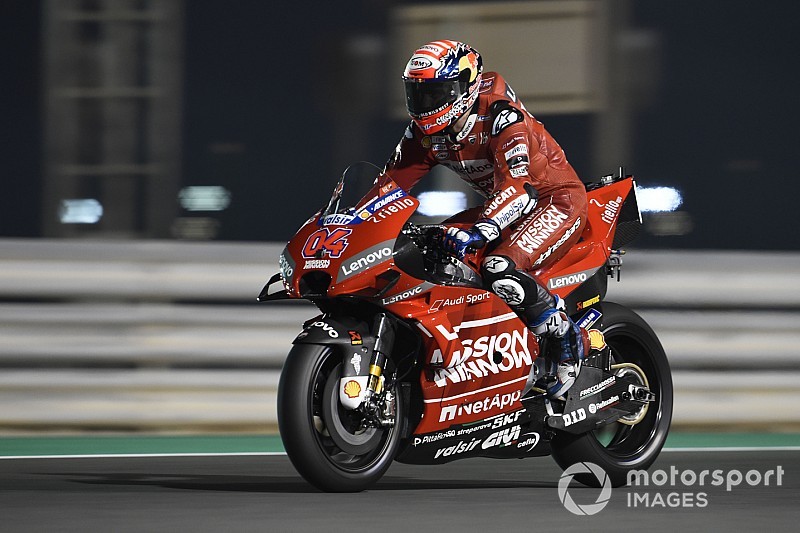 Andrea Dovizioso says it's "impossible" to draw any meaningful conclusions from the Qatar MotoGP test, as he feels every bike appeared strong in the "strange" conditions.

After Ducati concluded the previous winter test in Sepang by locking out the top four positions, the Bologna marque had a more low-key showing in Qatar, especially on Monday's final day of running.

Its top representative was Danilo Petrucci in ninth place, six tenths slower than pacesetter Maverick Vinales, while Dovizioso was down in 15th, more than a second off the pace.

While Dovizioso insisted he wasn't "too worried" by his place on the timesheets, he also admitted his feeling on the 2019 Desmosedici is not at "100 percent".

"I think a lot of things happened in three days," summarised Dovizioso. "The conditions change every day, and I lose a little bit the feeling.

"It was a bit strange because everybody was fast, but I think the race weekend is always a bit different and we have to see what conditions we find in 10 days, because every day in Qatar the weather changes, the wind, the humidity, can affect [things] a lot.

"We finish the test not with a perfect feeling, but overall about the pace for the race we are not too bad.

"We did a lot of work in the right way, unfortunately the speed wasn’t there at the end of the test but I don’t think we have to be too worried about that."

Dovizioso was forced to abort a race simulation he had started with new factory Ducati teammate Petrucci after several laps on Monday.

The 2018 runner-up said the wind prevented him from completing everything he had planned.

"We start with really strong wind, the opposite way to the last two days, and it affected everything a lot," he admitted.

"We couldn’t compare what we wanted, the reference of the brake, the line change a lot from the first two days."

Asked who he expected to be his main adversaries for the race, he added: "It’s really impossible to understand now. From outside, looks like everybody did an improvement but it’s very difficult to know.

"There are a lot of rookies, really fast, we can’t know what they can do in the race. But I don’t know. Every bike looks really good.

"Maybe the Ducati in this test at the end is not on top of the board, but I don’t think that’s too important." 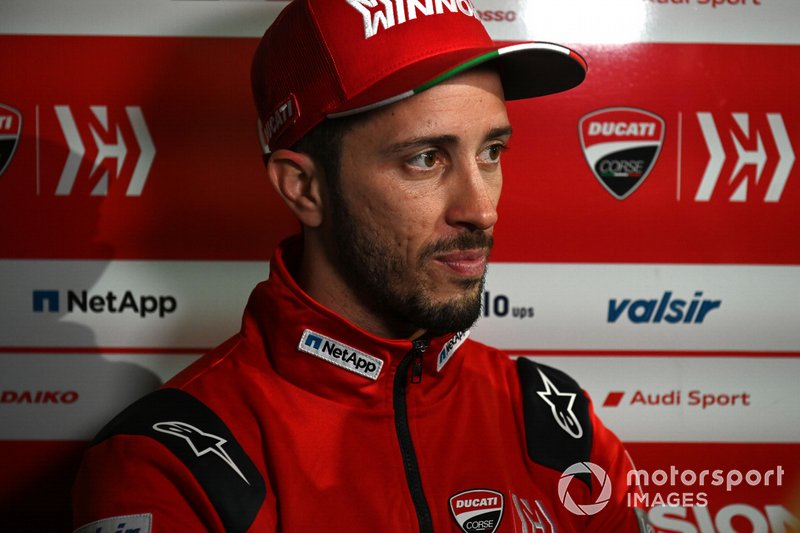