Moto2 veteran Mattia Pasini is set for further race outings in the intermediate class this year after being selected as an injury stand-in for Khairul Idham Pawi.

Pasini, who was left without a full-time Moto2 ride in 2019, is set to make his third appearance of the season at Le Mans this month on board the Petronas-backed SIC Racing Kalex while the team's regular rider Pawi recovers from an operation on his little finger.

The Malaysian crashed during Friday morning practice at Jerez last weekend and was forced out of the remainder of the weekend, undergoing surgery in Barcelona on Saturday.

Pawi is expected to need six to eight weeks to recover, meaning he is likely to also miss the Mugello and Barcelona races - with Pasini filling in until he is fit again.

"It is never easy to replace an injured rider, but I'm very happy about this opportunity because this is a team that I have been following for some time," commented Pasini.

"I'm proud to be part of this project for a few races and I will do my best to get the results that this team deserve. 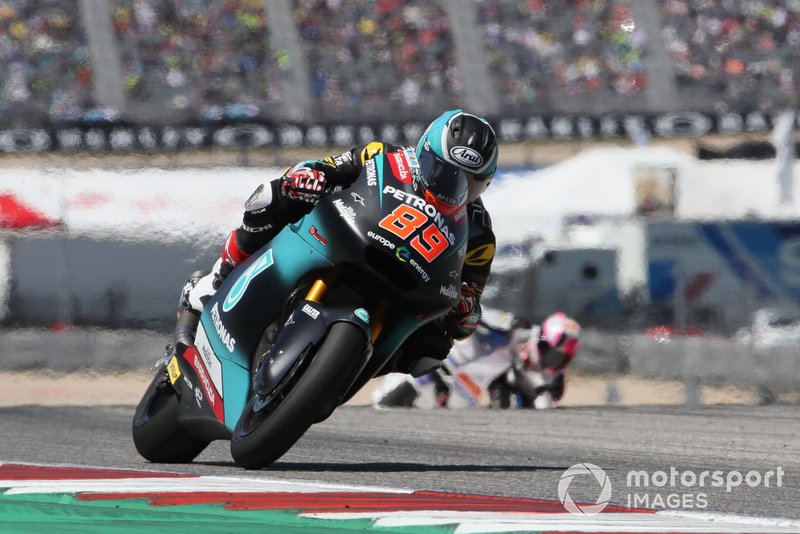 "We have to work hard, but if there is a team in which you can work, it’s this one. I can't wait to get things underway tomorrow with the test in Jerez, so that I can get into good shape for Le Mans."

Pasini crashed out of the Jerez race, which he was contesting with the Angel Nieto KTM team in place of Jake Dixon - who was unable to take part as he recovered from a concussion he suffered during the previous weekend at Austin.

Prior to that, Pasini finished fourth at the Circuit of the Americas on board the Pons Kalex vacated by the injured Augusto Fernandez.