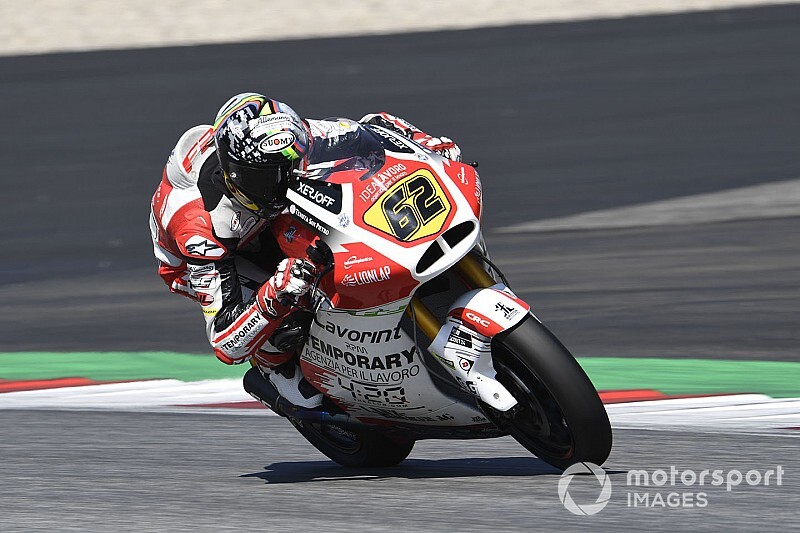 Corsi joined MV Agusta’s current partner team Forward Racing in 2013 and stayed with the Swiss squad for another two seasons, scoring three podium finishes and securing a best finish of seventh in the riders’ standings.

After a two-year stint at Speed Up, Corsi moved to Tasca Racing in 2018 but was dropped from the Italian‘s team line-up in the middle of the current season. Since then he has made two more appearances in Moto2 with RW Racing at Silverstone and Misano.

Corsi will take the place of Dominique Aegerter, who has yet to announce his plans for 2020.

“I'm happy to be back in action in 2020 and even more to do so with a brand as important as MV Agusta,” Corsi said.

“I would like to thank Giovanni Cuzari, RPM and the whole team for the trust they have given me and I hope to be able to repay them in turn with results, to be able to bring the famous Italian brand MV Agusta back to the top of the ranking.

“I saw that in recent races the bike has grown a lot, Manzi has achieved good results so I'm even more motivated and ready for this new challenge."

MV Agusta returned to grand prix motorcycle racing this season, ending a 40-year drought in the sport. It currently sits fourth out of five manufacturers in Moto2, with a best finish of seventh place courtesy of Manzi at Assen.

"First of all I want to thank Dominique Aegerter for the wonderful season together and for the beautiful person he is; it is difficult to find such good people,” team owner Giovanni Cuzari said. “I wish him all the best for next season and hope to see him again soon.

"About Simone Corsi, it's a "welcome back" in the sense that he's already run several seasons with my team and I'm happy he's back to race with us and with the most titled Italian brand in the world."

Elsewhere, the Honda Asia team has announced Indonesian rider Andi Gilang as its second rider for the 2020 season.

Gilang made a wildcard appearance with the squad at San Marino this year and will partner Somkiat Chantra on his step-up to a full-season ride.