The Petronas Sprinta Moto2 team has unveiled a fourth different substitute rider this season for the injured Khairul Idham Pawi.

Pawi has been on the sidelines since May's Jerez round, where he suffered a hand injury, and since then Mattia Pasini, Jonas Folger and Bradley Smith have all stood in for him on the SIC Racing-run Petronas outfit's sole Kalex machine.

Now the Malaysian squad has decided to call up Adam Norrodin for next weekend's Misano round, with Smith switching to MotoE duties at the Italian venue after his one-off Silverstone Moto2 outing (pictured above).

Norrodin will be making his Moto2 debut, although he spent three seasons in Moto3 in 2016-18, scoring a best result of fifth in that time, and he currently rides a Kalex for SIC Racing in the CEV Moto2 series, where he lies ninth overall.

Team principal Razlan Razali said: “One of our objectives is to encourage and nurture Malaysian racing talent so with Khairul Idham Pawi still recovering, there was an ideal opportunity to give Adam Norrodin the opportunity to sample Moto2 at world championship level.

"We have had some very experienced riders as stand-ins which has bought different feedback and perspectives to allow the team to develop. This opportunity is one to allow Adam to grow and develop for the future.”

Corsi back in action at Misano

Elsewhere in the Moto2 field, Simone Corsi will return to the intermediate class grid with the RW Racing team, having lost his ride at Tasca Racing earlier this year.

Corsi was replaced by Pasini for the latter half of the season at Tasca, but has been called up to replaced Steven Odendaal at Misano in the wake of the South African rider (pictured below) splitting with RW following last month's Silverstone round.

Odendaal had failed to score in nine attempts, missing the first three rounds of the season through injury, while teammate Bo Bendsneyder has so far tallied six points. 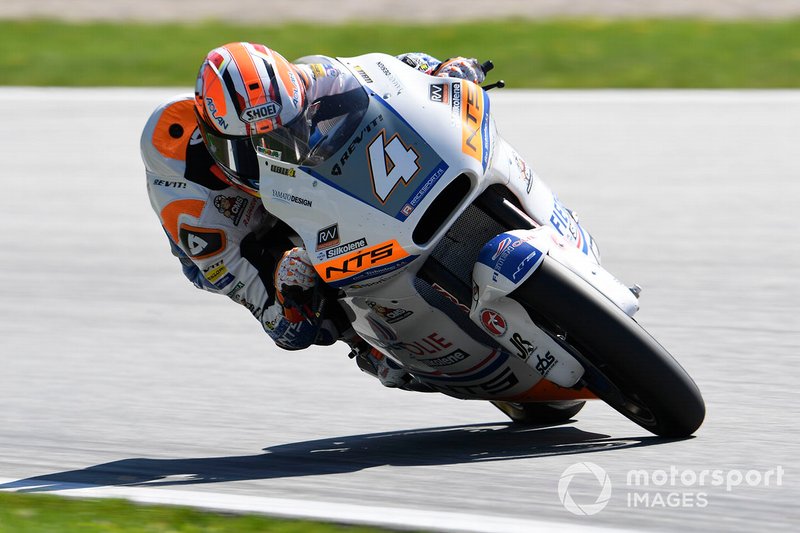