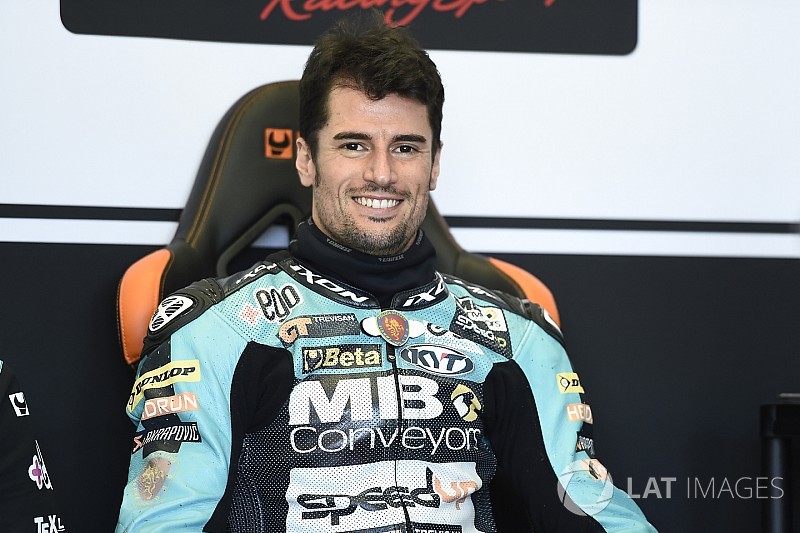 Tasca Racing has announced it has signed Moto2 stalwart Simone Corsi for the 2018 season in the intermediate class.

Former 125cc runner-up Corsi, 30, has raced in Moto2 since the formation of the class in 2010, and has spent the last two seasons aboard Speed Up machinery.

However, the Italian marque's decision to sign Danny Kent up on a two-year deal left Corsi in search of a new ride for the 2018 campaign.

Now it's been confirmed Corsi will stay in Moto2 for a ninth straight season with the Tasca squad, which currently runs Xavier Simeon - one of a number of riders in contention for an Avintia MotoGP seat.

"I am delighted to have signed this deal with Team Tasca Racing, considering how much manager Enrico Tasca wanted me in the team," said Corsi.

Austria Moto2: Morbidelli comes out on top in tense battle