Wayne Taylor says winning the Rolex 24 at Daytona with his eponymous team was important to show it could succeed without long-time partner GM, admitting he was "getting bored" of his previous alliance.

Having been named as one of Acura's two partner teams for the 2021 IMSA WeatherTech SportsCar Championship season, Wayne Taylor Racing delivered the Honda-owned brand its first success in the Rolex 24 last weekend as Filipe Albuquerque, Ricky Taylor, Alexander Rossi and Helio Castroneves claimed honors in the #10 ARX-05.

It marks WTR's fourth triumph in the Florida classic in five years, following the squad's wins with GM brand Cadillac in 2017, '19 and '20.

Taylor himself has also had a long association with GM brands throughout his own driving career, having represented Cadillac at the Le Mans 24 Hours in the early 2000s and scoring his second Rolex 24 win (and first as a team owner) in 2005 with a Pontiac engine.

But the 64-year-old admitted following his team's triumph with Acura equipment that he had become unsatisfied with his relationship with GM, and that changing manufacturers for 2021 had given him a "new lease on life".

"When an opportunity came to me from Acura and HPD, it was exactly what I wanted," said Taylor. "I needed a new challenge. I needed to prove we could go out and win as a team, whatever manufacturer supported us.

"To come here, having received these cars so late, it was a monumental program to put together. We didn't have a lot of time to prepare the cars, given what happened with COVID-19 last year, they've been so supportive.

"I can’t say enough about everybody from Acura and HPD, it’s just been great. It’s given me a new lease on life, because quite honestly I was getting bored; you do that sometimes when you’ve been with an organisation for so long. You’re not sure whether they take you seriously anymore or take you for granted.

"But the best thing that happened is that I’ve now won four Daytona 24 Hours in five years. I’m so proud of everybody on my team." 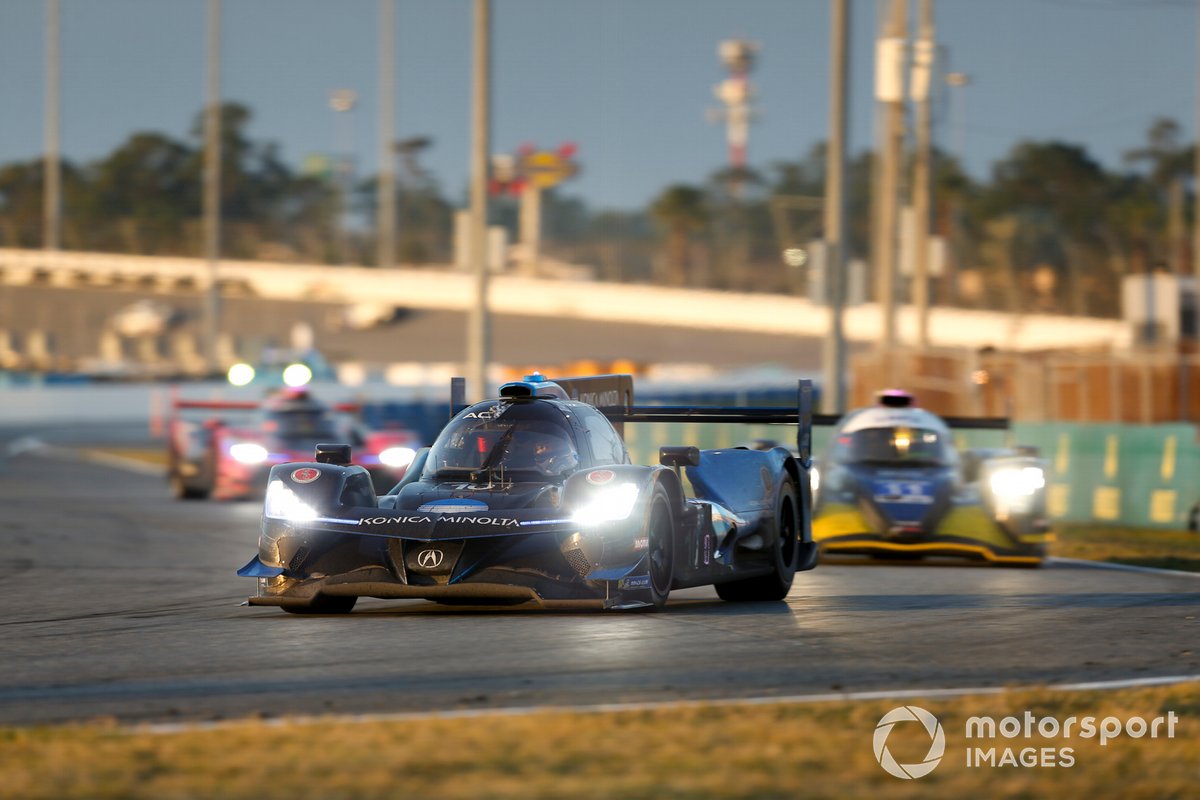 In the wake of his team's 2020 Rolex 24 victory, Taylor called for increased factory support from Cadillac, also underlining his desire to take his team to Le Mans.

In the run-up to last weekend's race, Acura confirmed its intention to build a new car for the LMDh rules that are due to come on stream in IMSA in 2023, opening the door to the prospect of WTR representing the marque at La Sarthe in the future.

"This whole new association with Acura and HPD, it’s so exciting," said Taylor, whose contract with Acura runs for three years. "These guys are committed to LMDh, which is what I wanted.

"I tried previously and nobody seemed to be interested. These guys came and made this offer to us, and I knew they wanted me because they thought I have must have some golden secret about how to win Daytona, which I didn’t!

"Winning it today, after only having these cars for two and a half months, it’s a testament to the people that work in this organisation and I’m eternally grateful for all of them."