Following the exit of the Porsche works GT Le Mans squad at the end of 2020, Bamber joined forces with Team Hardpoint's Rob Ferriol for a full-season IMSA campaign with a Porsche 911 GT3 R in the GT Daytona class.

Katherine Legge and Christina Nielsen were brought on board to reinforce the line-up for the Rolex 24 season opener, with the team finishing 10th in class.

It followed a splitter problem that struck in the early hours of the morning, which came after Bamber had been running inside the top five - costing the team five laps.

“Obviously everyone comes to the race to win, but I think a top-10 finish for us the first time out at the 24 is a great result,” the New Zealander said. “All the drivers did their jobs. It was really cool to get it to the end. I think we showed great speed and great promise.

"We had that little issue with the splitter and we just couldn’t recover from that. But that’s motor racing and we’re going to roll on to Sebring.

Legge and Nielsen were both making their first IMSA starts since last year's Rolex 24, when the pair were part of the short-lived GEAR Racing Lamborghini GTD program.

It was also Legge's first race since her leg-breaking shunt while testing for the Richard Mille Racing LMP2 team at Paul Ricard last summer, an accident that ruled her out of the entire ELMS season and the Le Mans 24 Hours. 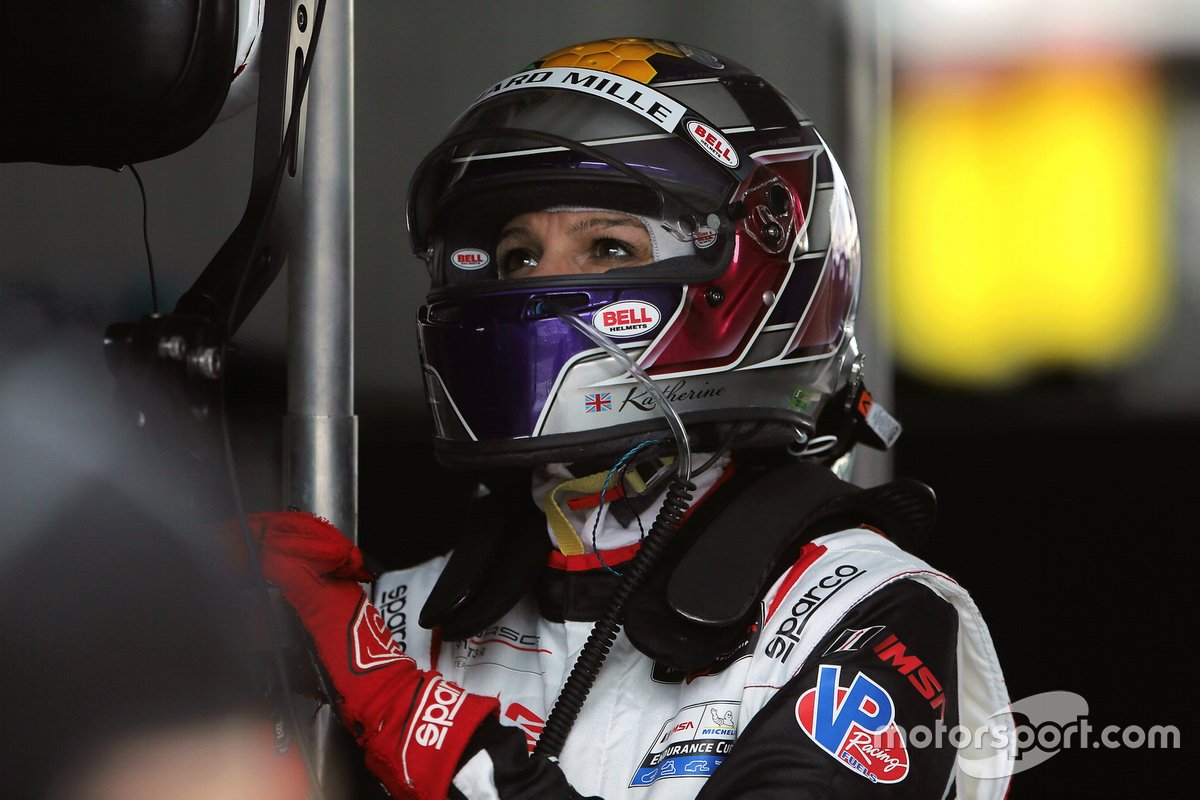 Nielsen was also left largely on the sidelines in 2020 following the collapse of the Grasser-operated GEAR team, which also withdrew from a planned outing at Le Mans, and the Danish driver admitted she wasn't entirely satisfied with her own performance.

“It wasn’t easy,” Nielsen said. “The competition was super fierce this year. There’s room for improvement for everyone, including myself. It was my first race back in a year, so I have to focus on a couple of things I want to do better for next time.

"Overall, the team did a good job handling the challenges like the splitter failure when I was in the car. The team handled it well and we made it to the finish line and that’s an accomplishment in itself. Was it what we wanted? No, but we also have to think about the glass being half full and it’s some decent points for the championship.”

Hardpoint EBM has yet to announce who will partner full-season drivers Bamber and Ferriol as the third driver for the remaining Michelin Endurance Cup races this season.