Meyer Shank Racing's Acura ARX-05 felt "off" from the start of last weekend's Rolex 24 at Daytona, according to Juan Pablo Montoya.

The #60 car shared by Montoya, Dane Cameron, Olivier Pla and AJ Allmendinger finished the opening round of the new IMSA WeatherTech SportsCar Championship season in fourth, having been in the mix for victory throughout the race.

Cameron was vaulted into the lead with a little over two hours to go following a quick pitstop during the 11th and penultimate caution of the race, but was powerless to hold position and quickly dropped to fourth, and conceded another place at the final restart.

Ex-Formula 1 and IndyCar racer Montoya took over for the run to the flag, gaining one place when the Chip Ganassi Racing Cadillac suffered its late puncture and finishing some 54 seconds down on the winning Wayne Taylor Racing Acura.

“I thought we had a very strong car from all the testing we did," said Montoya, who was contesting his fourth straight Rolex 24 at the wheel of an Acura following his three seasons as part of Team Penske's IMSA effort. "When we started the race, it was off.

"We all struggled and at the end I could keep up with the lead pack but I had nothing to be able to compete with them. I was killing myself just to run at the same pace.

"Otherwise, I had a blast working with Meyer Shank Racing. You can’t win them all, and that is racing. It is cool to see Acura finally get a win here at Daytona, so big congratulations to them.”

MSR enjoyed a largely trouble-free run throughout the 24 hours, although Pla suffered a throttle problem during his early stint - the case of which was found by Montoya to be an electrical box in the cockpit having come loose and affecting the throttle pedal.

The team was able to repair this during a routine stop under caution in the night. 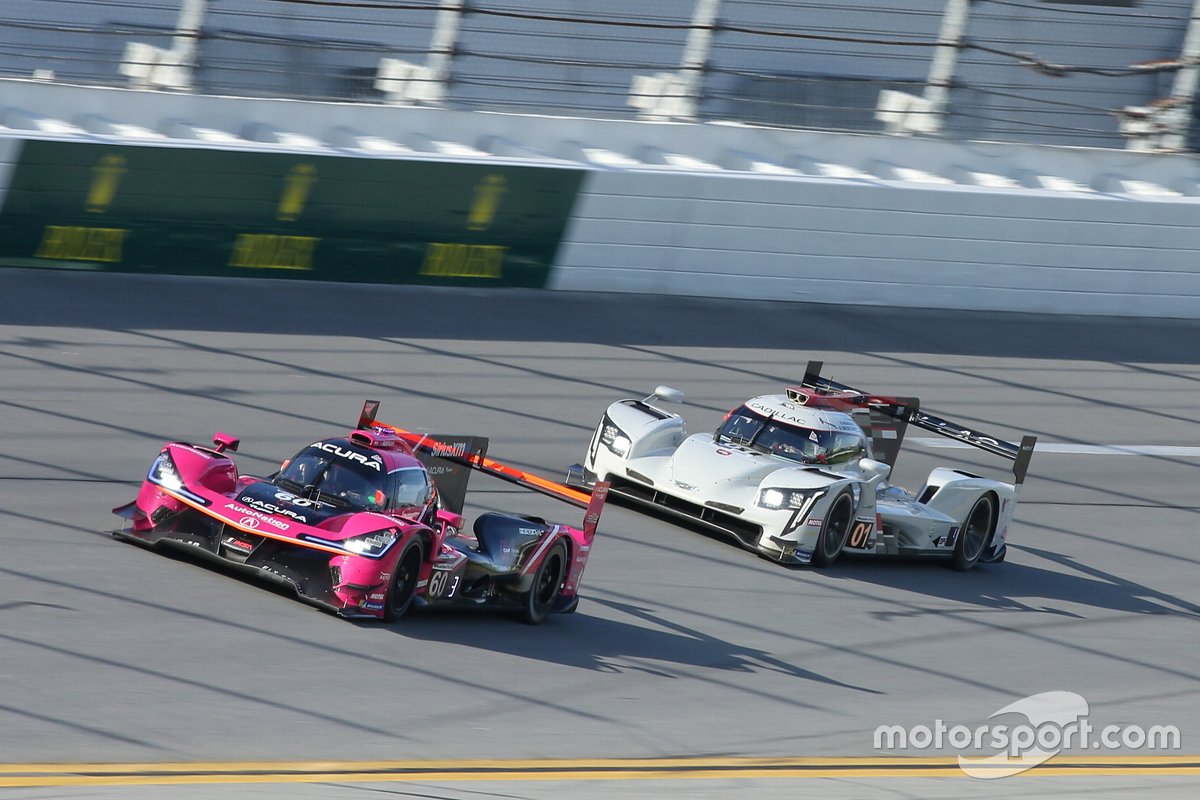 Montoya's full-time teammate for the last three seasons and 2019 co-champion Cameron likewise admitted that the MSR Acura "lacked a bit of speed" in comparison to its rivals, and that the team had to be satisfied with fourth in the context of the championship.

“All in all it was an okay day," said Cameron. "Our goal for this race was to put ourselves in contention at the end of the day and we did that by finishing on the lead lap.

"The Meyer Shank Racing boys did a great job preparing the car and executing pit stops without issues. It is probably the first time in six or seven years that I have run this race without a problem on a pit stop. I am very pleased with the effort the guys put in with a short off-season and a large transition to a new program.

"We lacked a bit of speed today, but we were able to compete for a victory when it counted. We will take good points from today for our championship effort and we’ll move forward and turn the page to Sebring.”