The #55 Mazda RT24-P had suffered setup issues through practice, and the team had been downbeat about its chances before the race. Action Express Racing’s Cadillac DPi-V.R had won the last two Sebring races – the 2hr40min race in July, and the 2019 Sebring 12 Hours – and the Mazdas had qualified only fifth and seventh on Friday.

However, with one Acura Team Penske ARX-05 suffering mechanical grief, its sister car colliding with the AXR Cadillac and the Wayne Taylor Racing Cadillac being knocked out of race-winning contention by the #77 Mazda of Oliver Jarvis, Tristan Nunez and Olivier Pla, the RT24-Ps found themselves running 1-2 in the final hour, with the #77 ahead.

With 27 minutes left, Jarvis suffered a punctured left-rear tire which sent him off the track, necessitating a pitstop and a full-course caution due to rubber and bodywork debris.

That handed the lead to Tincknell in the #55 Mazda which had earlier in the day suffered an agonizingly long pitstop when the right front wheelnut jammed, and which had also suffered a very long brake pedal from about the third hour of the race.

Tincknell nonetheless pulled away at the final restart with 17mins to go, crossing the line 10sec ahead of the Acura ARX-05 of Dane Cameron, Juan Pablo Montoya and Simon Pagenaud, and 12sec ahead of the #77 Mazda.

“I think all weekend, we felt like we’d been slightly behind playing catchup with the setup. But we put down a decent car today. Our strategy was just to get the 10th hour with a clean car that we can go fight with at the end, trying to stay out of any carnage and get to that point. We did that well. 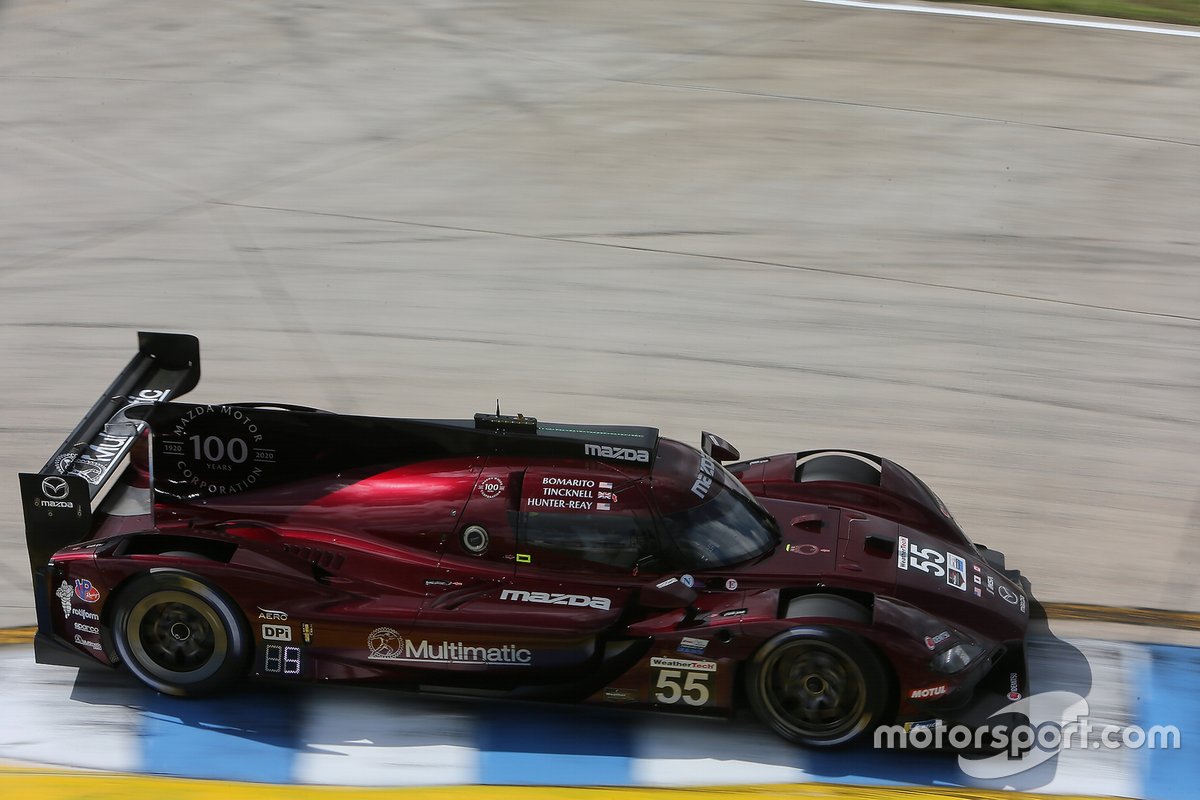 “Obviously, getting the car 25 seconds down for the last two stints, I was pushing like crazy to try to close the gap but it wasn’t really happening for us. At that point I started thinking a 1-2 would be great and then I heard the news that the #77 had a puncture. Obviously, I feel for them. It’s always tough.

“With JB [Bomarito] and I, we’ve been in that situation before in Canada a couple years ago. You never want to lose a win when you have it in your grasp. But we were there to pick up the pieces.

“For a brief second, I thought this is going to be a nice Sunday evening drive to the win. We had a 28 second lead and then the caution period came out. I was just behind the Safety Car trying to keep the brakes and the tires warm. I said to myself, ‘This is what you dream of. It’s 20 minutes to go, leading one of the biggest races in the world.’ I just told myself I was going to go for it, and give it everything. No regrets.

“I just pushed like crazy and at the end, when we really needed it, we had great pace just as the engineers had planned.”

Mazda scored its first three IMSA Prototype wins last year – Bomarito, Tincknell and Pla at the Watkins Glen 6 Hours, Jarvis and Nunez at Mosport, then Tincknell and Bomarito at Road America – and this year the latter pair have added two more, with glory at Daytona’s 2hr40min round in July, and yesterday’s Sebring 12 Hour triumph.

However, next year Multimatic will cut back to just one IMSA entry for Jarvis and Tincknell, with Bomarito joining the Brits for the four endurance rounds.

Commented Tincknell: “Multimatic and Mazda – a huge result as a team and the program this year. We [re]started in great style at Daytona with a win. And we’ve had a few ups and downs since then; a good second in Road Atlanta. But you can’t beat that winning feeling. 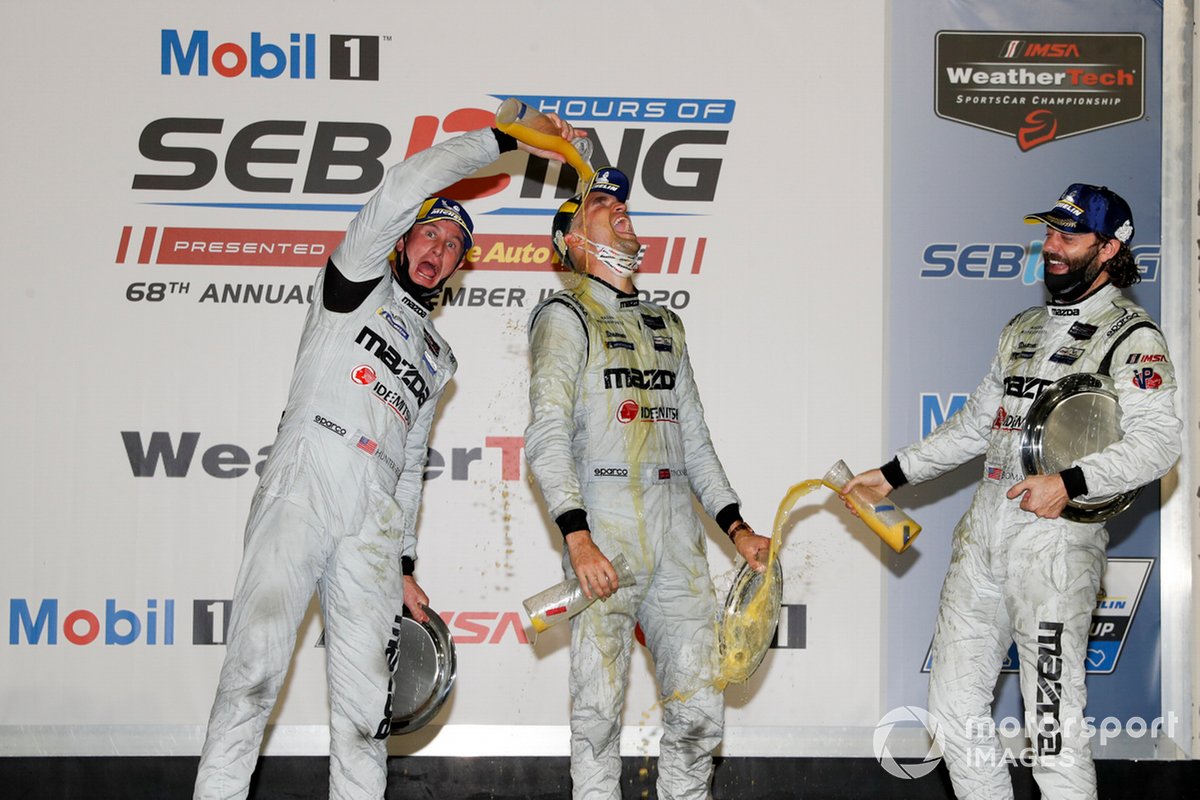 “So to end the season on a high, it’s really just fantastic for everyone. A lot of sacrifices with people being away from their home and their families for a long time with the whole COVID situation. Absolutely dream way to end the season.”

Bomarito, who finished second in IMSA’s GTLM class in 2014 with the Dodge SRT Viper program before stepping up to Prototypes with Mazda the following year, said this latest victory was one he’d been chasing for many years.

“Sebring has been eluding me for a while,” he commented. “This is just an incredible place.

“It’s an incredible accomplishment to win at this track. Twelve hours is so grueling on the equipment, on the machine, but also on the drivers. It feels really good to get that win here, especially overall.

“But I’ve seen a lot of ups and downs with Mazda through the Prototype program. I’ve been with the program for a long time and we won at Daytona earlier in the year in the short race, and now to get an endurance win gives us a lot of momentum and a lot of hope to go back to Daytona for the 24 and look for another strong result.”

The result lifted Bomarito and Tincknell to third in the IMSA drivers' championship, just five points behind winners Helio Castroneves and Ricky Taylor.

For former IndyCar champion Hunter-Reay, the result had personal meaning, as he has long enjoyed combining his open-wheel racing activities with sportscar outings for endurance races. His previous best overall result at Sebring 12hr result was second place with Wayne Taylor Racing in 2018, sharing the #10 Cadillac with Renger van der Zande and Jordan Taylor and this trio would then go on to win the season finale at Petit Le Mans. 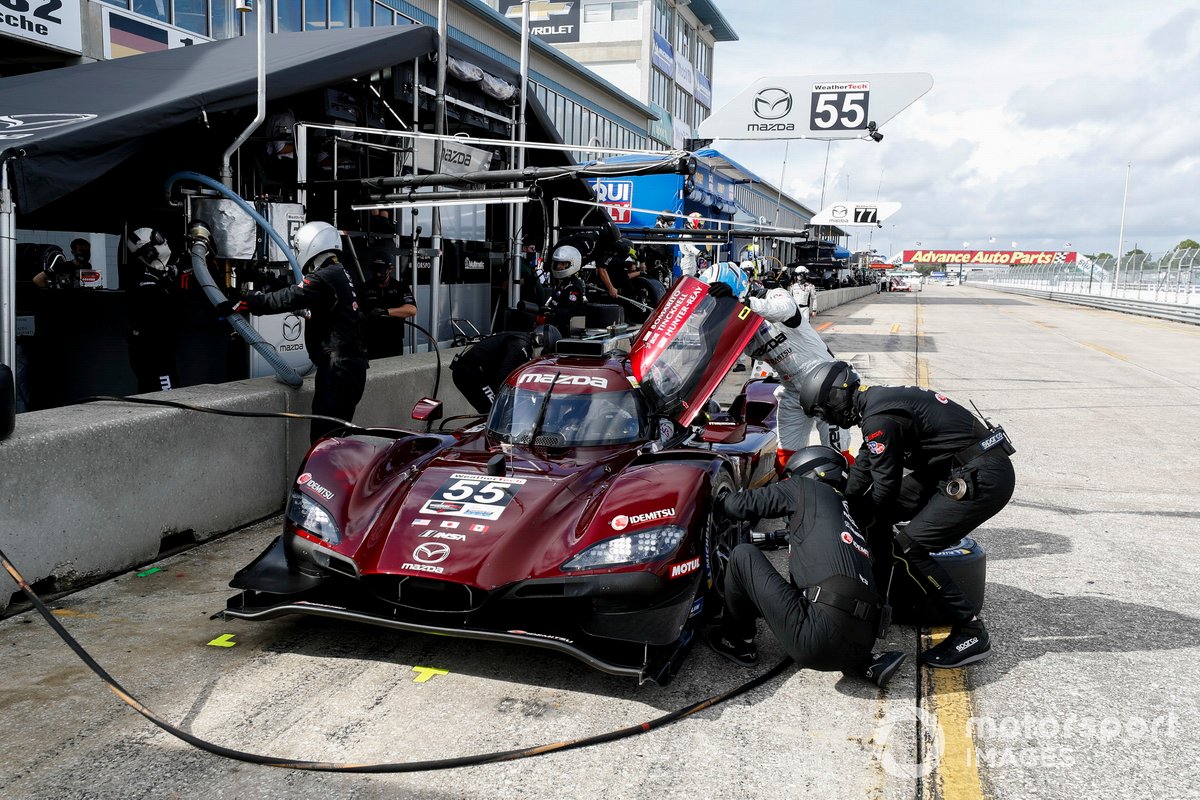 But in 2019 he co-drove the #55 Mazda at Mid-Ohio with Bomarito, subbing for Tincknell and finishing third, while this year he joined the squad for all four enduros. This trio finished sixth in the Rolex 24, second in the six-hour race at Road Atlanta (replacement for the Watkins Glen 6 Hours), and sixth at Petit Le Mans, before driving to Sebring’s victory lane on Saturday night.

“These guys did a great job. I couldn’t have done it without them. Like Harry was saying, we had some issues in practice and stuff like that, but we just kept after it. And that’s what you have to do. You have to keep your head in the game. That’s what this team did. That’s what these guys did. JB and Harry drove a great race. I felt good in the car as well. And right at the end, when we needed to seal it, Harry got the job done. It’s a real team win.

“A Sebring 12 Hour overall win is awesome. It ranks right up there.” 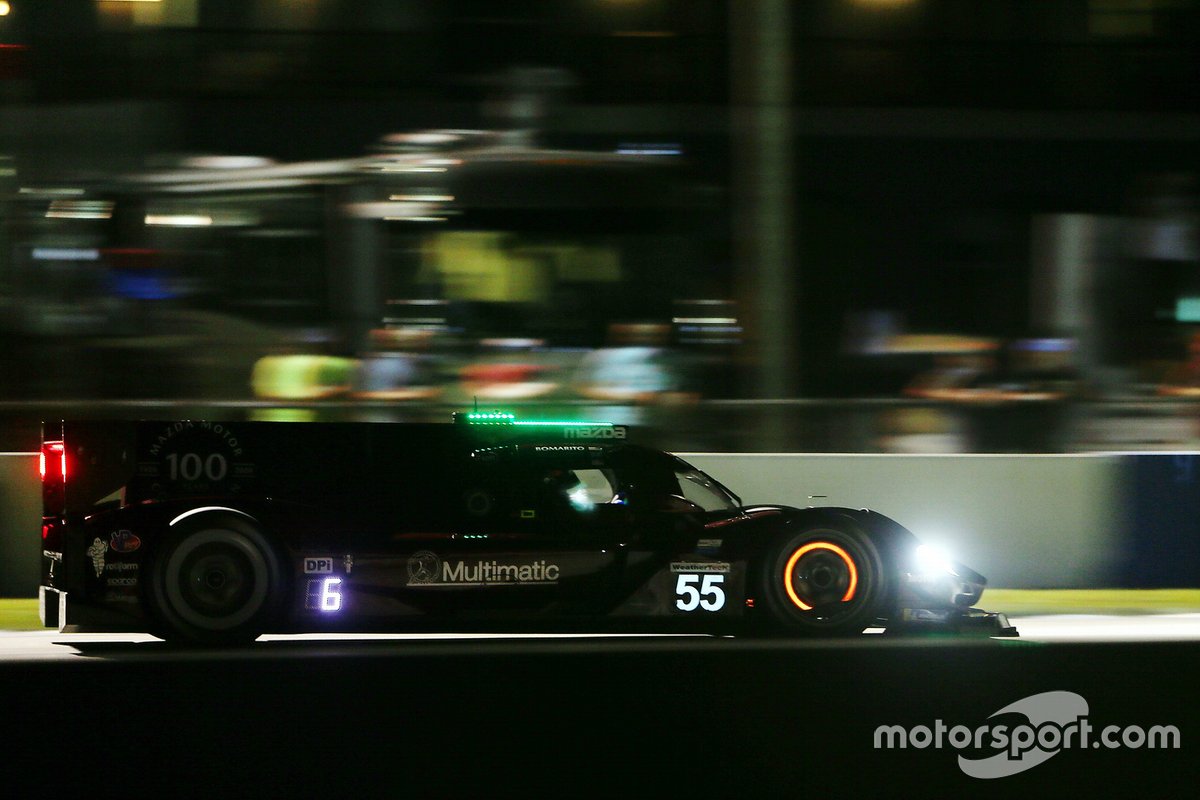