Toyota FIA World Endurance Championship driver Kamui Kobayashi will race for sister marque Lexus and the Vasser Sullivan team in this weekend’s Canadian round of the IMSA WeatherTech SportsCar Championship.

The two-time WEC title winner has been drafted in to drive one of the American team’s Lexus RC F GT3s at the Canadian Tire Motorsport Park, formerly known as Mosport, in place of Jack Hawksworth for the IMSA sprint race.

The 35-year-old will drive Vasser Sullivan’s GT Daytona Pro class entry with Ben Barnicoat as a result of Hawksworth’s failure to recover in time from injuries sustained in a motocross accident in May.

Kobayashi said: “I’m thankful for the opportunity to drive the Lexus RC F GT3 with Vasser Sullivan this weekend in Canada.

“I have a lot of support from the Vasser Sullivan team, Lexus and Toyota Racing Development USA to help make me comfortable.

“It will be a challenge, but I’m looking forward to it.”

The appearance at CTMP will be Kobayashi’s first in the GT ranks of the IMSA series, in which he has extensive experience in the Daytona Prototype international (DPi) class.

He took back-to-back victories in the Rolex 24 at Daytona in 2019 and 2020 with the Wayne Taylor Racing Cadillac squad and is contesting the four-race Michelin Endurance Cup segment of the series this year with the Action Express Racing Caddy team. 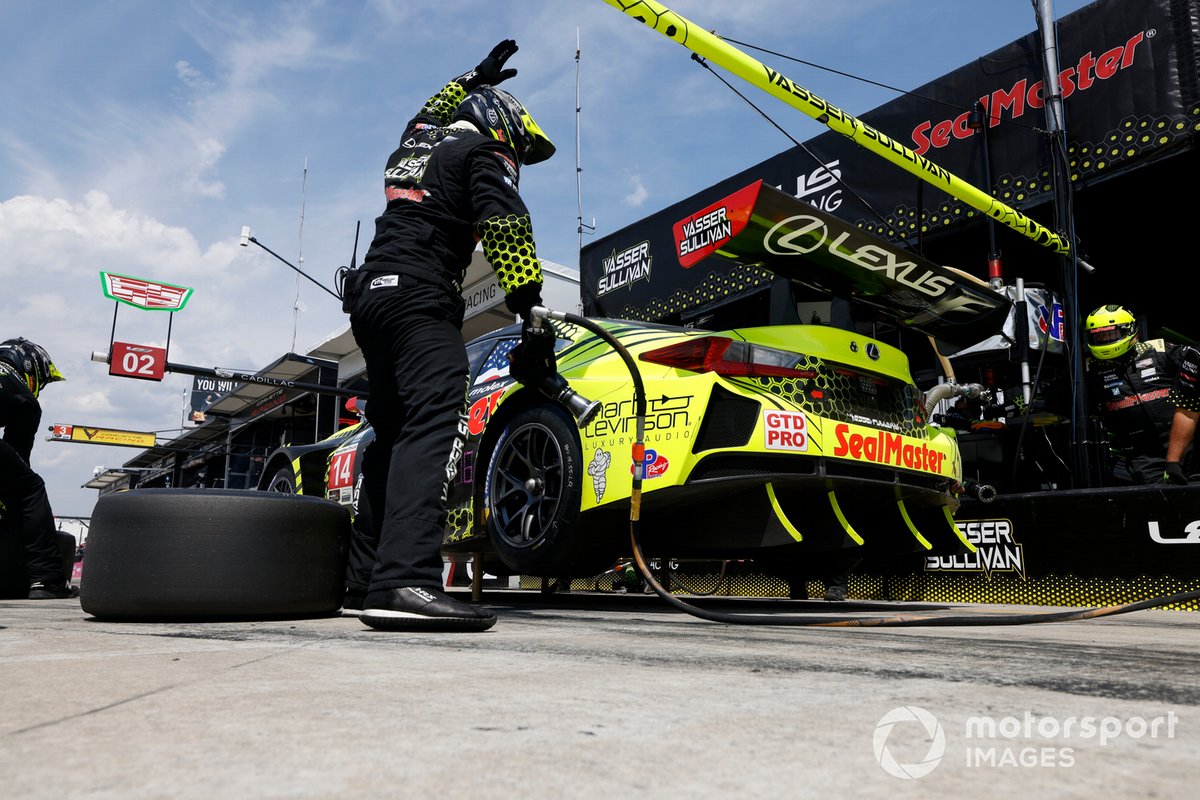 Kobayashi, who was also named team principal of the Toyota Gazoo Racing WEC squad ahead of this season, drove for Lexus brand in the SUPER GT Series in Japan in 2018.

He raced for the SARD team alongside Heikki Kovalainen, taking victory at the Chang International Circuit in Buriram, Thailand, but has limited experience in GT3 machinery.

An outing at the Spa 24 Hours aboard a Mercedes-AMG GT3 run by Goodsmile Racing in 2017 was followed by a second appearance with the Japanese squad at the Suzuka 10 Hours round of the Intercontinental GT Challenge the following year.

He returned to F1 with Caterham the following year before taking up a reserve role with Toyota, which led to a full race seat in 2016.

Hawksworth was forced to miss both the Detroit and Watkins Glen IMSA rounds earlier this month as the result of his injuries.

Hawksworth returns to VS Lexus at Lime Rock after injuries