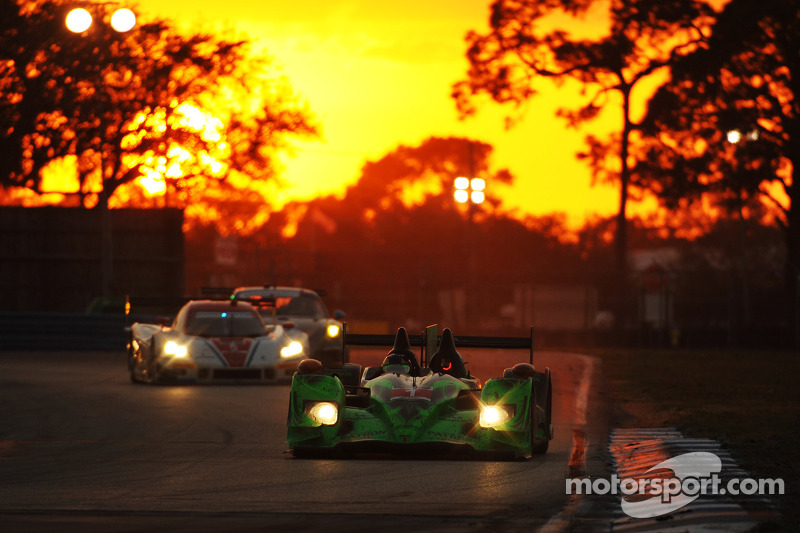 Where is your favourite driver running in Sebring 12 Hour?

Extreme Speed Motorsports’ Ryan Dalziel led the 62nd 12 Hours of Sebring at the six-hour mark. Christian Fittipaldi lay second in the pole-sitting Action Express Corvette DP, followed by Alexander Brundle (Oak Racing Morgan Nissan), Tony Kanaan (No. 02 Ganassi Ford Riley), and Simon Pagenaud (Extreme Speed Honda). The No. 5 Action Express car and the No. 02 Ganassi Ford had led most of the laps in the race - though the safety car had also led quite a few laps.

The race had been slowed by eight caution periods - many of them caused by Prototype Challenge cars. A third of the field was 12 or more laps behind Dalziel and six cars were behind the pit wall in various stages of being repaired. 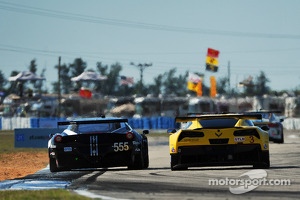 The worst wreck came shortly before the half-way mark, when Gaston Kearby spun and then drifted back across the track, directly in front of Alex Tagliani. Tagliani veered to the left to try to avoid Kearby, but still hit Kearby with so much force that both cars were badly damaged. Both drivers were checked and released by the infield care center.

Colin Braun was leading the crash-plagued Prototype Challenge class. Whether any cars from this class finish the race remains to be seen.