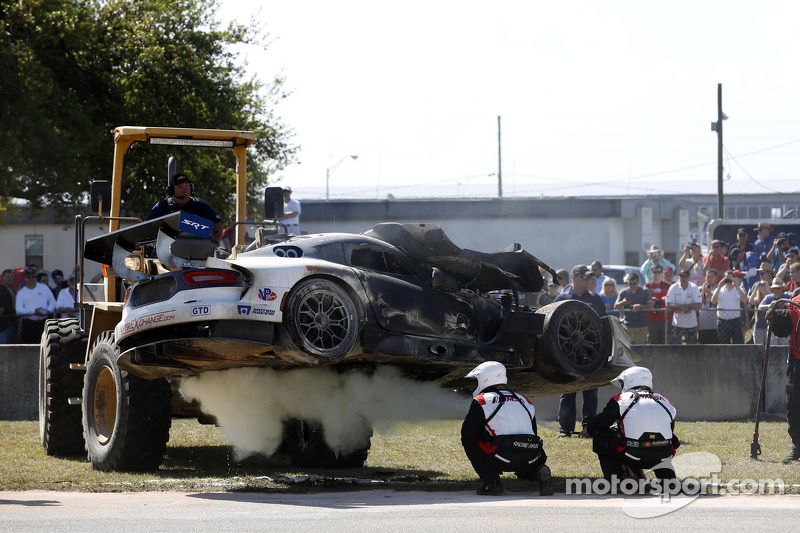 The race is now at twice the number of cautions that last years event saw…what could happen next?

The first five hours of the 62nd 12 Hours of Sebring saw seven caution flags, a red flag, and a number of spins and collisions that necessitated local yellows and mangled a number of cars.

The first yellow came less than 20 minutes into the race, courtesy of David Cheng’s spin in the No. 8 Prototype Challenge car. The caution period lasted almost 20 minutes, thanks in part to an unrelated incident in which Ben Keating’s GT Daytona class Viper caught fire on course and nearly burned itself to the ground.

Prototype Challenge cars also brought out the next two cautions. First it was Bruce Hamilton spinning and stopping on course in the No. 87 entry, and then Doug Bielefeld broke the rear suspension in his No. 88 car, coming to a stop on the track. The latter incident was the result of several cars running into each other in turn five. 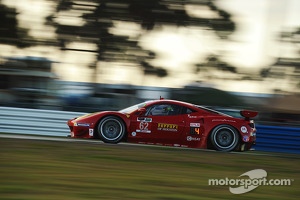 Matteo Malucelli crashed his GT LM Ferrari into the tire barriers at the outside of turn one to bring out the fourth caution.

Then Bruce Hamilton crashed again to necessitate the fifth yellow.

The No. 38 (David Ostella) and No. 52 (Frankie Montecalvo) Prototype Challenge cars crashed into each other on the front straight away to cause caution period number six. Neither driver was injured but the race was red-flagged for a short period so that debris from the crash could be removed from the track.

One of the Mazda prototypes caused the seventh yellow, when it stopped on course and had to be towed back to the pits.

In addition to the cautions, five cars were being worked on behind the pitfall and 21 cars were 12 or more laps behind the leader, Sebastien Bourdais.