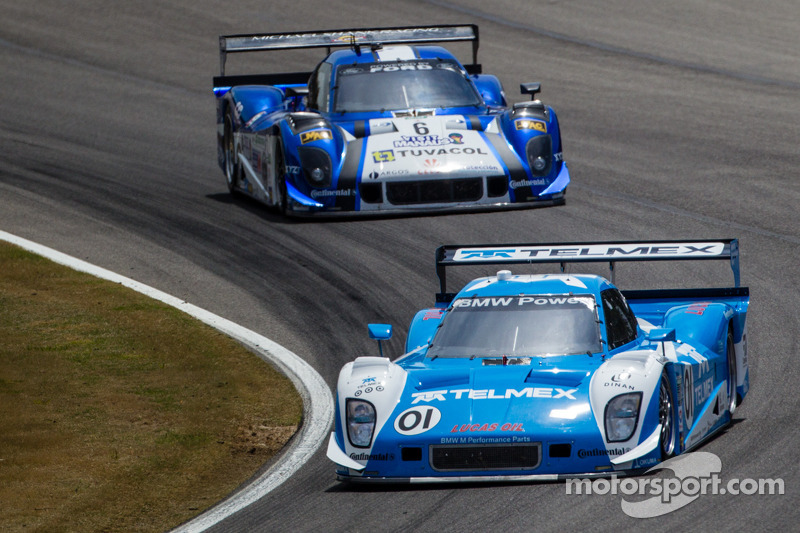 The rain has moved away from Atlanta, leaving sunny but cool conditions for the fourth race of the season.

With a quarter of the season in the books, Motorsport.com looks at how the year has unfolded thus far and what might happen in the race on Saturday.

The first three races of year have produced three different winners and the top-three in the driver standings are separated by five points. Scott Pruett and Memo Rojas sit atop the drivers’ standings, having won the season-opening Rolex 24 at Daytona, finished third at Circuit of the Americans, and fourth at Barber Motorsports Park.

Rojas, who last raced at Road Atlanta a number of years ago in the Barber Dodge Pro Series, will start from the pole Saturday, after rain washed out qualifying on Friday. The rain meant that series officials set the starting grid based on team points.

The rain has moved away from Atlanta, leaving sunny but cool conditions. Pruett said those conditions should lead to close racing. “With the cooler conditions, we’re going to have more horsepower, more down-force and less degradation in the tires. All of those things are going to make for an incredibly close race.”

Pruett and Rojas hold a two-point lead over Alex Gurney and Jon Fogarty, winners of the second round at Circuit of the Americas. Gurney and Fogarty finished second in the last race at Barber Motorsports Park and will start second at Road Atlanta in the Gainsco Bob Stallings Corvette DP.

Fogarty was fifth fastest in Friday’s practice session. Pruett set the fastest time on Friday, lapping the 2.54-mile, 12-turn course in 1:17.170. Hard rain on Friday prevented most teams from having much practice time.

But while the Rolex Series is new to Road Atlanta, most of the drivers have raced the track in other series. So the limited practice time should not have too much of an effect on the race.

Pruett’s BMW Riley excels at tracks with long straightaway sections, which favor the car’s Dinan-prepared BMW motor. This means Ganassi could be the team to beat on Saturday.

It will start third Saturday in the hands of Jordan Taylor. The team won the last race at Barber Motorsports Park, with Max Angelelli and Taylor sharing the driving duties. The team finished second at Daytona and 10th at Circuit of the Americas.

The Corvette DPs run best at tracks with short straightaways, which accounts for their strong showings at Circuit of the Americas and Barber Motorsports Park. So the Vettes may struggle to keep pace with the BMW Rileys in the race.

With two sixth-place finishes and a second, the Starworks team of Alex Popow and Ryan Dalziel lie fourth in driver points, and the Spirit of Daytona team rounds out the top-five.

In other Daytona Prototype news, the Action Express team has changed its driver lineup. Joao Barbosa will join Christian Fittipaldi in one car and Briand and Burt Frisselle will share the other car.

John Potter and Andy Lally top the GT class standings and will start from the pole in the Magnus Racing Porsche. The Scuderia Corsa Ferrari 458 Italia, shared by Jeff Westphal and Alessandro Balzan, lie second in points and another Ferrari, fielded by AIM Autosport, sits in third.

The BGB Motorsports Porsche Cayman will start from the pole in the GX class.

Saturday’s race will begin at 4:30 ET and be broadcast live on Speed.