Former IndyCar racers Ryan Briscoe and Ed Jones will join the Scuderia Corsa team for an assault on the GT Daytona ranks in the Rolex 24 at Daytona in January.

Briscoe and Jones will join Bret Curtis and Marcos Gomes at the wheel of a Ferrari 488 GT3 for the opening round of the IMSA WeatherTech SportsCar Championship, in a separate effort from the car run for the full season last year under the WeatherTech Racing banner.

“I truly believe this lineup has a chance to win,” Scuderia Corsa owner Giacomo Mattioli said. “They have the experience, the speed and the enthusiasm to succeed.

"This race picks its winner, but you do have to prepare. The team has been working all off-season for the return to racing. Our partners TOTAL, Aero and Pacific Western are all excited to be back at Daytona. 2021 feels hopeful and we want to capitalize on the positive momentum.”

Briscoe was one of Wayne Taylor Racing's full-season drivers last year in the DPi ranks, but both he and teammate Renger van der Zande were both axed for the team's switch from Cadillac to Acura machinery in favour of an all-new line-up.

It marks a return to the GT ranks for Briscoe, who was part of the Chip Ganassi-run works Ford effort from 2016 to '19, and a first outing in the GTD class.

“I’d like to thank Giacomo for the opportunity to join Scuderia Corsa for this coming Rolex 24 at Daytona,” Briscoe said.

“This will be a new challenge for me racing in the GTD class in a Ferrari.  I’m very grateful and will do my part to fight for the victory and can’t wait to hit the track in a few weeks!" 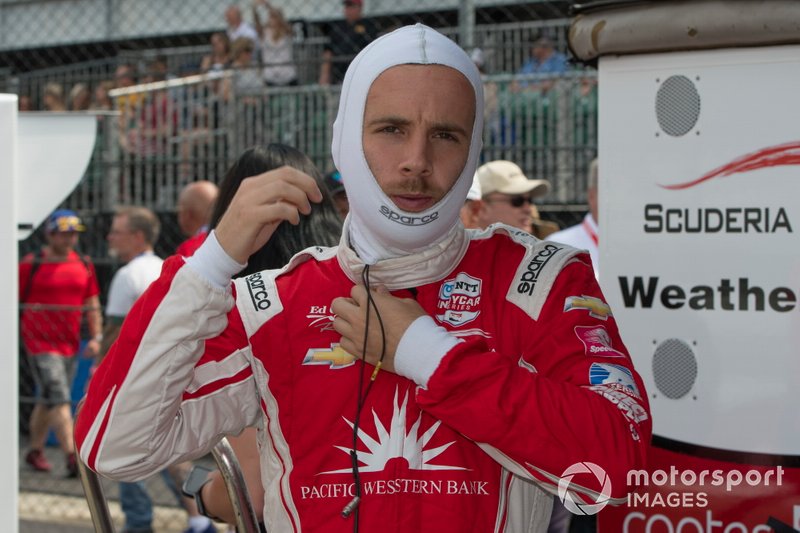 The Rolex 24 meanwhile will mark the first race outing for Jones since the conclusion of the 2019 NTT IndyCar Series season, as travel restrictions forced him to abandon plans to contest the DTM last year at the wheel of a WRT-entered customer Audi.

“First, it's great to be back with Scuderia Corsa because I have a great relationship with the team and everyone there,” said Jones, whose 2019 Ed Carpenter Racing IndyCar entry was run under the Scuderia Corsa banner.

“I look forward to going back stateside after a rough 2020 for everyone. I think we have the chance to start 2021 off the right way with a great result at Daytona.

"I think the team we have around us as well as drivers is a strong lineup. It should be the perfect opportunity to get a great result. The goal as always is to win. I think if we show the performance that Scuderia Corsa had last year, we can certainly be in position to achieve.”