Film review: Race Of Champions – On The Line

A new documentary to celebrate the Race Of Champions was released to streaming channels this week, charting a unique event on the motorsport schedule. CHARLES BRADLEY is your guide…

The Race Of Champions has been a part of motorsport’s fabric for over 30 years. Since 1988, crowds got to see their motorsport heroes from all walks of racing and rallying go head-to-head in a variety of settings in identical machinery.

The new documentary film, On The Line, recounts some of the most famous tales of the event’s history, which has wound its way from Germany to Gran Canaria to a stunning collection of the world’s most iconic stadiums. But the premise has remained the same: When the green light comes on, it’s racer versus racer, no matter what the venue or type of car. 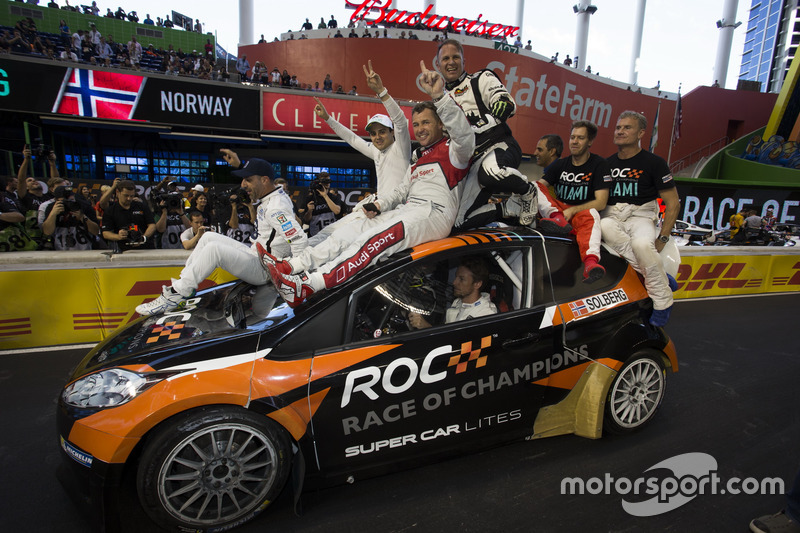 Telling the story with oodles of archive action, including recent voiceovers from the likes of event stalwarts David Coulthard, Tom Kristensen et al, On The Line charts not only the history of the event but the personalities that make it special.

Race Of Champions co-founder Fredrik Johnsson explains: “When Covid hit, we scrambled like everyone and realized we had this archive material over 30 years, and we found so much cool material, we got a team together to put a documentary together. We got many of the drivers to do interviews, and the team did a super, super job to put it all together with the footage.” 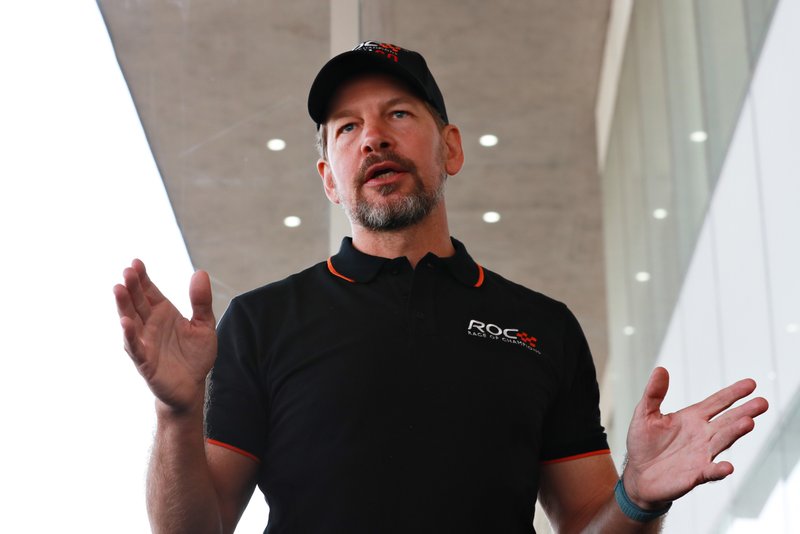 The first major event that truly put the ROC on the map happened on a parallel track situated around the Dunlop Curve area of the Nurburgring, and produced a legendary head-to-head between Walter Rohrl and Stig Blomqvist in Group B Audis. They were former teammates, of course, so the fact that the ‘original’ Stig – long before it became a thing on BBC Top Gear – beat his German rival on his home turf clearly meant a lot to the ice-cool Scandinavian.

The event then moved to Gran Canaria, where it truly found its spiritual home in the 1990s, on a spectacular side-by-side track that could be viewed from far and wide. And it’s here where the buzz started to extend way beyond the World Rally Championship, upon which it was originally focused. 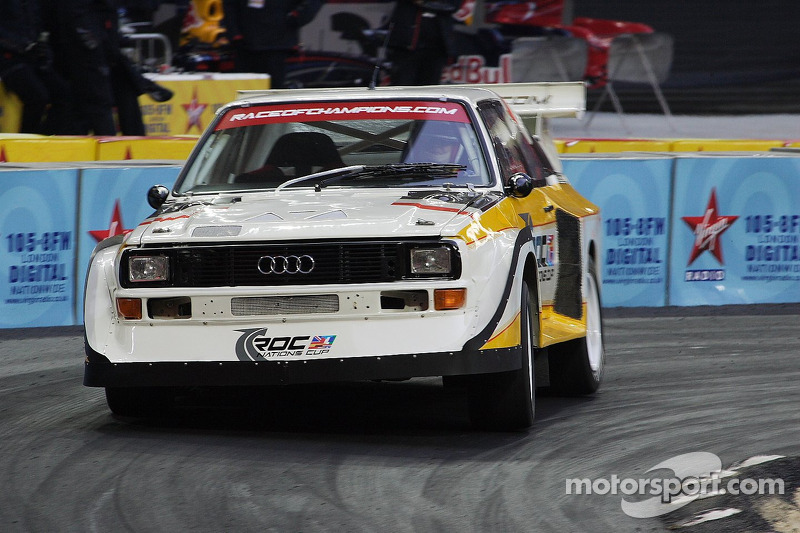 It also took a big step forwards when the Americans arrived, with NASCAR stars Jeff Gordon and Jimmie Johnson leading the charge. My favourite clip of the film is undoubtedly Gordon taking the passenger seat next to Marcus Gronholm in a Peugeot WRC, which Marcus flipped several times – much to Gordon’s sheer delight (he’s whooping before it even comes to rest upside down!) When Jeff exits the car, he jumps around like a child who’s sunk too much Sunny Delight – probably a legacy of a massive night out!

You can’t appreciate the ROC until you realise that it not only throws the drivers into competition, it creates a locker-room atmosphere that just isn’t repeated anywhere else in the sport. 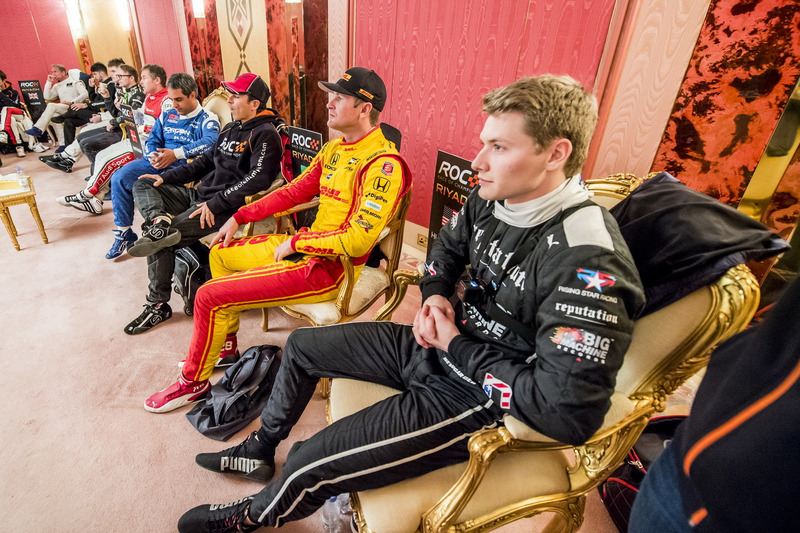 That carries on into the evenings, when the drivers all stay together for dinner and then… well, let’s just say when Colin McRae was around, the night was never going to end early (a tradition subsequently upheld, rumour has it, by fellow Scot Coulthard).

Then it’s back on to the track, and there’s nothing like a surge of adrenaline to clear one’s head; at one point, Schumacher quips: “Slowly the hangover from last night is disappearing and things are going straight again!” 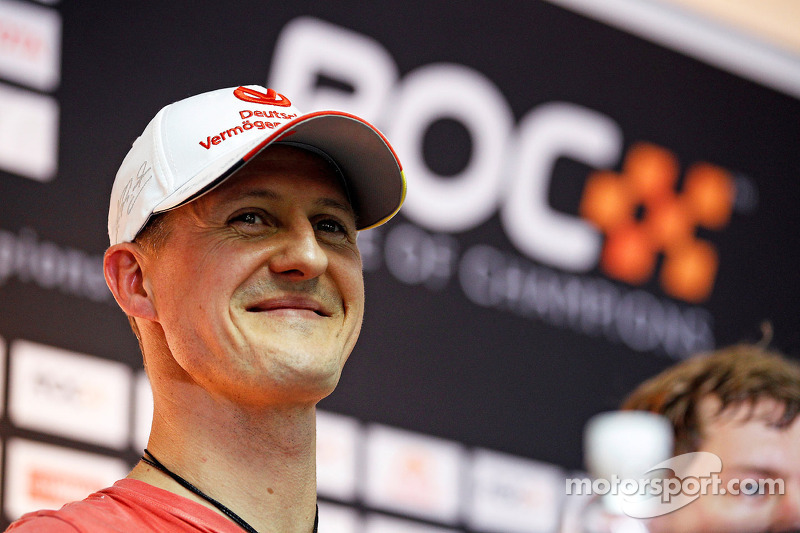 He adds: “In ROC the atmosphere is super out of the car, but there’s no excuses when they’re in the car, and their reputation is on the line. We’ve seen some incredible upsets, like Heikki Kovalainen beating Michael Schumacher and Sebastian Loeb. It creates an amazing experience of pure competition.”

A cracking anecdote is Sebastian Vettel’s presence at the events, which Johnsson reveals is all based around a handshake. When Vettel once questioned what would happen if the ROC clashed with his wedding day, he quickly came to the conclusion that he could simply get married on a different date! 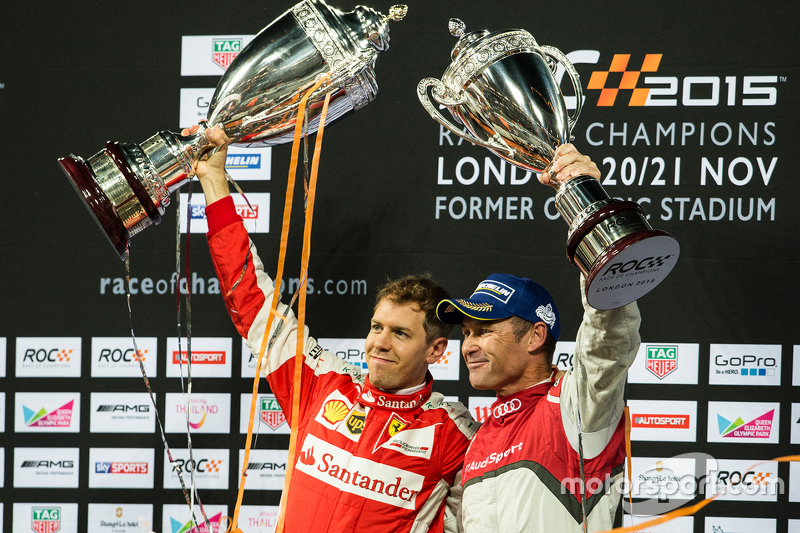 Another excellent strand of the film is extreme sports star Travis Pastrana’s epic appearances at the event across the years. It regales the amazing story of him seriously injuring his leg when a stunt went wrong, just minutes before having to get in a World Rally Car. Ever the entertainer, Travis certainly features prominently in the crash montage…

In recent years, the event outgrew its Gran Canaria home, and branched out into vast stadia like Paris’s Stade de France, London’s Wembley, China’s Birds Nest in Beijing, Dusseldorf, Bangkok, London again (this time at the Olympic Stadium), Miami, Riyadh and Mexico City. A brief return to an outdoor stage was at Barbados’s Bushy Park, an event where ROC stalwart Coulthard claimed victory. A 13-time Grand Prix winner, Coulthard reveals why it’s the only trophy he keeps at home… 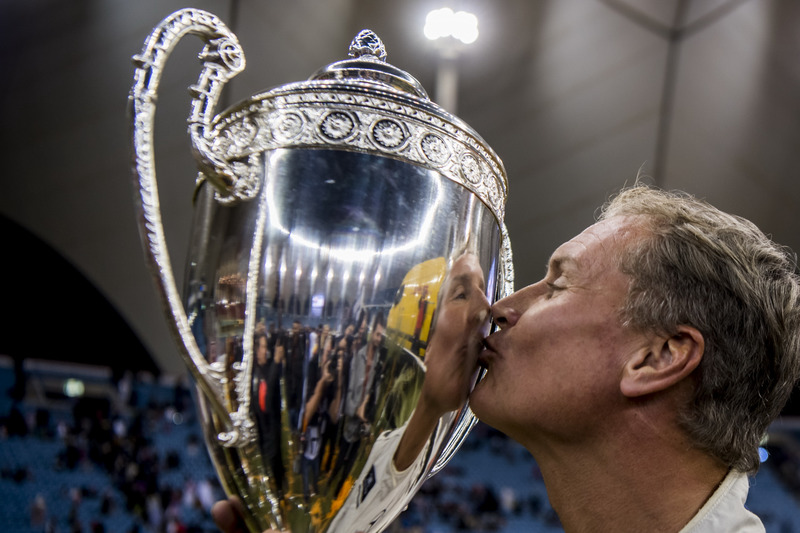 The 48-minute documentary is just a part of the Race Of Champions channel on dedicated streaming service Motorsport.tv, and more is promised as we bide our time before a new chapter, post-COVID 19, can be written at the end of next year.

“Going forward, our aim is to do a ROC with fans once – in the fourth quarter of 2021 or 2022, but we know there might be more COVID flare-ups, so we’re making plans to make the event with or without fans,” adds Johnsson.

Before then, On The Line is a fine introduction to the ROC’s story, which gives you an excellent flavour of this quite unique event.