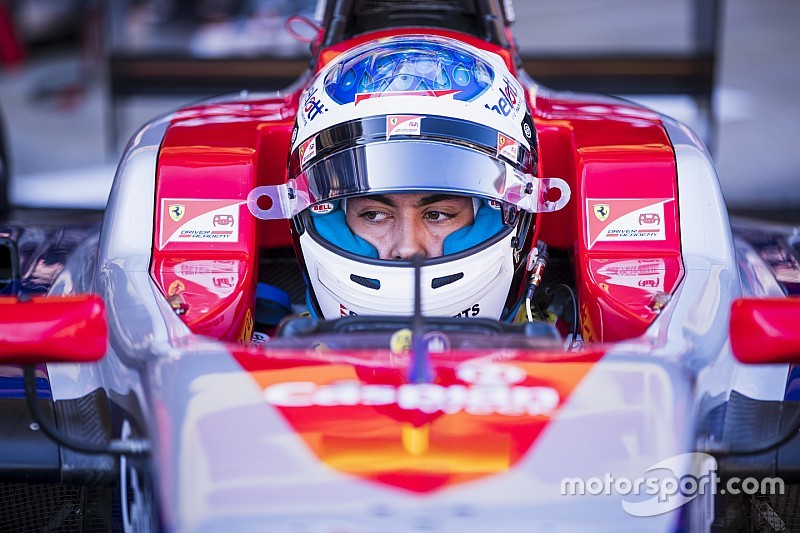 Ferrari junior Giuliano Alesi won the Barcelona sprint race, which was held under wet conditions and was interrupted by the safety car three times.

Starting second, Alesi took the lead off the line, surviving a near-collision with Jenzer duo Juan Manuel Correa and David Beckmann when the trio made small contact coming into Turn 1.

Alesi was then under pressure from the charging Anthoine Hubert, who went from seventh to second in one lap.

Yet, after Pedro Piquet spun and hit the wall on the exit of the back straight, bringing out the safety car, Alesi had superior pace for the rest of the race.

He rapidly pulled away on the restart to lead by 2.5s in three laps and also kept a safe gap after the second safety car stint, which was caused by Gabriel Aubry's off at Turn 7.

Finally, the race was once more neutralised, this time for Tatiana Calderon, who gambled to switch to slicks, going off at the same corner.

Only one lap was remaining when it was back to green, and Alesi won by two seconds over Hubert.

Jack Hughes completed the podium after a move on pole-sitter Correa, who ended up fourth.

Will Palmer had been the sole driver to gamble on slicks at the start, but the Briton was struggled for most the race and finished 13th in the end.

Beckmann was running third after the start, but suffered a puncture after he was tapped by Leonardo Pulcini at Turn 4, going off a corner later.

Like his teammate Calderon, Beckmann also gambled on slicks late in the race, but also ended up going off-track.