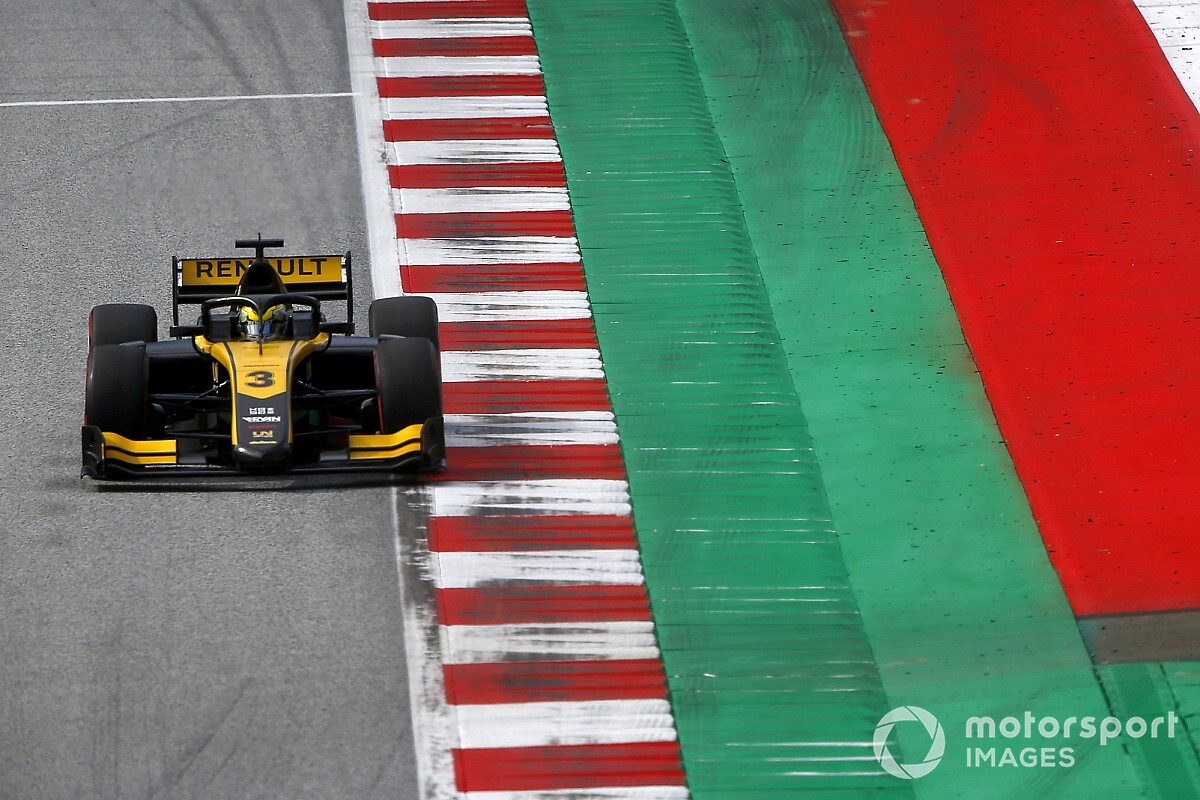 Renault F1 protege Guanyu Zhou blitzed his way to pole position as the FIA Formula 2 Championship made its belated season start at the Red Bull Ring.

The Shanghai racer was comfortably quickest on the opening runs as he begins his second season with the Norfolk-based Virtuosi team, and nobody else subsequently beat the time he set on his first set of Pirellis.

Zhou did though, lapping a further three tenths faster, and never looking threatened for pole position as he took the top spot by 0.464 seconds.

The second half of the session was a little scrappy – just as he had in free practice, Marino Sato caused a red flag by spinning into the gravel, this time at the tight Turn 4.

Then, when much of the field were on their final lap, Nikita Mazepin went off into the dust at the Turn 6 left-hander, notably preventing some from improving their times at the end.

The big shock of the session was Felipe Drugovich. After a dismal season in FIA F3, the Brazilian was making his debut in F2 with MP Motorsport, which itself had a difficult campaign in 2019.

But the Dutch team, which has Italian engineering brains bolstering its strength this year, watched with joy as Drugovich joined Zhou on the front row, although MP’s expected frontrunner Nobuharu Matsushita struggled onto the back row.

Drugovich was running just ahead of Callum Ilott on the road, and the Briton made it a 1-3 for Virtuosi with his effort, on his first race weekend with the team.

The Sato-triggered red flag was a reprieve for Ilott, who had returned to the pits after going out for his second run with an engine-related issue that the team quickly fixed during the stoppage.

Ferrari junior Schumacher had a new engine bolted into his car following his problems in free practice, and he will share the third row with Carlin-run Red Bull prospect Jehan Daruvala.

Daruvala was second at the midpoint of the session, with teammate and free practice pacesetter Yuki Tsunoda fourth, but Daruvala made no improvement on his second set of tyres and Tsunoda only a minor one as he faded to 12th.

Tsunoda looked to be on course for a quicker lap on his first set of Pirellis, but ran wide at the fast Turn 9 right-hander while avoiding Schumacher, who took the apex on his way into the pits.

Veteran Luca Ghiotto, second in free practice, headed Hitech GP’s charge on the team’s F2 debut by taking seventh, and he’ll line up on the fourth row with Prema’s Robert Shwartzman – the reigning FIA F3 champion was just behind spinner Mazepin on the last lap.