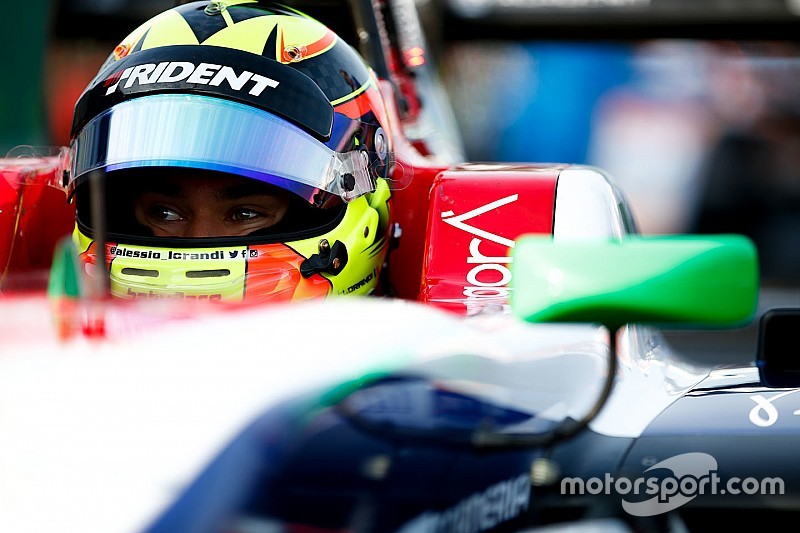 Alessio Lorandi will step up from GP3 to replace the axed Santino Ferrucci at Trident in Formula 2 for the remainder of the 2018 season.

Lorandi switched to Trident from Jenzer Motorsport in GP3 for 2018, and lies seventh in the points with one podium finish despite breaking his collarbone after June's Paul Ricard round.

Haas F1 junior Ferrucci was dropped by Trident after receiving a four-race ban for deliberately crashing into teammate Arjun Maini at Silverstone.

Now Lorandi will step up to join Maini in the Italian squad's F2 line-up starting with this weekend's Hungaroring races.

“I’m really happy and extremely motivated,” said Lorandi of his new challenge. “I will need to adapt myself to the car really quickly and there will be a lot of things to learn.

“I am working hard with the team to prepare for my debut at Hungaroring. I am really excited about this amazing new challenge.”

Team manager Giacomo Ricci added: “His experience and driving style impressed Team Trident’s technical staff, and they believe he is ready to make the step-up to Formula 2.

“Lorandi will receive maximum support from the team so he will be able to quickly learn all the secrets of the new series for him.

“With Alessio and Arjun, the team will be able to rely on a tight-knit pairing. They have already been teammates in Formula 3 [at Van Amersfoort Racing in 2015] so we are sure that they will work well together.”

Red Bull junior Dan Ticktum had been rumoured to be replacing Ferrucci but the Austrian firm has elected to keep him in European F3 for the immediate future.