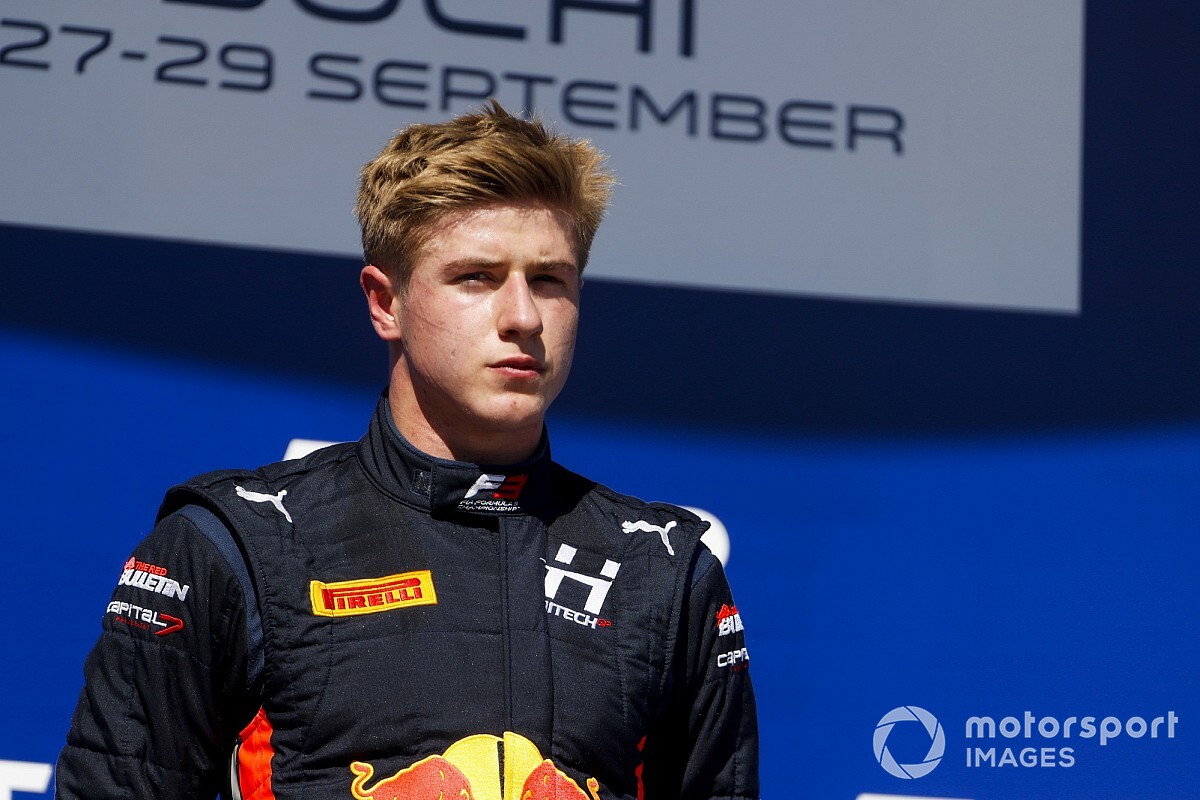 Vips, 20, has been part of the Red Bull junior programme since the end of 2018, and had been due to race in Super Formula this year, only for travel restrictions to complicate his plans.

Vips has instead made appearances in both F2 and the Formula Regional European Championship, and will now serve as Red Bull’s reserve driver in Istanbul this weekend.

Red Bull announced on Twitter that Vips had completed the required 300km in an F1 car to gain an FIA superlicence, meaning he would be eligible to race if required.

Vips will deputise for regular Red Bull and AlphaTauri reserves Sebastian Buemi and Sergio Sette Camara, both of whom are tied up with other commitments this weekend. Buemi is racing for Toyota in the FIA World Endurance Championship season finale in Bahrain.

Vips currently has 32 superlicence points to his name accrued through junior categories, but benefits from the recent changes to the FIA requirements that allow drivers with more than 30 points to be eligible if their programmes were impacted by the COVID-19 pandemic.

Vips is yet to make an appearance in Super Formula this year, with Red Bull appearing to have abandoned plans for him to feature in the Japanese series.

Team Mugen announced earlier this week that Vips’ replacement, Ukyo Sasahara, would be keeping his seat for the remainder of the season.

Vips joined DAMS in F2 as a replacement for the injured Sean Gelael from the Spa round onwards, and has scored 16 points in eight races, including a podium at the Mugello sprint race.

With Gelael set to return from his back injury for the round in Bahrain later this month, it is unclear if Vips will have any more racing duties through 2020.

He has not raced in the Formula Regional European Championship since the Mugello round last month, having scored three podiums in nine races this year.