Vettel "closer to retirement" than to another team - Perez 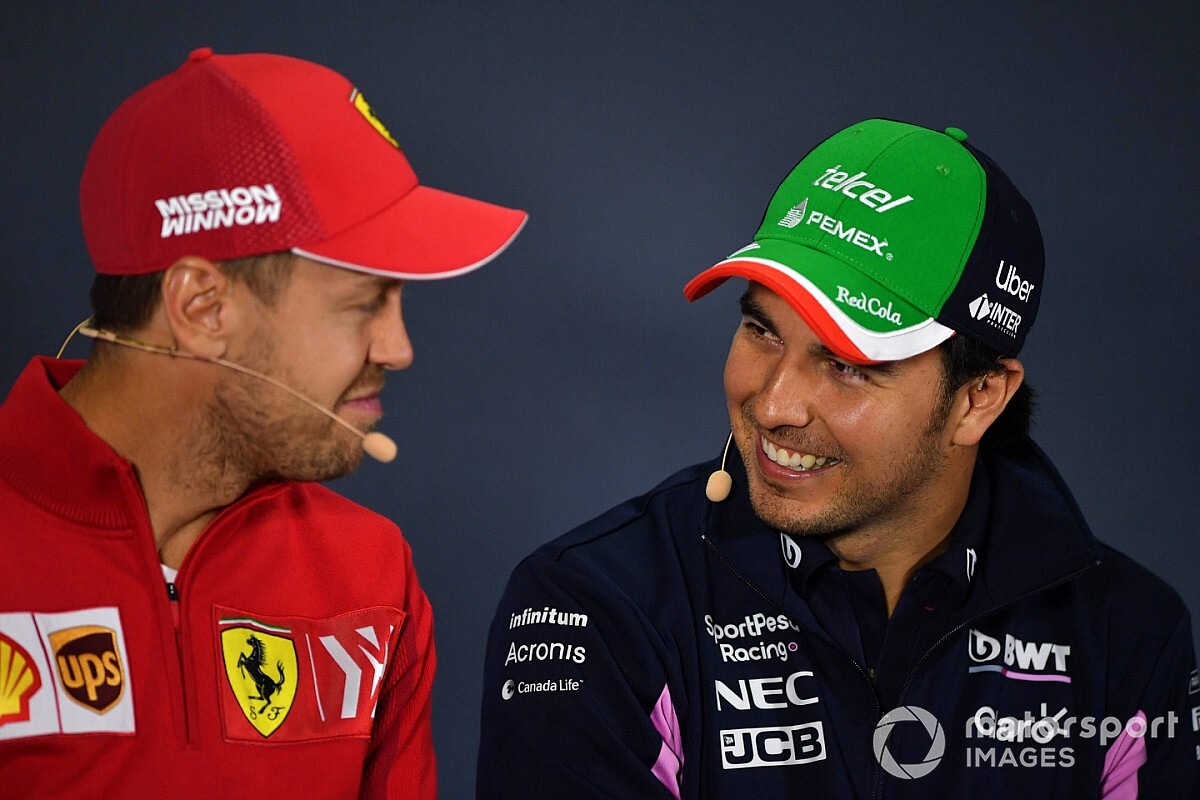 Sebastian Vettel is more likely to retire than drive for another Formula 1 team in 2021, according to Racing Point driver Sergio Perez.

Perez is committed to the future Aston Martin team until 2022 and thus has not figured in any silly season discussions since Ferrari announced on Tuesday that Vettel won't be staying with the Italian outfit in 2021.

Perez suggested that Vettel's departure was not a complete surprise.

"We'd heard things were maybe not going well," the Mexican told Motorsport.com. "Both sides not feeling as the years before. I think the Leclerc factor has been key there.

"Their bet for the future is clearly this young driver who has done an incredible first season with the team and I think from that you could see many other things stem.

"Maybe during this lockdown he has realised many things, and it has served him to reflect. It will depend on how much he wants it. His options to continue could be McLaren maybe, but I doubt it.

"It could be probably his last year in F1. I see him closer to retirement than to a different team, but we don't know. I speak more as a fan, I don't know exactly what's going through his mind."

Regarding the impact of the current break from racing, he added: "We live in the bubble which is F1, we're competing all the time, sometimes we think this is all there is.

"But when you look around and you see this different but incredible life we're not used to, it fills you inside and it takes away many questions about life, like when you think about what will happen when you retire, but you realise that there's a great life outside of racing."

Perez acknowledged that Sainz and Daniel Ricciardo were both good choices for Ferrari, and he believes that it represents a "unique opportunity" for the former, if as expected he is confirmed.

"In the end, sometimes you don't understand why a driver fits and another one doesn't. It will depend on their interests, what they are looking for from that driver inside the team.

"We're about to learn who that is. Both are very good options for the team. Carlos has had a great season with McLaren and, in the end in F1, you have to remember this is about the moment, about opportunities, there is a very short memory. He has high chances, and he deserves it.

"I think he is a great professional, an excellent driver, very hard-working, he understands the races well, he knows how to make the most of his opportunities, and well, I think it is a well-deserved opportunity to be considered beside Leclerc. He's young also, he has everything ahead of him."

Asked if going to Ferrari was a "no-brainer", Perez said: "Not for any driver. But racing for Ferrari is a unique opportunity, it's the team with the most history.

"The team has changed a lot recently, they didn't use to take on such young drivers as Leclerc and now they have.

"Maybe they want some competition between their drivers, it's difficult to know. We'll see about contract duration, et cetera, but that aside, it is an important seat on the grid that has suddenly opened."

Sainz set to replace Vettel at Ferrari for 2021

Why F1's transformation matters on its big birthday