The day of Max Verstappen ! 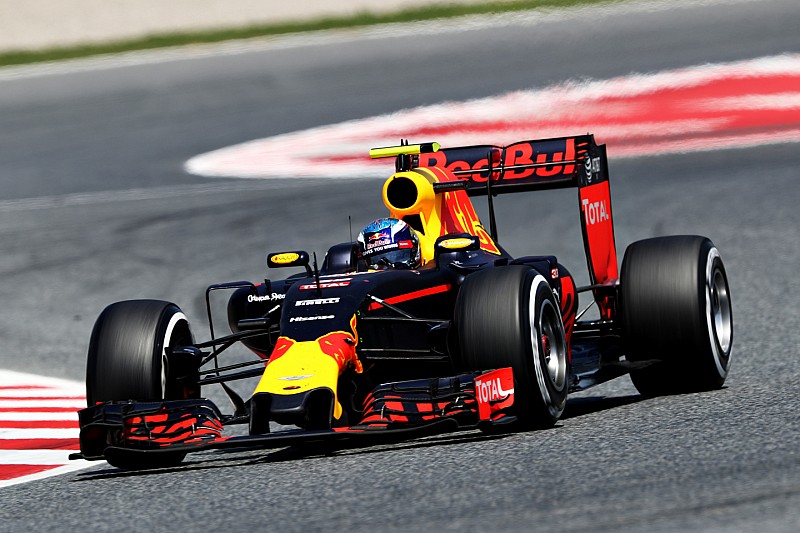 The new 'Flying Dutchman' has become the youngest ever race winner !

“It’s a very special feeling. Of course I didn’t expect to win; after the Mercedes pair crashed then you’re targeting a podium, but in the end to come out on top, it’s incredible. To hear the Dutch national anthem for the first time in Formula One, I have to think about my dad for sure and I heard he was crying, so yeah it’s unbelievable. He invested a lot of time in me and this achievement is also because of him. I wasn’t nervous during the race, I was just trying to focus and drive the best I could. We focused a lot on keeping the tyres alive because at my last stop I still had to do 32 laps until the end, but it worked out well!

With five laps to the end I saw Kimi was dropping off a bit, he tried a few times and of course it kills your tyres and from there I just like ‘okay, focus on the tyres now and bring it home’. I will for sure remember this and at the moment it’s just a great feeling. It’s amazing, I have no words for it. It was very good company on the podium, I mean Kimi even raced against my dad, so it’s very funny! I was celebrating a lot on the in lap and I got a bit of cramp, but that’s part of it!”

“Mixed emotions today, for sure. Some of it was just bad luck today, I was leading and then went on a three stop strategy, which meant I had to try and pass three cars on track, which isn’t easy. Seb had already jumped us on the pit stop, which resulted in more overtakes to get back to the front. In hindsight, a three stop strategy was the wrong thing to do, but maybe during the race it seemed like the right thing to the team.

I wasn’t content sitting in fourth so I tried to pass Vettel, I had a crack, but it didn’t work out. It really sucks to not even be on the podium and then the puncture at the end just rubs salt in the wound. It’s a big day for Max with his first race win, so congratulations to him. He got the job done, everyone questioned the decision during the week but he has proven today that he is a top class driver. It’s not hard for me to see Max on the podium, it’s just hard not to be there myself. Let’s move on to Monaco and hopefully we will both be on the podium next time.“

“A quite remarkable day for Max Verstappen who, on his debut for the team, has become the youngest ever race winner after producing an exemplary drive. After the first lap incident between the Mercedes, we were in a great position to get some points, but to take on the Ferraris who had a very fast race car was always going to be difficult. We had to make some difficult decisions in the race, as it wasn’t clear whether the two or the three stop was going to be quickest, so we elected to split the strategies.

We felt that the two stop was right at the limit, but Max made the tyres last and didn’t make any mistakes to score a very impressive victory. Daniel was obviously coming back through the field with much younger tyres, but unfortunately picked up a puncture with a couple of laps to go; otherwise I am sure he would have been on the podium too. But, there’s a lot to look forward to and it’s great to be back on the top step of the podium.”

Up close with F1's youngest ever race winner - Max Verstappen

Devastating day for the Silver Arrows in Spain