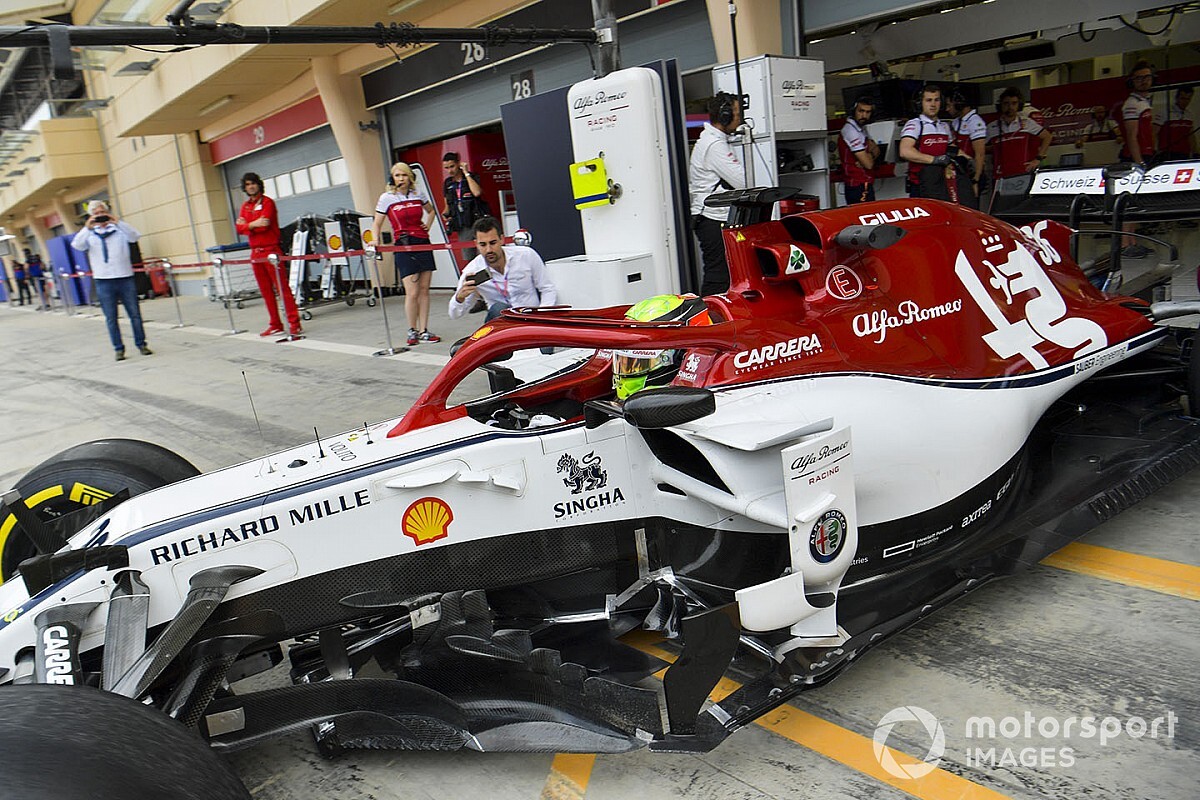 Mick Schumacher says he did not expect the performance he showed in his debut Formula 1 test this week, having found it “easy” to improve with Ferrari and Alfa Romeo.

Schumacher drove for Ferrari, the team his seven-time world champion father Michael won five F1 titles with, on Tuesday before switching to Alfa on Wednesday.

The reigning European Formula 3 champion and Formula 2 rookie was second-fastest in the Ferrari and then sixth-quickest in the Alfa, setting almost identical lap times in both.

Asked by Motorsport.com if he expected this performance ahead of the test, Schumacher admitted: “To be honest, not.

“But I guess because I had so much fun it was easy the work on my myself, to work with the team.

“Both teams were very open and very good in teaching me the points I had to know.

“Over the whole day I was able to improve and to find the limit."

Schumacher’s 1m29.998s on the second day in the Alfa was just 0.022s slower than he had managed in the Ferrari, which was the dominant car over the Bahrain Grand Prix weekend.

His Ferrari programme was interrupted by the prolonged rain that halted the test for several hours on Tuesday and the 20-year-old said although he had improved on his second day, comparing the times was difficult.

“[It was] very different conditions,” he said. “It is hard to compare the two days, the cars in front were very quick.

“But we did a decent job and we can be happy about it.”

Schumacher added that he had gained confidence by targeting “all the points of [Tuesday] that maybe didn’t work, or where I had the feeling of being able to improve”.

“It seems like it worked well, so I’m happy,” he said.

The Prema driver scored points in both races having recorded a best finish of sixth in the sprint race, which he started from pole position.

He said he did not know when his next F1 opportunity would emerge, with fellow Ferrari protege Callum Ilott due to drive for Alfa in the Barcelona test.

The next F2 race is in Azerbaijan at the end of the month.

“[I do not know] what is going to happen,” said Schumacher. “I’m looking forward to being in F2 again.

“Baku is a special track and it will be the first time for me.

“I’m going to do a lot of work with Prema in the sim and prepare for that.

“I’ll try to use what I’ve learned here and try to put that onto the track in F2.”

Red Bull form "cannot be worse" than in Bahrain - Verstappen

The headaches that will dominate F1 2019