Red Bull form "cannot be worse" than in Bahrain - Verstappen 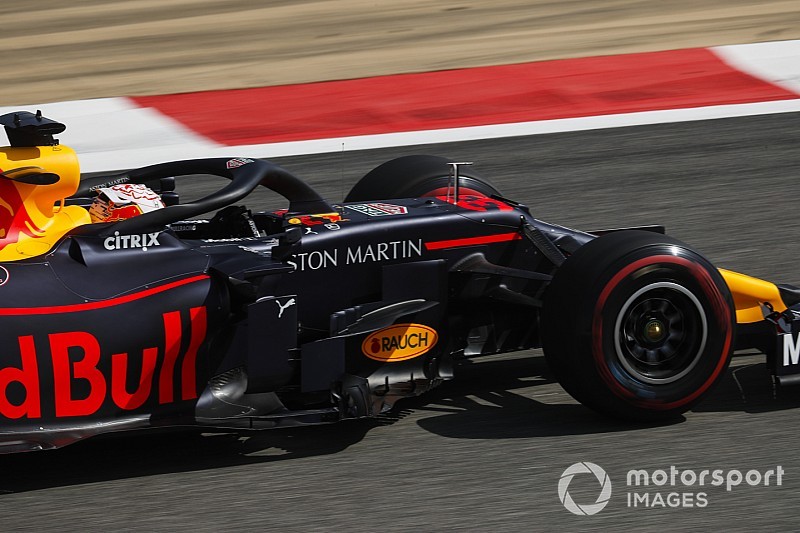 Max Verstappen says Red Bull's performance "cannot be worse" than in Bahrain and believes it can do "a lot better" than how it has started the Formula 1 season.

Verstappen has kicked off his 2019 campaign with a third place in Australia and fourth in Bahrain, but was unhappy throughout the second grand prix weekend.

Red Bull team boss Christian Horner admitted his team needed to find the "magic password" to improve its set-up, and Verstappen expects the next race in China to be better.

"It cannot be worse than what we showed here," he said after testing the RB15 in Bahrain on Tuesday.

"Also, we made some mistakes I think in terms of set-up. I think if you look back to Australia, we were actually quite happy.

"Of course it was still 20 seconds to Valtteri [Bottas, race winner], but in that race I couldn't go and push like I wanted to because basically I was always held up by a car.

"I think we can do a lot better than what we showed so far."

Despite cooler conditions and a rain-interrupted day at Sakhir, Verstappen believes this testing opportunity early in the season is well-timed for Red Bull.

He said Red Bull knew "what went wrong" over the Bahrain race weekend and described as "in terms of rear grip".

"You always want more downforce," said Verstappen. "It's also about how you can balance it and clearly we did something wrong during the weekend."

He added: "We did a good amount of laps to understand what went wrong on the weekend.

"I think we learned a lot from it already, so in that way I think it's very positive.

"We don't have that many days anyway to understand the car, during the weekend it all goes that quick.

"Just always doing one and a half hour sessions [in Friday practice] is not amazing.Doing a day like this is very helpful."