Ricciardo: Bianchi would have achieved the same as Leclerc 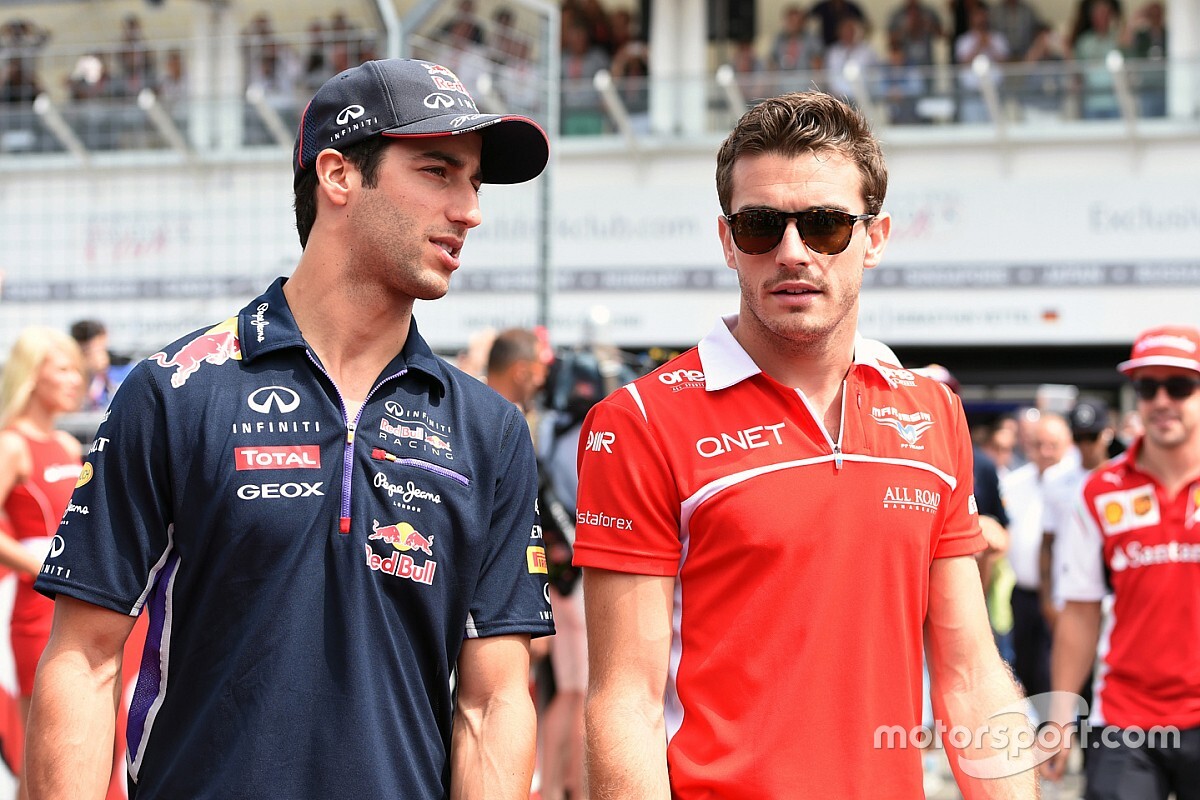 Daniel Ricciardo believes Charles Leclerc is currently achieving the success Jules Bianchi would have enjoyed at Ferrari, naming the late Frenchman as one of his most underrated Formula 1 rivals.

Bianchi looked on course to land a future seat with Ferrari after impressing as part of its young driver academy and while racing for the backmarker Marussia team in F1.

Bianchi scored the first points in Marussia's four-year history at the 2014 Monaco Grand Prix, finishing ninth in what is widely regarded as one of the great underdog displays in recent F1 history.

But Bianchi's career was tragically cut short after sustaining severe head injuries in an accident at Suzuka later that year. He died nine months later as a result of the injuries at the age of 25.

In a post on Twitter entitled 'Dan's Diary', current Renault F1 driver Ricciardo picked his five most underrated opponents from his time on the grid, naming Bianchi as one of them.

"It wasn't like Jules was underrated, but we never got to see him in a top car, so maybe people didn't appreciate how good he was going to be," Ricciardo said.

"You think of his drive in that Marussia in Monaco in 2014, the team's first points. Monaco is like Macau in that there's no way to fluke a result there. It was absolutely on merit."

Ricciardo said he feels the success Leclerc is now enjoying at Ferrari - winning two races during his debut season with the Scuderia in 2019 and beating four-time world champion team-mate Sebastian Vettel - is what Bianchi would have achieved with the team.

Leclerc and Bianchi were close friends. Bianchi was Leclerc's godfather and served as his racing mentor, with Leclerc's first visit to Ferrari's Maranello base coming upon Bianchi's appointment to its young driver academy.

"It's another part of what makes his story so sad, because [Bianchi] would have been in a top team and a race winner by now for sure," Ricciardo wrote.

"In some ways, I feel Charles is doing now what Jules would have been doing.

"It's like Charles is the delayed version of what Jules would have done with the success he's having."

Ricciardo first met Bianchi when the pair were in junior categories, but immediately felt he was set apart from other drivers.

"As a junior through karting, Jules was the guy," Ricciardo said.

"We met training at Formula Medicine in Viareggio in Italy and everyone, even at that age when we were all 17, everyone treated him like he was an F1 driver already.

"I got to know him and we became friends, and I quickly got to know who he was and what he'd done before I arrived in Europe."