Ricciardo: "I don't believe in luck or any of that crap" 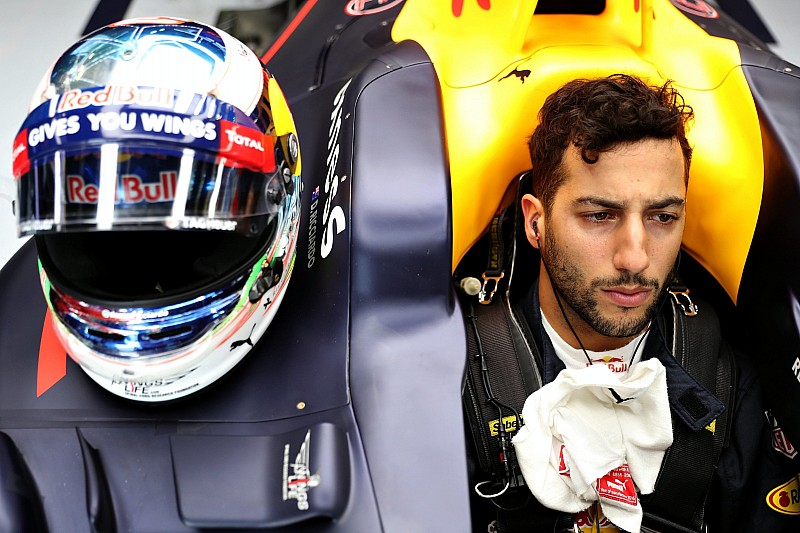 Daniel Ricciardo says he doesn’t “believe in luck or any of that crap” after another frustrating weekend at Silverstone saw him overshadowed by Red Bull teammate Max Verstappen.

While Verstappen finished third on the road in the British Grand Prix, which became second after Nico Rosberg's post-race penalty, Ricciardo lost any chance of fighting for a podium when the early Virtual Safety Car cast him adrift from the cars ahead.

Lewis Hamilton, Nico Rosberg, Verstappen and Sergio Perez all gained around 10 seconds on the Australian by pitting under the VSC after he had already made a stop under green flag conditions.

Although he was able to get ahead of the Mexican to claim fourth he had no chance to catch those ahead, and spent much of the race on his own.

“We lost our chance with the Virtual Safety Car,” said Ricciardo. “It just came out at an unfortunate time for me, and I think we lost 10 or more seconds behind the leaders, just with that.

"They had a free pit stop and were able to continue. It was just a bit frustrating.

“I would say things haven’t really gone in my favour the last while, but at the same time I don’t believe in luck or any of that crap.

"Hopefully coming to Budapest we can have a better one. I was probably more pissed off that the race was just a bit boring for me.

"I was alone for the most part, and again with that Virtual Safety Car putting me back there, it was like starting the race a long way behind the leaders. I was twiddling my thumbs for the most part.”

Ricciardo said the team didn’t consider a late switch to fresh rubber, despite having a useful advantage over those behind: “Not really. We tried something similar in Austria.

"The pace was still fairly constant at the time, we were around the 1m36-37s. Again we were just a bit unlucky at being put back at the beginning that we didn’t really have much to race for.”

Ricciardo said that race control made the correct decision on the use of the safety car at the start.

“I think it was there or thereabouts, within a lap. You could always argue that it could come a lap early. Some parts of the track were pretty good, but others were really bad.

"There was so much spray, and being in fourth, towards the front. I can’t imagine, 12th or 15th place, the spray would have been massive.

"I think more for visibility it made sense. Even when we got started, into Turn 1 I saw nothing, so they made a pretty good call.”