Mercedes has stayed true to its word by kicking off day one of the second test by evaluating more aerodynamic parts for the W08, as it looks to improve performance and establish what to use in upcoming races. 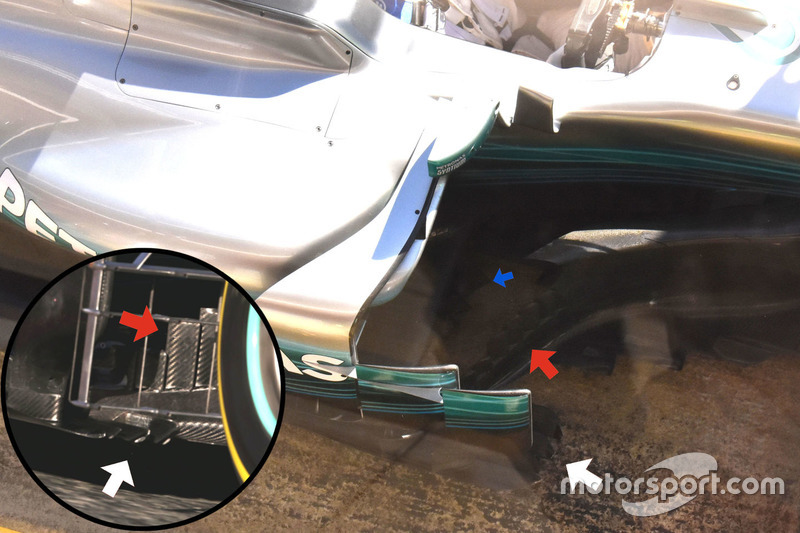 The area behind the front wheel and leading edge of the floor and sidepods was already an immensely complex area for Mercedes but, the team has raised its game further at the second test, installing an array of new parts.

The last quarter of the bargeboard now features a bank of vertical slots, much like the ones used on last year’s car (red arrow), allowing high pressure to filter into the low pressure region in order to improve airflow speed and efficiency.

The floor’s axehead has also been revised, with outstretched strakes replacing the flat surface that previously occupied this position.

These strakes are very similar to the ones used by the team underneath their bargeboards last season, a part they dubbed the ‘W-Floor’ (below). 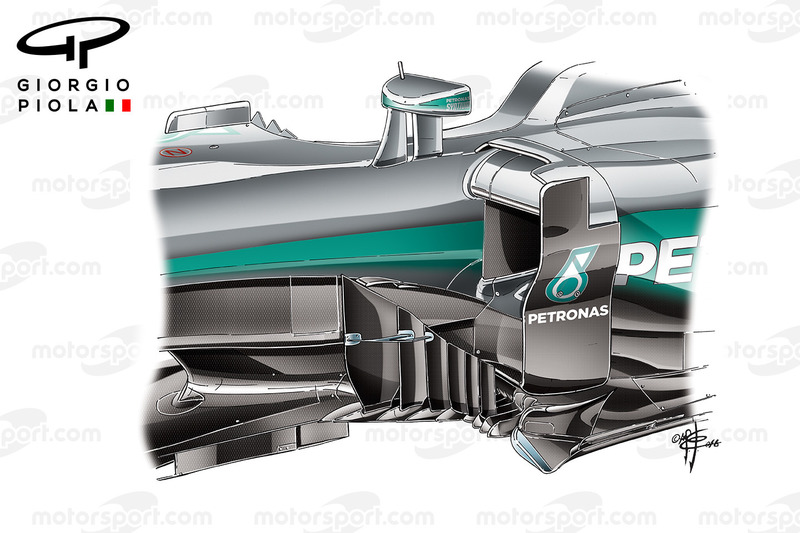 These strakes are used to tidy up the airflow the floor receives, which is already quite chaotic given the turbulence generated by the front tyre.

The team had already installed several of these strakes at the leading edge of the upturned floor (first image, blue arrow) in order to provide the same kind of service behind the bargeboard. 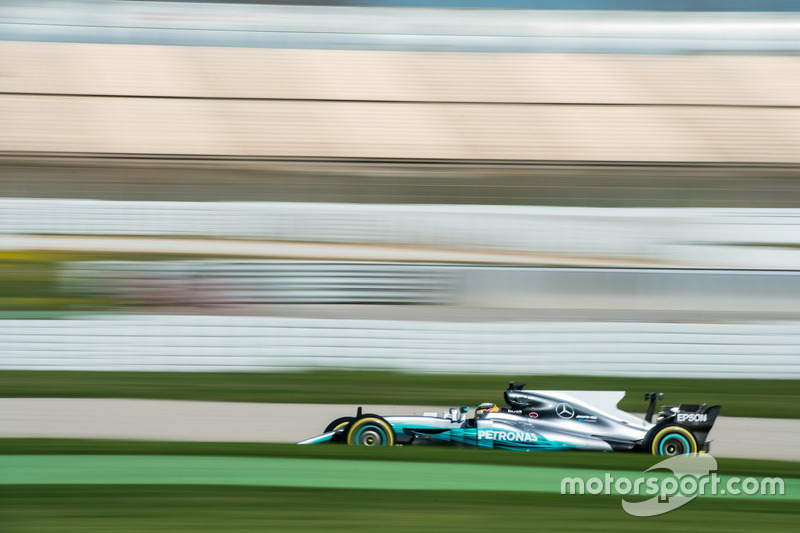 Having already conducted a test last week that featured a novel cooling chimney in the shark fin, Mercedes has switched to testing with a conventional appendage on the first day of this test (above).

This is all part of the team’s desire to test as many parts as it can ahead of the start of the season to ascertain what gives the best performance for each track.