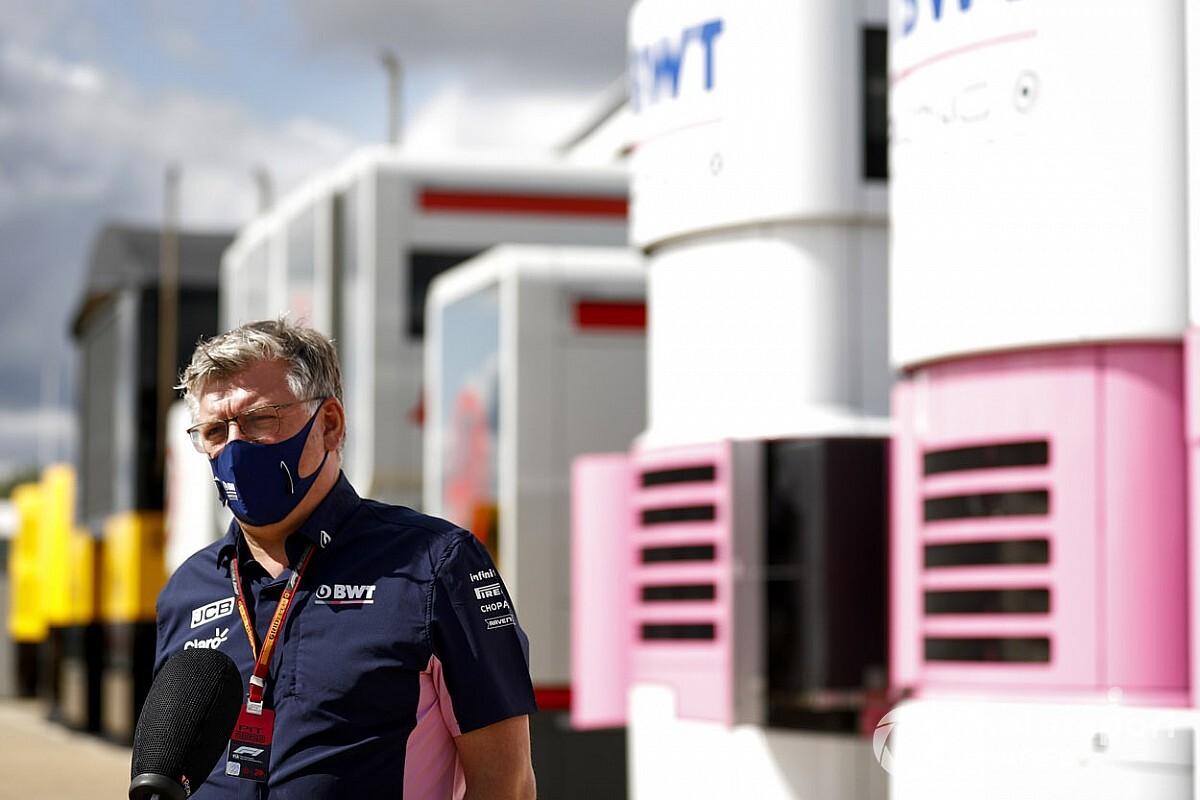 Racing Point Formula 1 chief Otmar Szafnauer says the FIA stewards' ruling over the design of its brake ducts is "bewildering", but is happy that the car is legal.

Following multiple protests from Renault, the FIA stewards announced on Friday that Racing Point had breached the sporting regulations in the design of the brake ducts for its RP20 car.

Racing Point has been docked 15 points in the constructors' championship and handed a €400,000 fine, but is allowed to continue using the brake ducts for the remainder of the year.

Szafnauer was pleased the team could continue to use the part, but did not feel it had been made clear in the sporting regulations that its design process was outlawed.

"The good news from the judgement was that the car is completely legal from a technical perspective, so we can continue to run the brake ducts," Szafnauer said on Sky Sports F1.

"Other teams have done exactly the same, probably even more than what we did in a way. It's a bit bewildering. However, we now have to decide whether our punishment is one that we should appeal.

"But like I said, the good news is we can continue to run this car as it is here, and thereafter, and it's legal."

The FIA did not accept Racing Point's argument that it had designed the brake ducts for the RP20 car from scratch, deeming Mercedes had been the principal designer of the part.

Brake ducts were non-listed parts last year, which could be supplied to customers, but are no longer classified in the same way.

Szafnauer said that brake ducts were the only part that had undergone such a change for the 2020 season in a move that Racing Point actually helped facilitate.

"There's only one part of the car that went from a non-listed part to a listed part, which is brake ducts," Szafnauer explained.

"I was there in the strategy group meeting when we voted for this. I supported this, going from a non-listed part to a listed part. Some teams didn't want this to happen, others did. I think we were the swing vote.

"We started this process well before the brake ducts were even contemplated moving from non-listed to listed.

Rival team bosses in paddock have said the case is crucial to defining future F1 models and the amount of sharing that happens between teams.

Szafnauer felt that any concerns over this would be allayed by the new regulations set to come into force for 2022, when a radical overhaul of the design of the cars is planned.

"I think all that kind of stuff should be addressed by the new rules in 2022," Szafnauer said. "There are different categories of parts there, and it's to address just that.

"It becomes even more clear in 2022, the regulations have been pushed out a year because of the virus situation that we find ourselves in.

"This kind of issue will completely disappear."