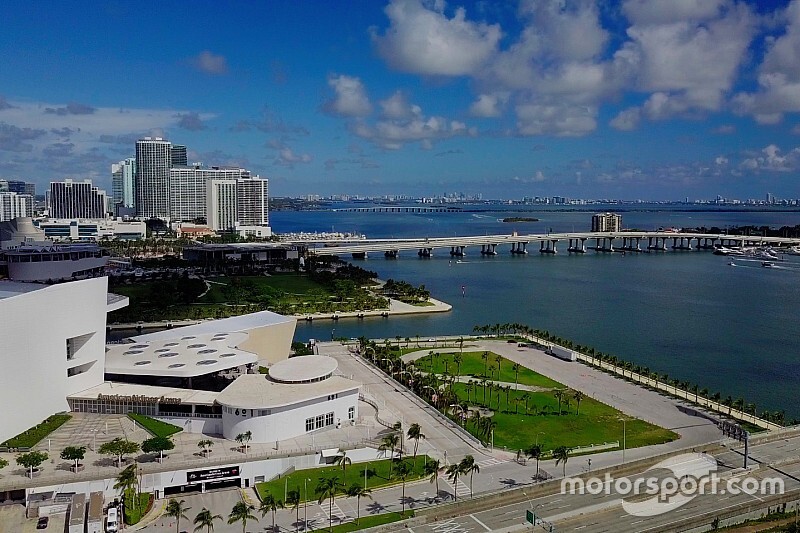 Miami residents have expressed their opposition to plans to run a Formula 1 race in the area around the city’s Hard Rock Stadium.

The stadium became the potential location for a Miami Grand Prix after plans to use the port and Bayfront Park areas hit the buffers. It is the home of the Miami Dolphins NFL team, whose owner Stephen Ross is the promoter of the race.

The area appeals because it requires fewer approvals from government bodies as most of the course is laid out in car parks on land that belongs to the stadium. However the provisional circuit plan also uses a roughly half-mile stretch of public road along Northwest 199th Street, to the south of the stadium.

On Tuesday evening representatives of the Dolphins met with residents of the Miami Gardens area and local officials at a public meeting.

According to the Miami Herald newspaper, a report commissioned by the Rolling Crest Lake Inc Homeowners Association suggested that the noise generated by F1 cars would resemble a jet taking off and reach over 120 decibels.

Acoustics expert Colby Leider, who compiled the report on behalf of the homeowners, warned that residents could suffer permanent hearing damage. He noted: “That’s like having firecrackers go off inside your house. I know I would not want this in my backyard.” He also quoted an article that likened the sound of current F1 cars to “a vacuum humping a goat.”

Marcus Bach-Armas, senior director of legal and government affairs for the Dolphins, said that the event could attract 200,000 people and pump money into the local community, noting: “It’s equivalent to having a Super Bowl that comes back every year.”

County Commissioner Barbara Jordan, who hosted the meeting, said she opposed the event.

“It solidified my position as a no,” she noted. “In terms of something this community does not want.”