Mercedes Formula 1 boss Toto Wolff admits his whole team feels “bruised” after a nightmare German Grand Prix, but insists that the outfit will learn from the experience. 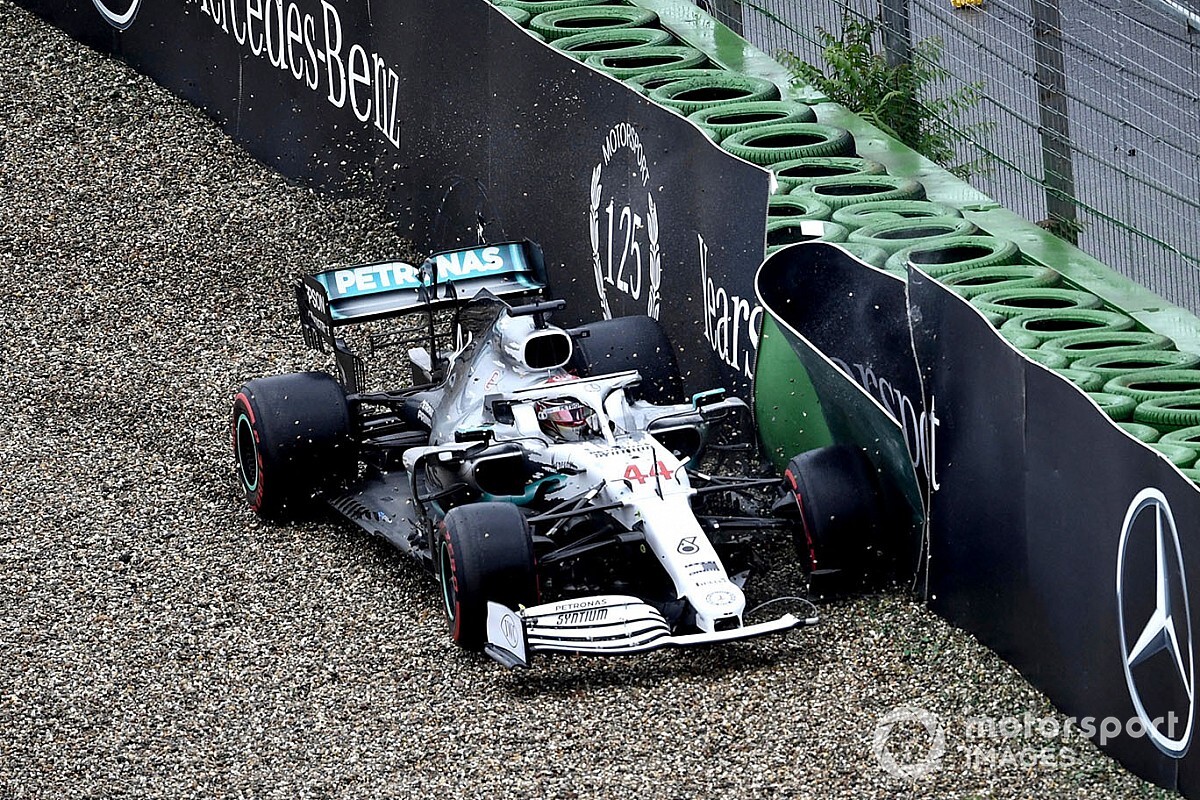 Mercedes endured a disastrous Sunday, with Lewis Hamilton finishing 11th on the road after an accident, a long pitstop, a penalty for missing the pitlane entry bollard and a high-speed spin from which he was fortunate to recover. Only the penalties for the two Alfa Romeo drivers allowed him to salvage two points in ninth.

His teammate Valtteri Bottas lost a chance to close the gap to the world championship leader by crashing heavily in the closing laps.

“I think everybody's pretty bruised,” said Wolff. “Because it's one thing if a race goes against you and you're losing a car, or you're crashing out, or you haven't done your best. But with both cars, not in the points, one out, one DNF...

Asked if Hockenheim was his lowest point as a team boss, Wolff said: “You've got to stay humble because we've won many races, I don't know how many, 80 or 90 races, and five championships.

“And this is why the pain is just so much more intense of losing than actually the joy of winning. But that's it.

“Is it the worst moment I've had? Well I can say that maybe the weather played against us today and we weren't 100 percent chiefs of our own destiny. Maybe in Austria last year when we had a double DNF, which was to our own doing, felt worse. But at the moment it's just very bitter.”

Wolff said none of the team’s problems could be blamed on the aero upgrade it brought to Germany.

“No, I think the upgrade worked, and we can see that on the data. There's certainly things to learn, how to tune the car with every major upgrade, maybe we need to tweak things.

"But that had no impact on our race result, the car was very fast in the beginning, but then you could see that just everything went against us, including to our own doing.”

Why Ferrari must be regretting its off-season changes

Promoted: How Bottas prepares to fight back