Toto Wolff has dismissed suggestions Mercedes’ German Grand Prix celebrations had turned out an embarrassment in light of its “Armageddon” race.

By:
Valentin Khorounzhiy
Co-author:
Adam Cooper
Listen to this article

Formula 1’s leading outfit ran a special livery and had its staff wear retro-style attire at its home race, in honour of the German car brand’s 125 years of motorsport involvement.

However, Mercedes would endure its worst race of the F1 season by far at Hockenheim, with championship leader Lewis Hamilton finishing out of the points after several mishaps and Valtteri Bottas crashing out late on.

Wolff said it had been a “terrible day” for his outfit, but quickly moved to dismiss any suggestion that the team had been compromised by the celebrations, or by giving access to the Netflix production crew for the weekend after having signed on for the second season of its ‘Drive to Survive’ documentary series.

When asked whether these circumstances had made Mercedes’ German GP failure an embarrassment, he said: “It's not embarrassing, it's motor racing. And sometimes you've got to take a slap on the nose, on the chin as you say, and just learn.

“These are the days that make us better. We've got to think about what went wrong today. If things come together, like with Valtteri crashing out at the end... I mean, this ends in an Armageddon weekend for us.

“And whether we are celebrating 125 years, have the board here or the Netflix guys, plays no role at all, probably we've given them more content than on any other normal weekend. So, we've got to stick the heads together tomorrow and learn.” 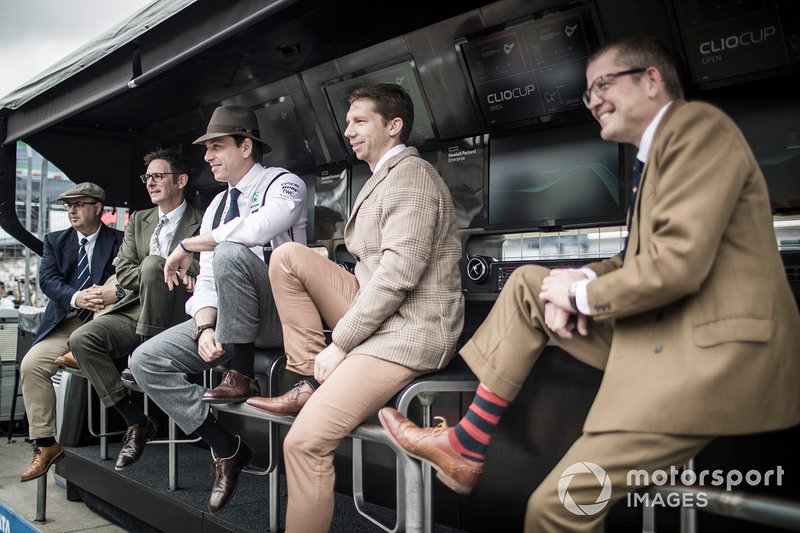 Mercedes controlled the race in an initial 1-2, but had “a multitude of things” go wrong as the race went along.

Hamilton had damaged his car after crashing on freshly-equipped slicks as the rain picked up, and was then left stranded during an unplanned stop as his crew scrambled to replace his front wing and fit new intermediate tyres.

He was then assessed a five-second penalty and was ultimately relegated out of the top 10.

“Everything started well at the beginning, and then obviously it was tricky for me to make the right call, and I think it was borderline whether to change tyres [from intermediates to slicks] or not, but that can be justified,” Wolff said.

“But obviously like Charles [Leclerc], Lewis put the car in the wall. It was difficult [for him] to come in around the bollard, so that was the penalty, and then we made the wrong call with the tyres, tyres were not ready.

“[It] can happen if you crash right on the entry of the pitlane, but nevertheless we lost a lot of time with the wrong tyre call there, so we need to take ourselves by the nose there.”

Alfa Romeos penalised, Hamilton and Kubica in the points