Mercedes will prioritise Lewis Hamilton in the Formula 1 championship fight next season, according to his former title rival Felipe Massa. 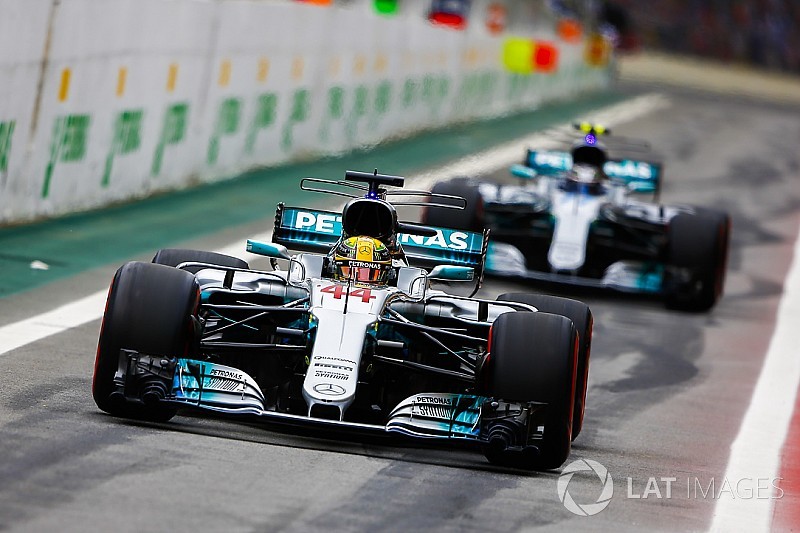 Mercedes usually operates a policy of treating its drivers equally, but Massa, who was beaten to the 2008 title by Hamilton, believes the world champion team will focus on the Briton next year.

“Next year the team is completely on his side 100 percent,” Massa told Motorsport.com. “So he has no issue with his teammate like he had maybe before [with Nico Rosberg].

“So many things are really on his side and he can just make himself better and better all the time.”

Hamilton won nine races in 2017, including five of the six following the summer break as he clinched the title with two races to spare.

His fourth title moved him into an elite list of drivers with four titles or more that features only Michael Schumacher, Juan Manuel Fangio, Sebastian Vettel and Alain Prost.

Massa was impressed with the way Hamilton handled problems with the car early in the year and the consistently high level he managed to achieve across the season.

“Hamilton did the perfect job,” said Massa. “He had some little issues in some races at the beginning of the season. He was just not on the pace and struggling with some stuff around the car, but I think they sorted it out.

“He is really doing an amazing job and having fun racing. So he is just getting the best out of it. He deserves everything that he has managed to achieve.

“This year, he made himself into a driver who has nothing to lose compared to any driver in the history.”