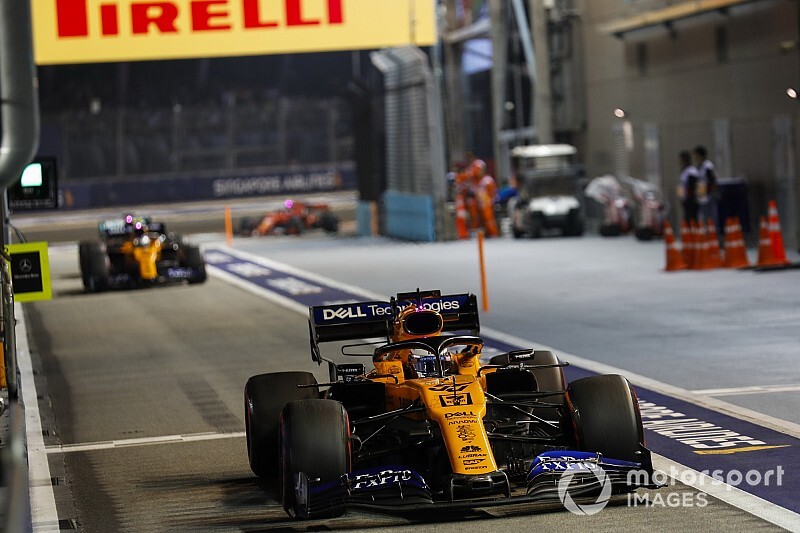 McLaren says that it is looking at some "conceptual changes" for its 2020 Formula 1 car as it bids to build on the progress it has made this season.

While the Woking-based team's 2019 challenger has been consistently at the front end of the midfield battle, it is well aware that it needs to make a step over the winter if it is going to be able to take the fight to the top three outfits.

With McLaren's current car having favoured aero efficiency over out-and-out downforce, technical director James Key has admitted that there could be some shift in where it places its aero next season.

Asked by Motorsport.com if he planned to change the concept, Key said: "I think there are some conceptual changes we need to look at, just because we're looking forwards.

"Even though there's a reg change on the horizon potentially, we are looking forwards, and we want to see how we can begin to generate the performance that allows us to take genuine steps towards those at the front.

"Everyone around us is doing the same thing, so I think you need some conceptual changes for that. But in terms of the numbers surrounding the car, I think it's actually not in a bad place.

"At a track like [Singapore] we're still pretty quick in a straightline, so efficiency is still there, but we can generate, at least competing with the guys around us, the sort of downforce levels you need.

"So I think fundamentally we won't change the numbers surrounding it, but conceptually it will change a little bit."

With McLaren locked in a tight fight for fourth place in the constructors' championship, Key says that the team is facing a tough balancing act working out how to split development between this year, next year and 2021.

"It's a transition period, but I don't think it's one of those periods where there is a clear cut way," said Key.

"Sometimes you say we're done for this year either because it's gone badly, or you're doing okay or you're in no-man's land and not under threat.

"I think for us the positive direction appears to be the case for the team this year. It kind of makes sense to continue that learning a little bit longer, but focusing on next year at the same time."

The realities of Hulkenberg's quest to save his F1 career

Gasly feels he can drive more "naturally" at Toro Rosso