Ferrari plan to replace Raikkonen with Leclerc back on

Charles Leclerc’s promotion to Ferrari in place of Kimi Raikkonen is back on track, because Ferrari wants to honour the plan implemented by Sergio Marchionne before he died.

As revealed by Motorsport.com earlier this year, Marchionne’s support of Leclerc meant the Monegasque had a serious chance of getting promoted to Ferrari after just one season of grand prix racing.

But such a move seemed to have cooled in the wake of Marchionne’s death, as his replacement as Ferrari CEO Louis Camilleri is a close friend of Raikkonen and wanted to see if the Finn’s recent upturn in form would continue.

However, growing suggestions over the Italian GP weekend indicate that Ferrari has elected to stick to the original plan and honour Marchionne’s idea of putting in Leclerc as Raikkonen’s replacement.

It is understood talks about the situation advanced at Monza, where Ferrari chairman John Elkann briefly met Leclerc.

Leclerc said at Monza on Sunday he had not been given a timeframe on a decision.

Asked by Motorsport.com if he had spoken to Ferrari’s new chiefs over the weekend, and about his relationship with Marchionne before them, Leclerc replied: “John came earlier here with Michael [Manley], the new FCA [boss] just to introduce the whole team to him and it was a good opportunity [to meet].

“But it was just an introduction than to speak about the future or anything.

“I’ve never had a direct contact with Mr. Marchionne, but he was speaking well about me all the time.

“Obviously it was always a pleasure to have positive comments, but I didn't have direct contact with him.”

Leclerc has been a star performer in his rookie season, bouncing back from a trying opening three weekends to score his first points with a sixth-place finish in Azerbaijan.

He has scored points on four more occasions, hauled Sauber into Q3 at three races and regularly bested his much more experienced teammate Marcus Ericsson.

However, a tricky run over the last three races – including first-lap contact in Hungary and the spectacular first-corner accident in Belgium – means Leclerc has not scored points since June’s Austrian Grand Prix.

“I don’t know, in the end they [Ferrari bosses] are the ones to take the decisions,” said Leclerc when asked if he had done enough to earn a race drive at Ferrari.

“They know which driver I am and then they will judge whether or not it is enough.

“I'm still young and I still have a lot of races to learn and in the case I'll go there it will be a dream come true, but it's not to me to say if I'm ready or not.

“They know me perfectly well.”

Leclerc has regularly referred to racing for Ferrari as a dream of his, and admitted it was difficult not to get sidetracked by that prospect.

“It's difficult to not have it in my mind because it's a dream since I was a child,” he said.

“But on the other hand, I'm trying to have it as least as possible in my mind to focus on what's going on at the moment.” 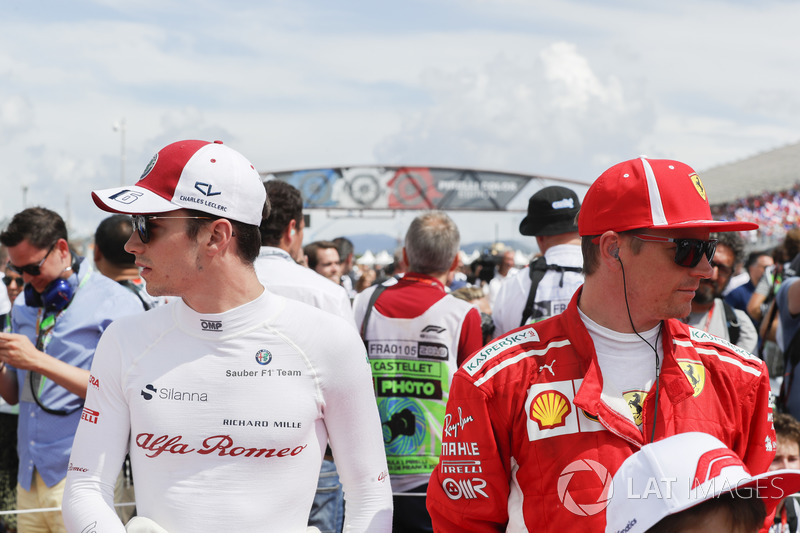 Vettel making too many mistakes to beat Hamilton, says Rosberg