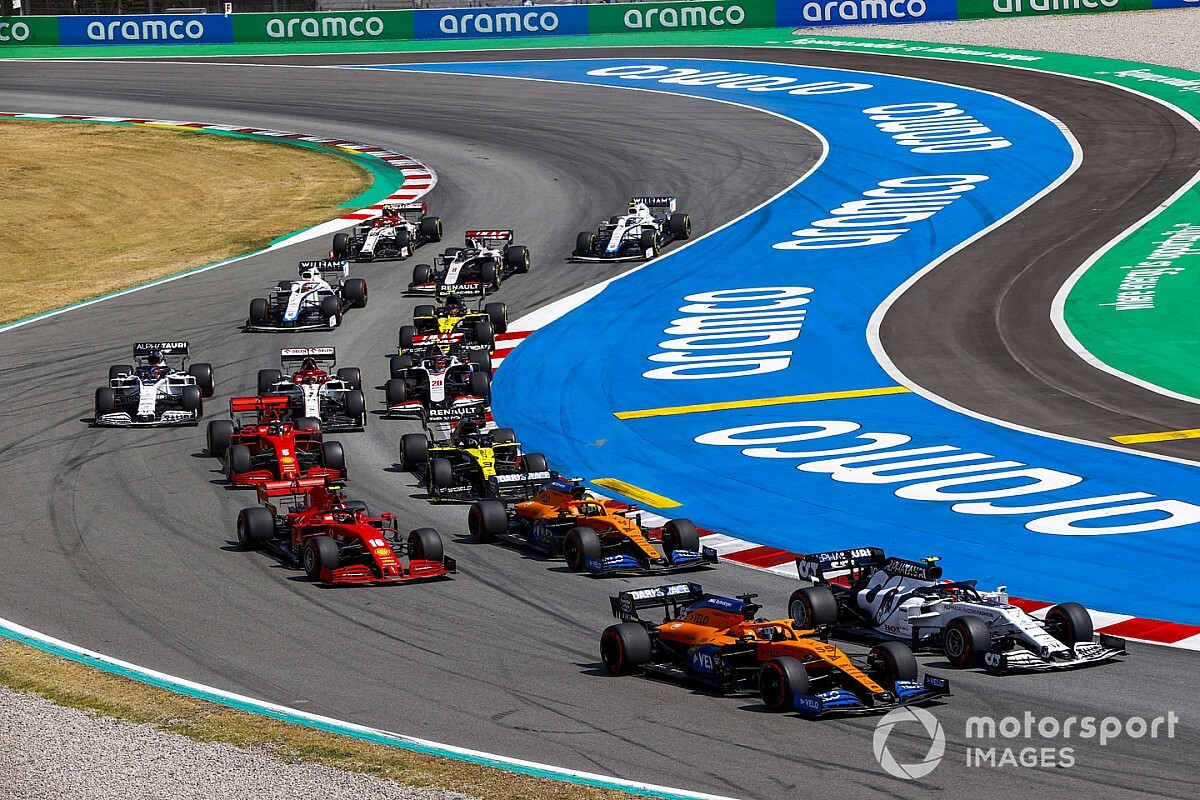 McLaren Formula 1 driver Lando Norris admits that he didn’t take enough risks at the start of the Spanish GP, where two lost positions proved expensive for the Briton.

Norris qualified eighth at Barcelona but lost out to both Pierre Gasly and Charles Leclerc at the start, dropping to 10th.

He spent much of the race chasing the AlphaTauri and finished still in 10th place, although at the flag the Ferrari driver ahead of him was Sebastian Vettel rather than Leclerc.

“I just didn't risk enough into Turn 1 and that's where I lost my position," said Norris. “So that's just something I need to do better next time. It's just a risk into Turn 1, it's always a risk. But maybe I should have taken more risks.

“I know it's a very difficult race, a very difficult track to overtake on and to race on. So every little position is really going to help in a race. So maybe I really should have risked more, but it's not something I've always been struggling with, it’s something that I improved a lot since last year, and I've been taking the right amount of risk.

“And this one I just didn't take quite enough, and it backfired on me. So sometimes you win from it, sometimes you lose from it. That's, that's just the way it is. And this weekend, it didn't work out.”

Norris' teammate Carlos Sainz enjoyed a strong run to sixth place in his home race in Barcelona after missing out on points in both races at Silverstone.

Sainz started the race from seventh on the grid and was able to jump the Red Bull of Alex Albon, who started immediately ahead of him.

Sainz had finished 13th in the previous two events; the McLaren driver suffered a late tyre failure in the British GP, while he was compromised by a cooling issue in  the 70th Anniversary GP. The latter problem was finally solved with a change of power unit on Friday night in Spain, a race ahead of schedule.

“A good afternoon, particularly with the eight points,” said Sainz. “I think finally it's a bit of a relief for me after such a long stint of getting a very long run of bad luck.

“Also for the guy says, I think it's a confidence-building race, getting the strategy right, the pit stops right. I'd like to thank the whole team also because obviously an engine change also makes a bit of a difference.

“And today we could actually put on a fight with the Racing Points, which is a bit surprising, because they were very fast out there, and in the end of the race, we nearly gave him a headache with the lap times we were doing. So happy about that, and definitely a confidence-building weekend.”

10 things we learned from the Spanish Grand Prix

Why the end of "party mode" won't crash Mercedes' festivities