The key issues behind the Hamilton/Verstappen F1 investigations

Formula 1’s championship battle between Lewis Hamilton and Max Verstappen has taken an amazing twist at the Brazilian Grand Prix – with both drivers under stewards' investigation.

A series of remarkable events immediately after qualifying has left the paddock on tenterhooks as it awaits to see if either the Mercedes or Red Bull driver is punished ahead of Saturday’s sprint race.

On Hamilton’s side, his Mercedes is being investigated for an alleged rules breach with his DRS, while Verstappen has been answered to summon accusations he touched his rival’s rear wing illegally in parc ferme.

Both incidents are likely to be treated very seriously and, amid an incredibly close title fight, the stewards’ decisions have huge implications.

Here we take a quick look at the key issues.

Early on Friday evening, the FIA’s technical delegate Jo Bauer sent a note to the stewards saying he believed Hamilton’s rear wing was not in compliance with the rules.

The issue here is the gap between the two wing flap elements that make up the DRS concept.

Article 3.6.3 of F1’s Technical Regulations covers this area and makes clear that when the wing is in its closed position, the gap between the two flaps ‘must lie between 10mm and 15mm’. 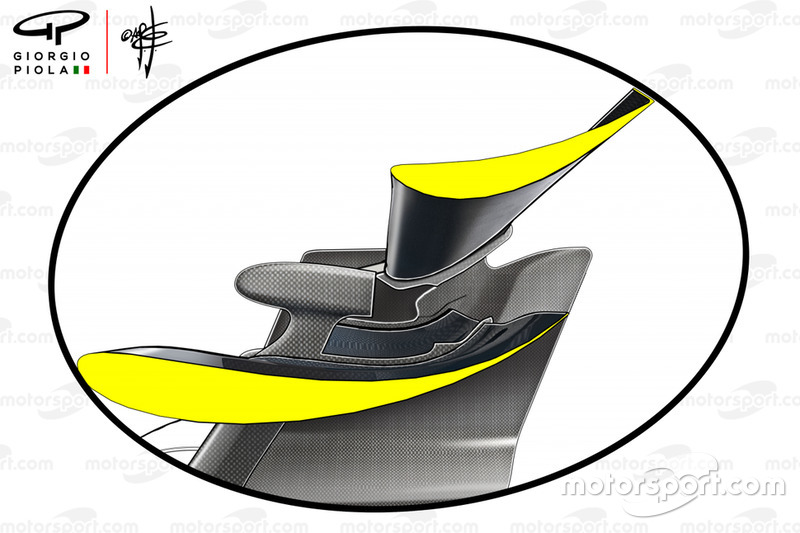 However, when the flap is open (as above) – so the DRS is in the position in which it is used for overtaking in race – then the distance between the elements must be ‘between 10mm and 85mm’.

In effect this means that there must be a maximum distance of 85mm between the two flaps when DRS is open.

Any gap bigger than this is illegal, as it could offer an extra straightline speed boost.

How is it checked? 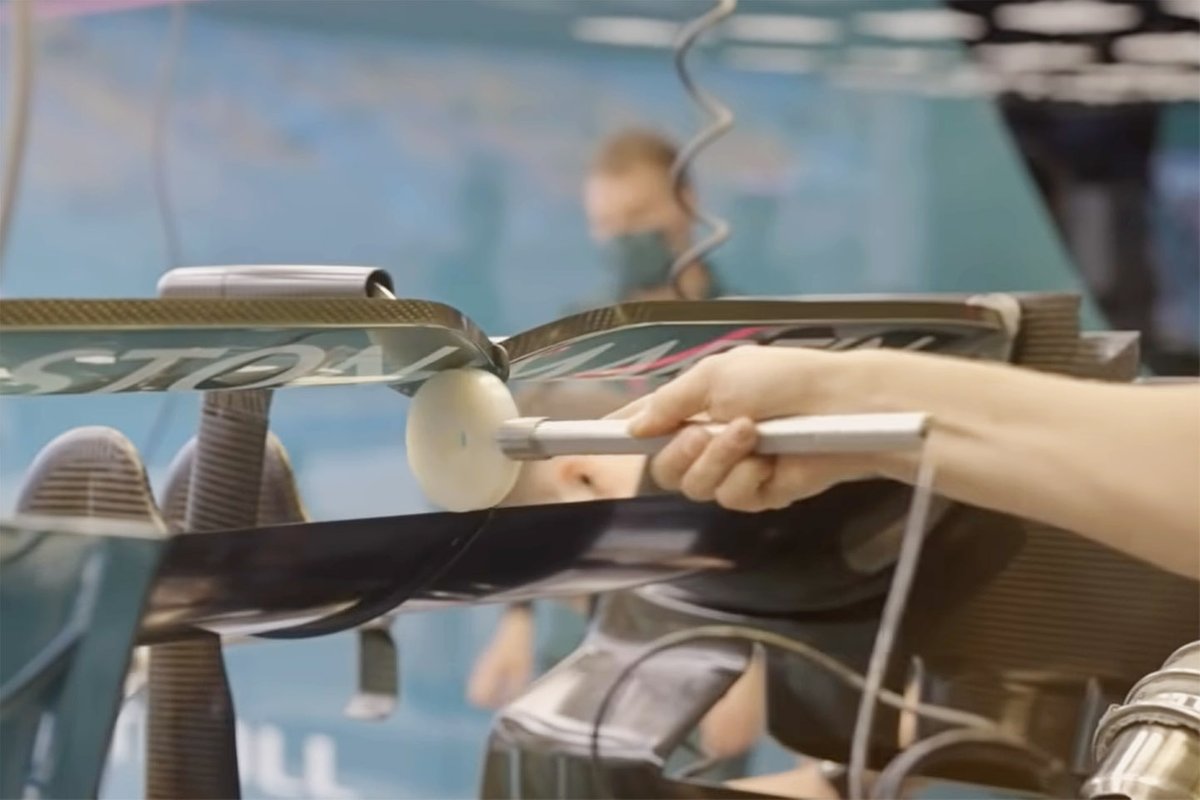 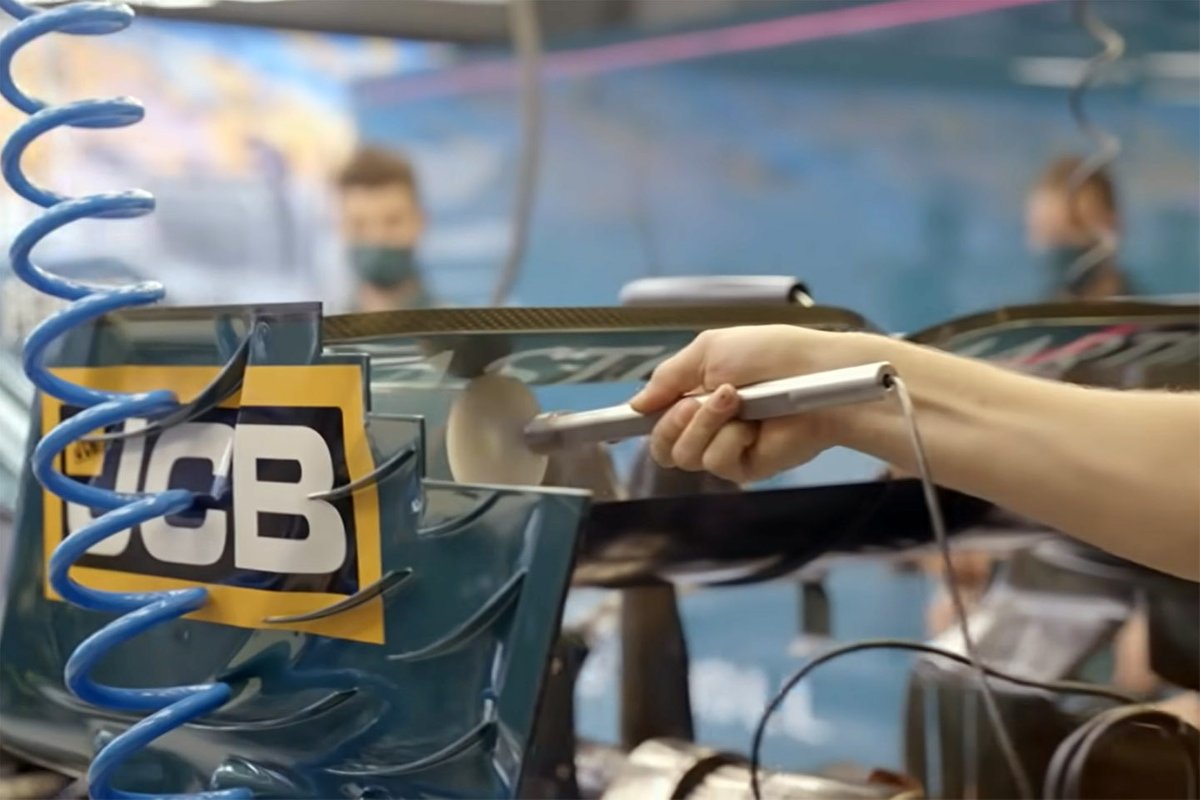 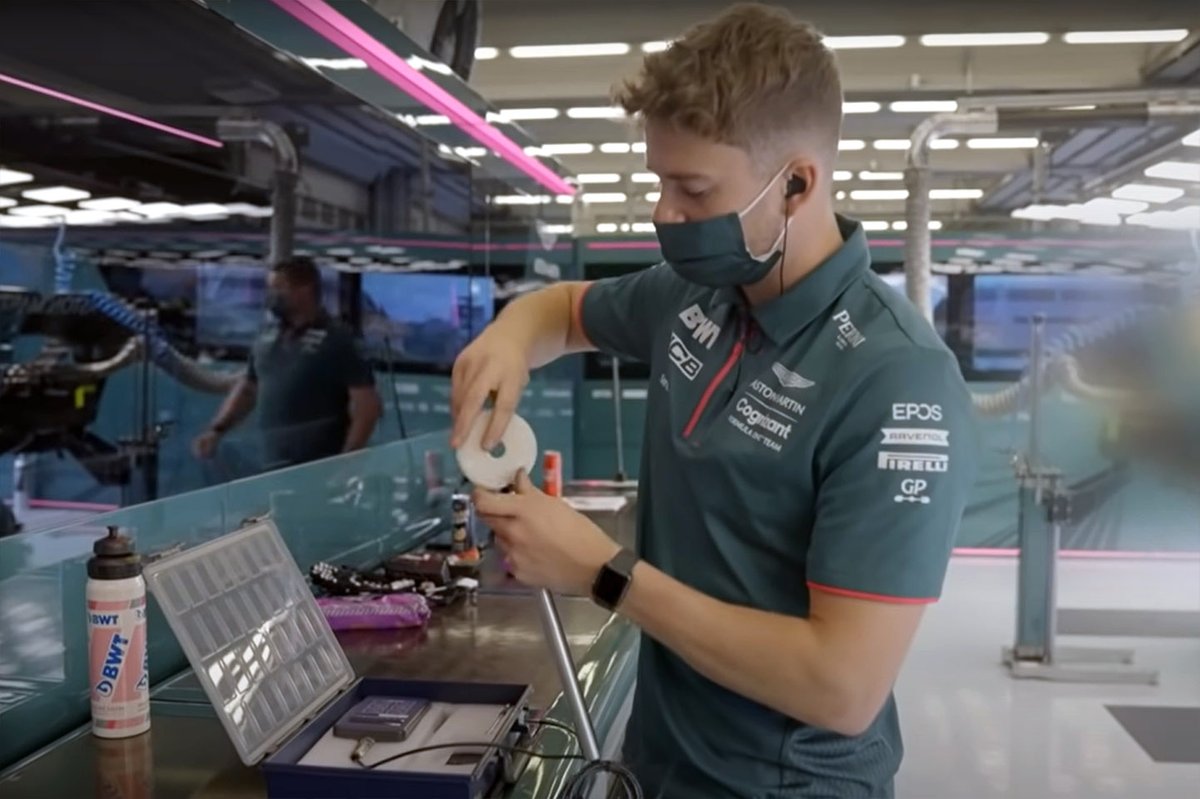 Obviously it is impossible for the FIA to check the distance between the DRS wing elements when the car is out on track.

However, a procedure has been laid out for the inspection to take place in parc ferme after sessions when the car is stationary.

It is understood that Article TD/011-19 covers how this is done, and relates to a special DRS probe that the FIA uses to ensure compliance.

This small 85mm-wide disc is put on the end of a stick and, with the DRS activated on the car in the pitlane, it is pushed through the gap between the wing elements.

A version of this probe, that the Aston Martin team uses to ensure itself its wing is legal, can be seen in a video that the team issued last month.

If the gap between the wing elements is greater than 85mm, then the probe will go through the wing gap and the FIA will deem the car illegal.

Observers on the pitwall at Interlagos on Friday night noticed the FIA conducting a lengthy examination with its probe, as Bauer captured images on his phone showing an FIA colleague pushing the probe through the gap.

What is the explanation? 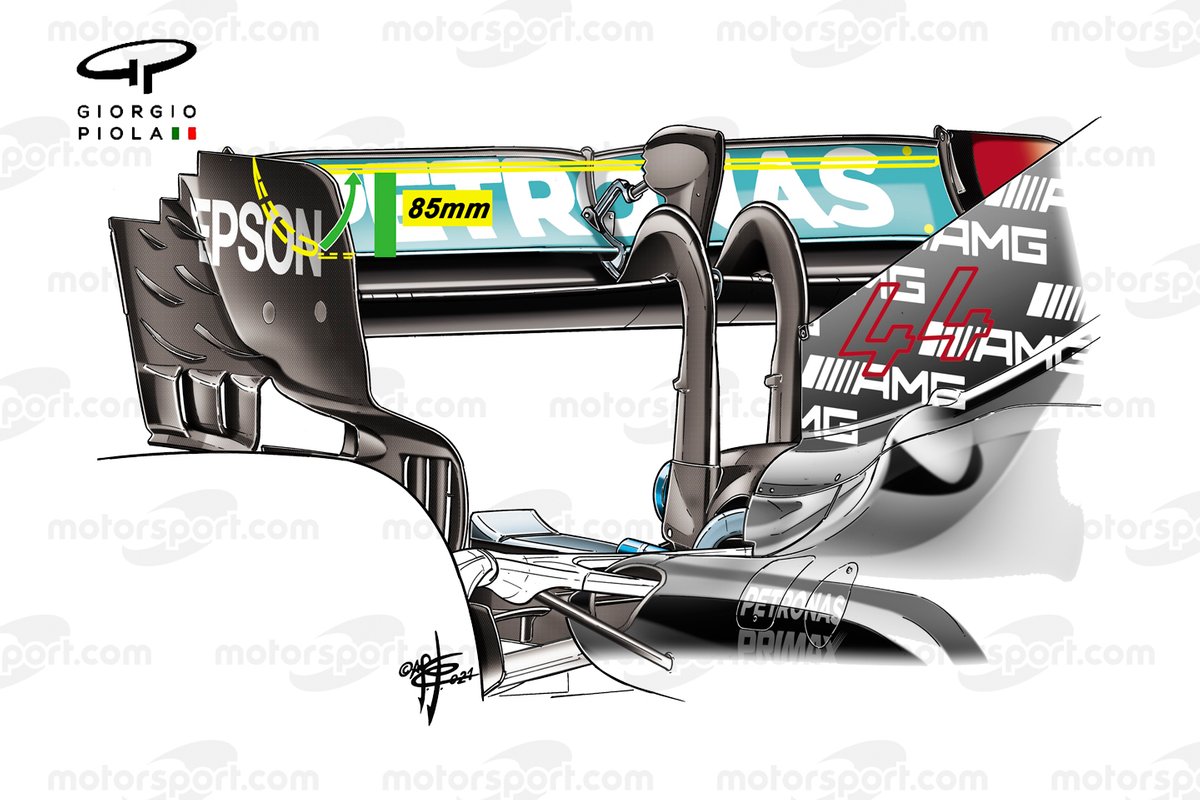 Mercedes has not yet spoken publicly about what has happened with its rear wing, but there clearly appears to be some complicated circumstances behind it.

At 10pm at Interlagos on Friday night, following several hours of deliberation, the stewards decided to adjourn their hearing to the following morning – suggesting the matter is not straightforward.

A standard technical regulations rules breach, such as a car being underweight or a wing element being too big, would normally result in an automatic disqualification.

Instead, the stewards asked for Hamilton’s rear wing to be impounded and put under seal, pending further investigations on Saturday morning.

The wing will be the same design that the team has used all season, and there is nothing to suggest that it has deliberately gone about trying something new to exploit the DRS rules.

One possibility is that something may have broken on the wing during qualifying, which has triggered the extra gap in the DRS.

Rival Red Bull, which has had some rear wing headaches in recent races, appeared to suffer its own DRS problems in qualifying with Verstappen’s wing flapping about on the entry to Turn 1 at the end of Q3.

This is something that Verstappen likely felt and triggered the parc ferme incident that has prompted his own potential rules breach.

What did Verstappen do?

While news of the Hamilton investigation erupted on Friday night, a fan video from parc ferme immediately after qualifying prompted even more intrigue.

In the video, which was widely circulated on social media, Verstappen is seen to be inspecting his rear wing as the top three cars are stationary in parc ferme.

In particular he appears to be checking out the gap between the DRS elements, potentially to feel if there is a problem or some flexibility.

But amazingly, Verstappen then walks over to Hamilton’s Mercedes and then conducts a similar check on his rival’s rear wing – touching the car.

This is in breach of very strict rules that prohibit anyone from touching cars in parc ferme conditions in case they attempt to interfere with the machinery.

Such a rule is laid down in the International Sporting Code, which is the FIA’s rule book that governs all of motor racing.

Article 2.5.1 states: “Inside the Parc Fermé, only the officials assigned may enter. No operation, checking, tuning or repair is allowed unless authorised by the same officials or by the applicable regulations.”

There is little doubt that Verstappen’s behaviour breached those rules, but it is not unusual for drivers to inspect rival’s machinery – with Sebastian Vettel having been videoed many a time checking out other teams' cars.

Numerous YouTube videos of Vettel in parc ferme, including him rolling cars forward with his feet to inspect tyres, and feeling for wing clearance gaps with his feet, have emerged over the years.

While Verstappen’s inspection of the Mercedes rear wing did not appear to involve much physical force, so was unlikely to have altered Hamilton's wing, that he touched a part of the car that is now subject to a separate FIA inspection makes it an extremely delicate situation.

Verstappen will now have to explain his behaviour to the FIA stewards in a hearing at 09.30 local time in Brazil on Saturday morning.

What could the penalties be?

It is not impossible that both drivers could be excluded from qualifying for what has happened if the stewards take a hardline approach.

Hamilton’s case is perhaps more likely, as if the stewards deem that his car was in breach of the technical rules then it is an automatic exclusion.

In Verstappen’s case, the matter is much more subjective – as it will be down to the four stewards to make a call on how serious an offence they deem his actions to have been.

For although his behaviour was innocuous, and is more likely to earn him a reprimand or a fine, the fact that he did touch the exact part of the Mercedes that is under investigation, means the situation makes it far from straightforward.

Mercedes could well argue that a simple touch from an outside party could be enough to have dislodged something and triggered the DRS rules breach – even if such a theory seems quite far fetched.

With the tensions in the title battle heating up, and the points situation at a critical point as Hamilton bids to not lose further ground to Verstappen, the outcome of what the stewards decide in the next few hours could prove even more decisive than anything that has taken place on track so far this weekend.