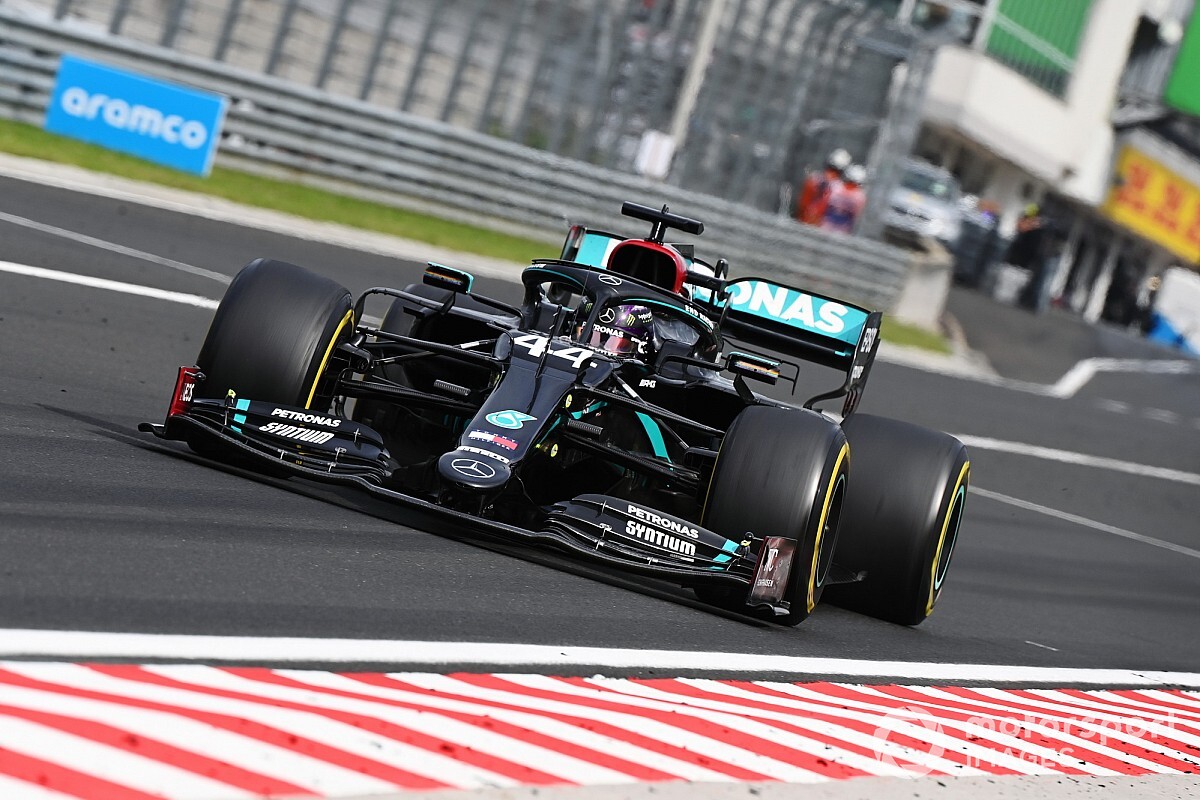 Toto Wolff says Mercedes can learn from the "confusion" in planning a late pitstop for Lewis Hamilton en route to victory in Sunday's Hungarian Grand Prix.

Hamilton dominated proceedings at the Hungaroring to score his eighth win at the circuit, enjoying an advantage of more than 20 seconds over Max Verstappen entering the closing stages of the race.

Mercedes told Hamilton with 10 laps to go it was planning a third and final pitstop thanks to his buffer to Verstappen that would allow him to retain the lead.

An initial plan to stop for hard compound tyres was scrapped before a switch to softs was also called off, with Hamilton being told to "standby" for a decision by race engineer Pete Bonnington.

Hamilton ultimately pitted at the end of Lap 66 to take a fresh set of soft tyres, allowing him to set the fastest lap of the race and score the additional bonus point.

Asked by Motorsport.com about the indecision on the pit wall, Wolff explained the team had changed plan about taking a late stop since the morning.

"Our communication was not great around that," Wolff conceded. "In the morning we agreed that we wouldn't pit for a quickest lap, that it was bearing too much risk.

"The call to pit around Lap 60 to protect against the safety car certainly would have been the right call, but then the gap was never quite comfortable enough. It was a second or two, then 2.5, then we hit backmarker traffic.

"Then obviously we communicated with Lewis, so at the end it was a bit of confusion, and four laps to the end he pitted to score the fastest lap.

"I think there's a lot to learn from the intercom conversation that we had in the garage, and the communication to the driver. [It was] certainly not 1A, but at the end the result counts."

Hamilton was grateful for the opportunity to try and claim the fastest lap bonus point, saying he had earned the chance to go for it by building such a gap.

"We have to weigh up the risks. I didn't push so much that I was going to make a mistake and go off, so it was a fully controlled lap," Hamilton said.

"I've lost a world championship in the past by one point, so I know how crucial it is to maximise on every moment.

"Valtteri [Bottas] had a great first race. At the time he had the fastest lap, I had the gap, and felt that it was necessary to get that point, particularly as I felt like I'd earned the gap that I had.

"Things like the extra pit stop, coming in, all these things do add to the risk factors. But we're a professional team.

"I believe it was the right decision to make."