The boss of Haas Formula 1 team title sponsor Rich Energy says doubting the legitimacy of his company or its products is “like saying man never walked on the moon”.

Haas unveiled its 2019 Formula 1 car on Thursday, complete with a brand-new black-and-gold livery to echo the colour scheme of its new energy drink backer.

Rich Energy was linked with buying Force India at the start of last year and then again in the summer, but conversations were played down by the team both times.

The company tabled a bid to buy Force India when it fell into administration, but a judge ruled its funding plan insubstantial.

However, in October Rich Energy signed its title sponsorship deal with Haas, and Danish newspaper BT reported last month that team boss Gunther Steiner said a payment had already been made.

Addressing criticisms about the company’s credibility and comments about the rare sightings of its products, Rich Energy CEO William Storey told Motorsport.com that he welcomed scrutiny and “the detractors are obviously not on the same planet as you and me”.

“I think a lot of people have put two and two together and got five,” he said.

“I’ve heard these nonsense rumours, whatever, and it’s just completely risible. I just ignore it.

Storey wants his company, which last year he claimed is backed by "four sterling billionaires” reported to include West Ham United Football Club owners David Sullivan and David Gold, to be in F1 so it can grow its profile.

He wants it pitched directly against Red Bull, which is the world’s best-selling energy drink, and said a fair explanation of Rich Energy’s lower profile is because it has so far been an exclusive product not available off-the-shelf.

“Actions speak louder than words,” said Storey. “At the end of the day when the tide goes out we see who is swimming naked, don’t we?

“Ultimately, I was very consistent from day one. Everything I’ve said has been the case.

“It’s interesting that all these so-called detractors have never met me and actually don’t know us at all.

“It’s speculation based on no information. Everyone who actually knew us and knew what was going on knew what we were about.

“All our detractors were not in possession of the facts.”

Storey said Rich Energy has been ready to enter F1 “for some period of time”.

He is understood to have had conversations with at least Williams and McLaren before signing the Haas deal.

“This was the best deal we felt was available with any team,” he said. “We’re delighted with Haas as a team.

“We think we’ve got a better product and brand than Red Bull and it’s fantastic to be able to compete with them on and off track.” 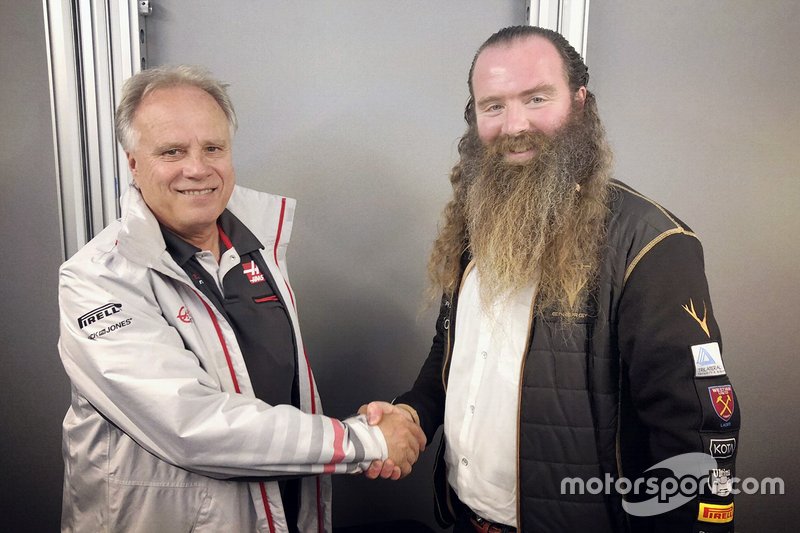 McLaren Formula 1 team boss Andreas Seidl has explained that being able to mask the car's lack of downforce in qualifying is behind the large discrepancy between qualifying and race pace.

After the 2006 Formula 1 British GP, Lewis Hamilton's father Anthony was a frustrated man, despite his son - at the time a star in GP2 - had just scored a memorable double win in that weekend's feature and sprint events.

Sergio Perez still believes “everything is open” in the Formula 1 title battles after the summer break despite some DNFs “killing” his season so far.