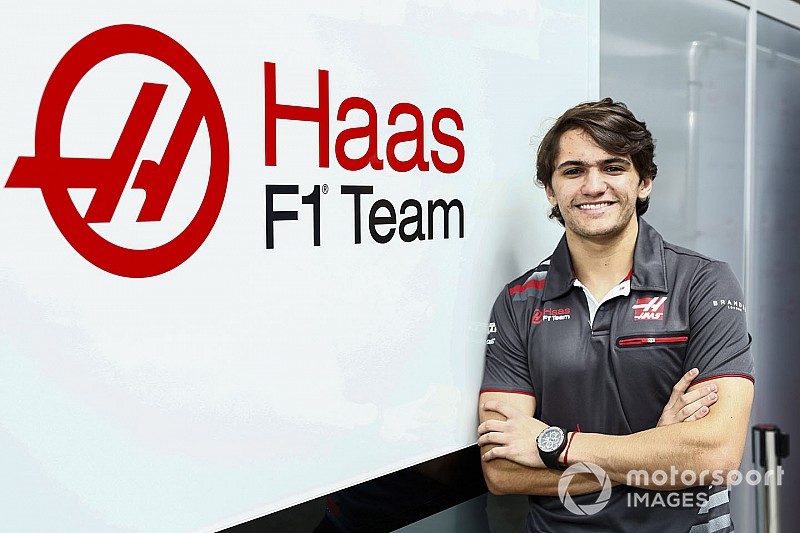 Pietro Fittipaldi, grandson of two-time world champion Emerson, will test a Formula 1 car for the first time in Abu Dhabi this month after landing a role with Haas.

Fittipaldi was in talks to test for Haas earlier this year before suffering a crash in the build-up to the Spa World Endurance Championship round that left him with a broken leg.

The Brazilian, 22, has now been confirmed as Haas's official test driver for 2019 and will begin that relationship by taking part in the opening day of the Pirelli tyre test after this year's Abu Dhabi Grand Prix.

Fittipaldi won the 2017 Formula V8 3.5 title and inked deals to race in WEC, IndyCar and Super Formula this season.

He has made six IndyCar starts and one Super Formula appearance but not contested any WEC events because of his crash in the BR Engineering LMP1 car ahead of the Spa season opener.

Five of his IndyCar outings, made with Dale Coyne Racing, have come since recovering from his leg injury and include a best result of ninth at Portland.

"I'm extremely appreciative to have secured a role with Haas as their test driver," said Fittipaldi.

"I'd like to thank Gene Haas and Gunther Steiner for the opportunity to join the team.

"They've done an incredible job in Formula 1, and to ask me to play a role in their continued success is naturally very exciting.

"I'm looking forward to getting behind the wheel of the VF-18 in Abu Dhabi.

"I'll carry that experience forward into 2019, and hopefully into a race seat in Formula 1 in the future."

Fittipaldi will hand over the car to his former FV8 3.5 rival Louis Deletraz for the second day of the test.

"I'm pleased to welcome Pietro Fittipaldi to Haas F1 Team and we look forward to working with him," said Steiner, Haas team principal.

"He brings a championship-winning pedigree from his junior open-wheel career, and more recently he has acquitted himself well running in the IndyCar series.

"We're happy to provide Pietro his first test in a Formula 1 car off the back of those experiences.

"His subsequent role testing, and the feedback he'll provide in support of our 2019 campaign, will no doubt further contribute to Haas F1 Team's growth and development in Formula 1."