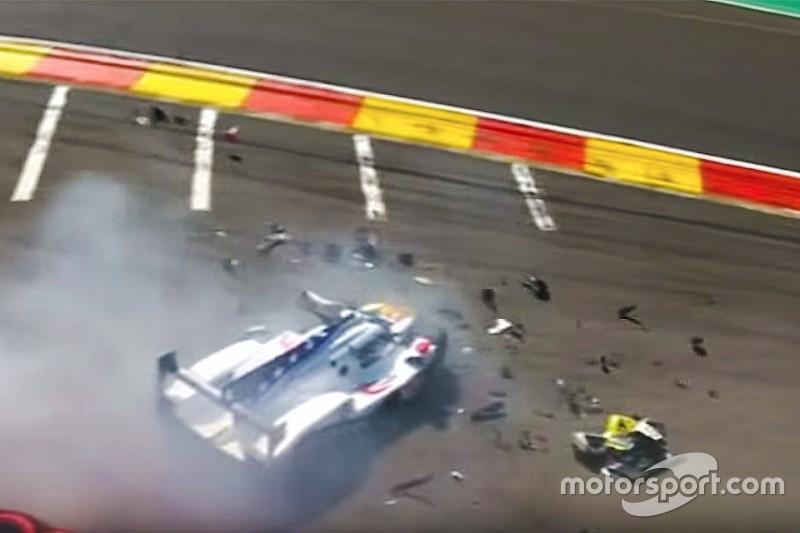 Pietro Fittipaldi has sustained "suspected fractures to both legs" in a heavy crash in qualifying for the World Endurance Championship season opener at Spa-Francorchamps, the FIA has confirmed.

Formula V8 3.5 champion Fittipaldi was contesting his debut weekend in the WEC, serving as stand-in for Renger van der Zande in the DragonSpeed LMP1 outfit.

The 21-year-old Brazilian crashed heavily during prototype qualifying, his BR1 swerving out of control and impacting into the barriers at Eau Rouge at high speed.

The crash forced a 35-minute interruption to qualifying as Fittipaldi was extricated from the car and taken to hospital by helicopter.

"The driver, who was conscious at all times, was attended immediately by the Circuit de Spa-Francorchamps Medical Service and FIA Medical Delegate Jacque Tropenat, extracted from the car and taken by helicopter to the hospital with suspected fractures to both legs," an FIA statement read.

"He is accompanied by the DragonSpeed Team Manager and his condition is not life-threatening. As soon as more information is available it will be communicated."

Fittipaldi has lined up a packed motorsport schedule for 2018, with part-time campaigns in IndyCar with Dale Coyne Racing and the Japan-based Super Formula series with Team LeMans.

The Brazilian had been slated to to take part in next week's Indy Grand Prix on the IMS road course with Dale Coyne Racing and then embark on the Indy 500 Rookie Orientation Program on May 15 before making his Indy 500 debut.