Renault became the latest team to sample the effects that rule changes will have on 2021 Formula 1 cars when it tested an experimental floor in Bahrain alongside new tyres.

Daniel Ricciardo was on hand to complete the tests for the team, a sign perhaps of the regard that it holds for his feedback, given the Australian will be moving on to McLaren next season.

The floor used by Renault during these tests is what the FIA intended with the regulation change - a simple diagonal cut-out ahead of the rear tyre with no fully enclosed holes beside the floor’s edge.

This is paired with changes regarding the height of the vertical strakes housed within the diffuser, which will be 50mm shorter in 2021. The width of the winglets housed on the bottom half of the rear brake duct will need to be 40mm narrower. 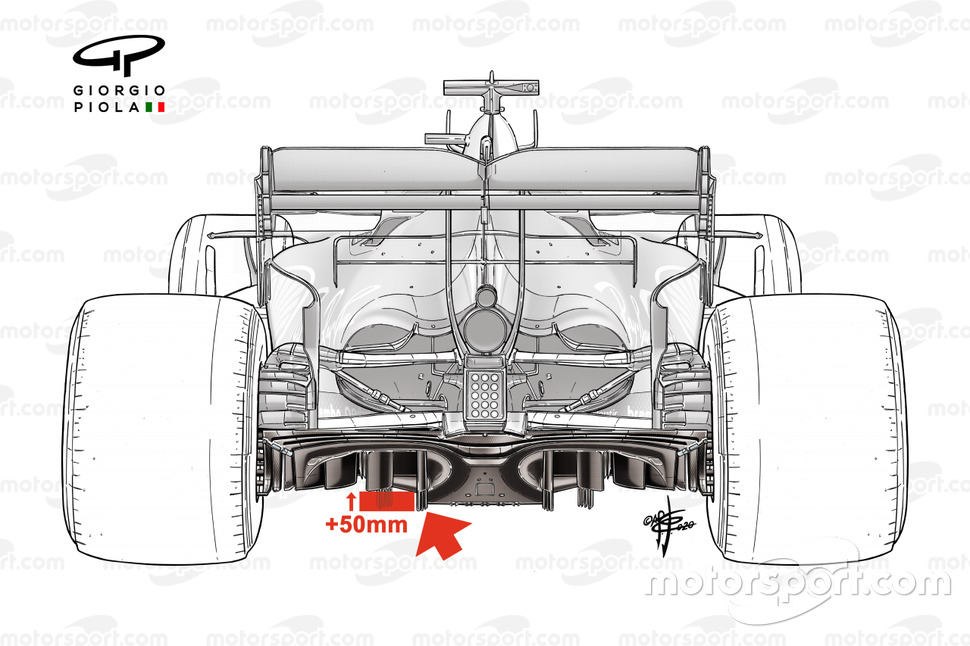 It’s not the first time we’ve seen McLaren do this though. In fact it was the first to trial such an arrangement, when Carlos Sainz’s MCL35 was fitted with the parts at the Belgian GP.

As part of the test, the team also rolled back some of its recent updates, with the Venetian blind-style panels removed from the lower section of the deflector panels. This should give it more representative data to compare with its last test, as it will also show the difference in tyre data between the 2020 and 2021 specification tyres.

The team also sprayed flow-vis paint on the floor and diffuser in order that it could gather visual confirmation of the aerodynamic effect that these changes have. 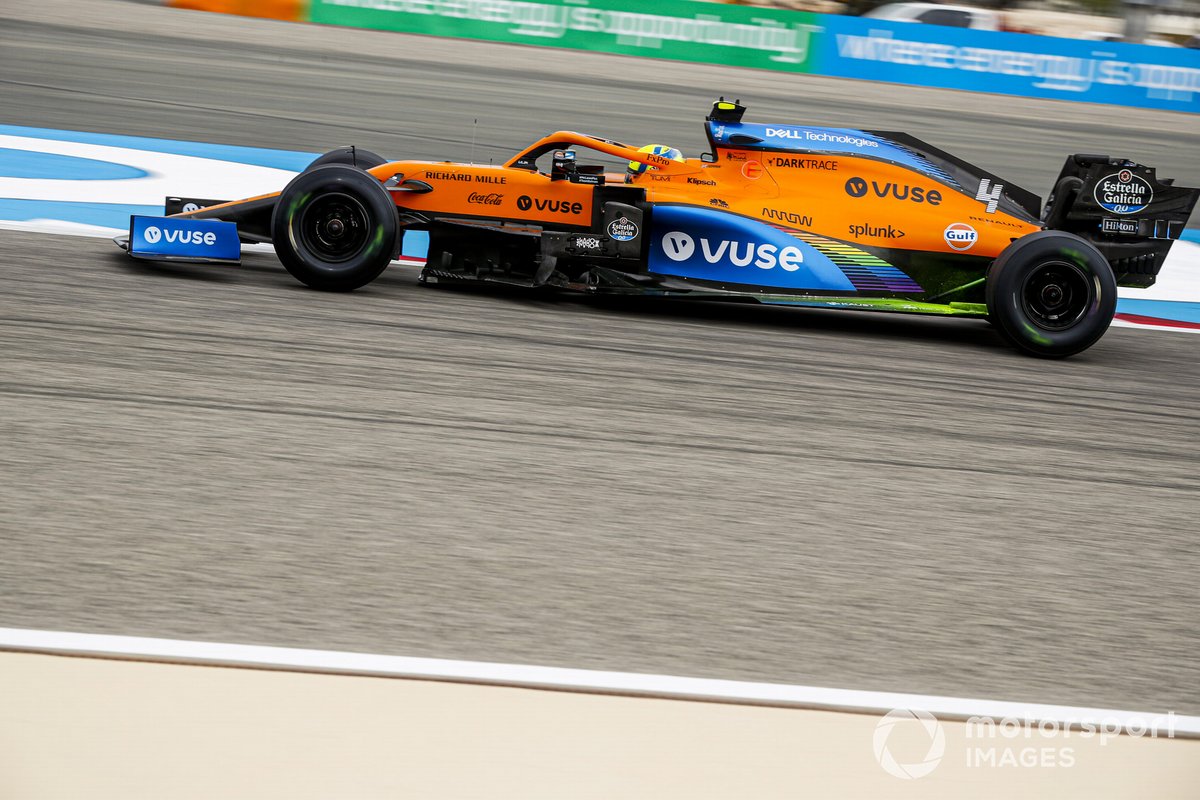 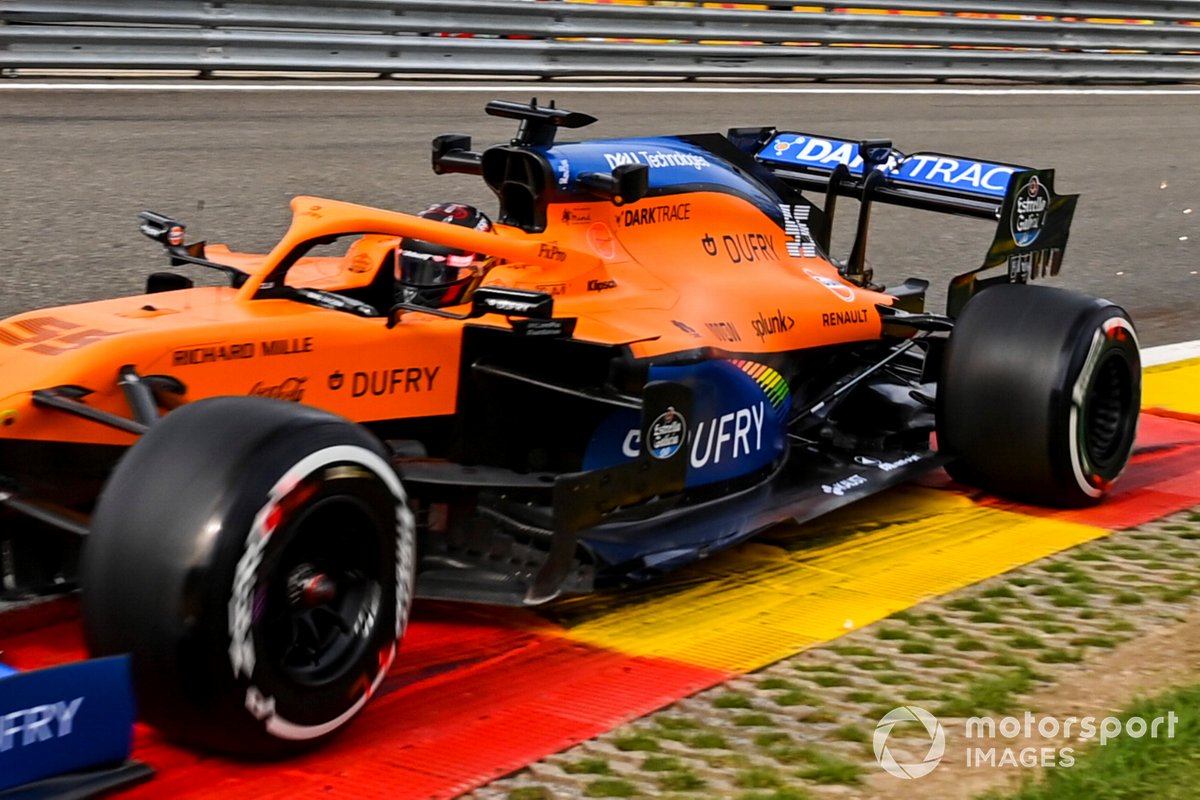 Meanwhile, it’s important to note that the changes made by Pirelli to the construction of the tyre have a bearing on the actual shape of the tyre. And, while criticism has been levelled at the performance of the tyre, it’s worth noting that the teams have spent two or so years optimising the cars around the 2019/20 specification tyre.

In any case, you’d expect that between now and the end of next season, the projected 10 per cent reduction in downforce that the FIA and Pirelli have created with the floor change, will likely be eroded by the top teams as they optimise their packages. 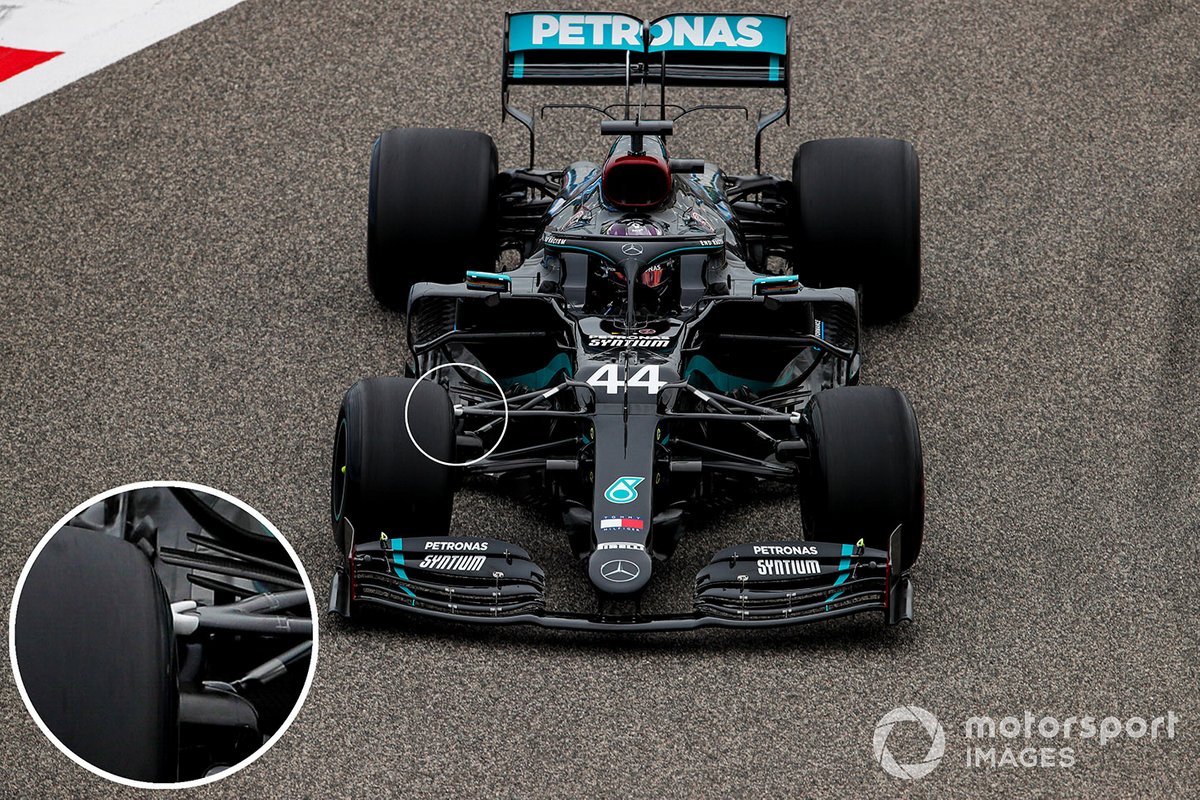 Over at Mercedes, the team spent more time evaluating the 2021 tyres than some of its rivals, opting to sacrifice setup time for the weekend in favour of understanding the new tyre.

It also added a polystyrene covering to the end of its upper wishbone whilst testing the 2021 specification tyres.

Their upright extension places the wishbone in close proximity to the tyre’s sidewall, so the polystyrene not only offered some limited protection it would also be shaved away if they came into contact.

This is a tactic we’ve seen from teams down the years when trying to place other aerodynamic surfaces within close proximity to the tyre.