The FIA has revealed details of the ongoing investigation into Romain Grosjean's accident in the Bahrain GP, and indicated that its findings will be released in six to eight weeks. 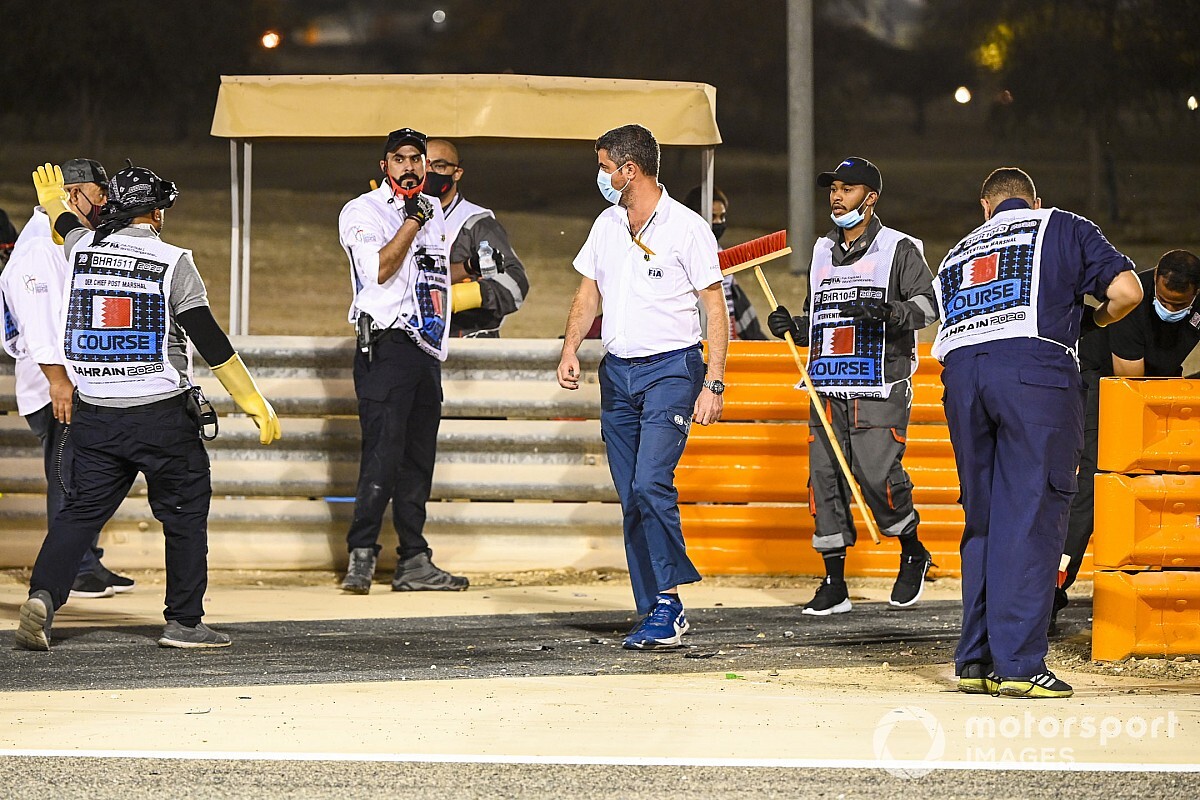 The investigation is one of around 30 that the governing body's safety department conducts into incidents in various categories in a typical season.

It will look at all aspects, including the Haas chassis and halo, Grosjean's personal safety equipment such as his HANS, helmet and overalls, the performance of the barriers, and the response of the marshals and the FIA's own medical car team.

Along with the FIA others involved in the investigation include the F1 organisation, the Haas team, and the GPDA, of which Grosjean is a director.

"As with all serious accidents, we will analyse every aspect of this crash and collaborate with all parties involved," said FIA safety director Adam Baker.

"With so much data available in F1, it allows us to accurately determine every element of what occurred and this work has already begun.

"We take this research very seriously, and will follow a rigorous process to find out exactly what happened before proposing potential improvements."

One of the first steps came on Monday when FIA technical delegate Jo Bauer and head of competitor safety Nuno Costa examined the remains of the wrecked Haas in detail, before meeting with the team's engineers.

The FIA noted that its researchers "will be able to gather data from the various video streams, including a high speed camera which faces the driver and films at 400 frames per-second to reveal in slow motion what happens to him during the accident.

"Data will also be gathered from the in-car accident data recorder, which will reveal the speed and forces on the car, and the in-ear accelerometers that are moulded to fit inside a driver's ear canal to measure the movement of his head in a crash."

This data is initially fed into the FIA World Accident Database [WADB], where information regarding incidents in all categories is gathered and shared.

The data is then made available to the FIA Serious Accident Study Group [SASG]. Chaired by Jean Todt, the body also features the presidents of all the FIA sporting commissions, key safety and sporting department staff, plus doctors, engineers, researchers and officials.

The FIA notes that "the SASG works in conjunction with the FIA Research Working Group [RWG], which peer reviews ongoing research into new safety devices and accident investigation conducted by the FIA.

"The RWG is made up of an influential body of engineers within the motor sport industry that have experience across all levels of the sport, as well as medical experts who collaborate on matters of safety.

"The investigative work related to serious and fatal accident cases is considered by the RWG before being examined by an extraordinary meeting of the FIA Safety Commission, chaired by Sir Patrick Head."

Speaking on Tuesday about the initial investigation of Grosjean's wrecked car, Haas boss Gunther Steiner said: "They were here yesterday, if I say a whole day maybe I exaggerate, but at least six hours, Jo Bauer and Nuno Costa , they were inspecting everything.

"But they have done with the car, we can take the car back, they have done all their work, but there is no outcome yet. For sure when they do these investigations they can come up with things that can be developed for the future, to be even safer.

"As far as I know they have no issues with our car at all, everything was to regulations."