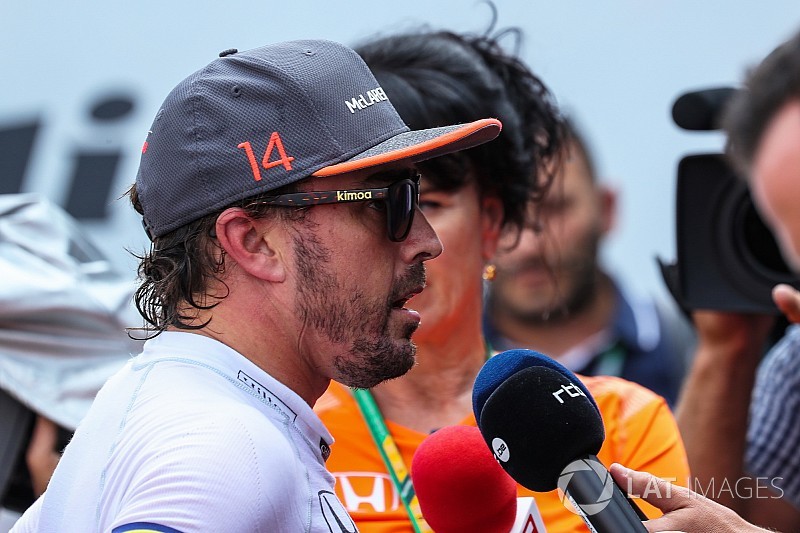 Renault Sport F1 boss Cyril Abiteboul says that 2018 will be too early for the team to be a possible home for Fernando Alonso, because it won't be able to meet the former world champion's expectations.

Although Renault is improving and had the fourth most competitive car at Spa last weekend, Abiteboul believes that the team won't make a big enough step next year to satisfy Alonso.

As such, he fears a repeat of the frustrations that the Spanish driver has expressed with Honda, something that would obviously generate negative publicity

Alonso, who drove for the Enstone team in from 2003 to 2006 before returning for a second stint in 2008-09, says that he will make up his mind about his future in September.

Ironically, his future at McLaren appears to hinge on the team's ability to ditch Honda power units and acquire a customer Renault supply.

"My answer on Fernando will always be the same," Abiteboul told Motorsport.com. "First, he is part of a great team which I think is in the middle of a number of strategy considerations.

"It's the future that we're worried about. He has his dynamic, I think he has urgency to be in a position to be fighting for championships again.

"We know that it's going to take us a bit of time to have a car that can offer that, so clearly the one thing that I would not want is to have a frustrated Fernando in a Renault car, that's for sure."

Sergio Perez, Carlos Sainz, Esteban Ocon and Robert Kubica are some of the names that have been linked to the second Renault seat alongside Nico Hulkenberg for 2018.

Abiteboul has made it clear that Renault still needs further answers regarding Kubica's prospects of racing in F1 again.

However, that assessment remains on hold due to the lack of opportunities to conduct further tests within the season, as FP1 sessions represent the Pole's only chance to drive before the post-Abu Dhabi GP test.

"If we had no restrictions from the regulations there is a lot that we could do, by organising more testing, but it's exactly the same for a number of young drivers to try to make it into F1, there is a restriction in place, and it's not going to change for Robert.

"So we will have to see if the timing of what we have to do with him can work with the timing of the rest of the paddock, which is moving.

"There have been a number of announcements, and I'm sure there will be more announcements to come in the next two or three weeks, and we have to be part of that train."

Abiteboul denied that Kubica was in any way a back-up plan for Renault.

"I will never call Robert a Plan B or Plan C. The main question is can he race again in F1? If the answer was a straightforward 'Yes,' you would probably not be asking me that question. But unfortunately it is not clear yet.

"A lot of people can be interesting. The fact that our car has become more or less the fourth car on the grid creates even more opportunities for us than we were maybe initially expecting.

"We look more attractive, so the time is playing with us. We have a bit more time, so we want to be sensible, and look at all the opportunities."

Verstappen: I'd prefer engines to blow up than shut down