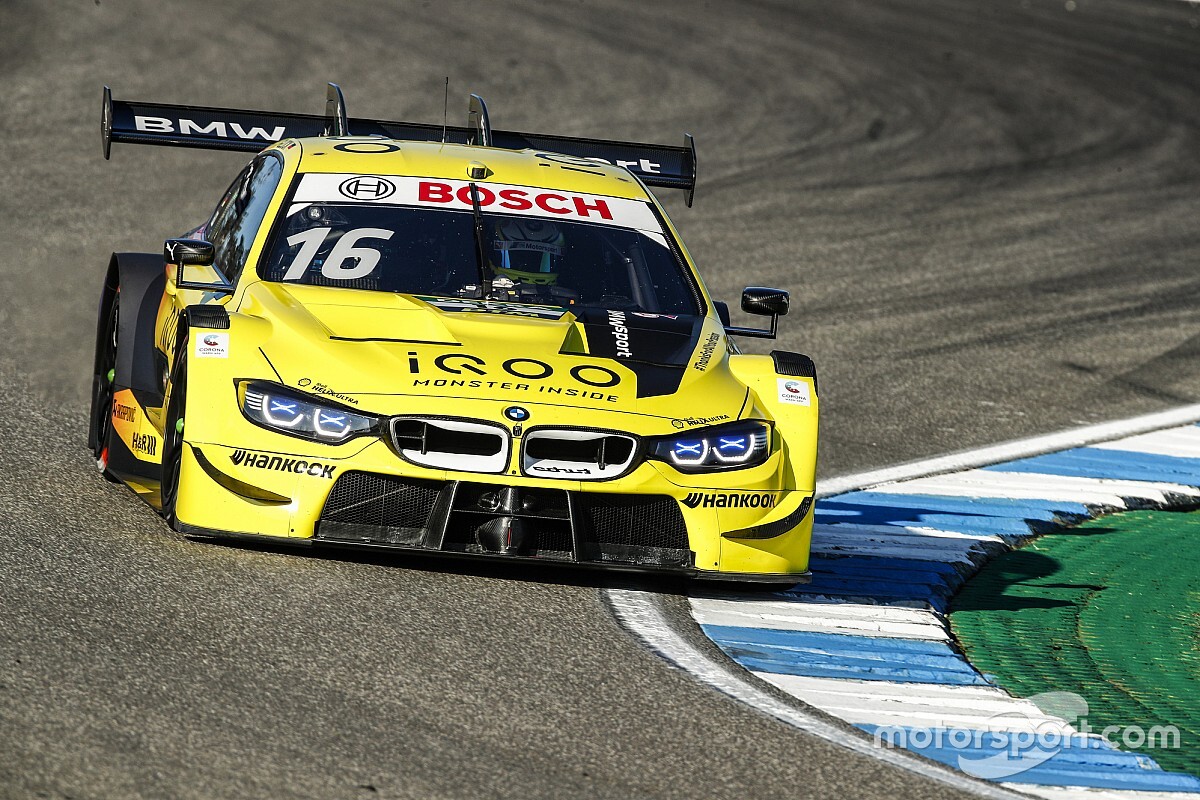 Timo Glock says he can be happy to finish as the top BMW driver in the 2020 DTM season, having successfully rebounded from what he described as the “most horrible year in my career” in 2019.

Glock endured his first podium-less season in the DTM last year, finishing down in 12th place in the standings and only ahead of rookie Sheldon van der Linde within the BMW stable.

However, 2020 couldn’t have been any more different for the ex-Formula 1 driver, who finished inside the points in all but three races to equal his best finish in the championship in fifth, behind Audi quartet Rene Rast, Nico Muller, Robin Frijns and Mike Rockenfeller.

The highlight of Glock's campaign came in the second race at the Lausitzring when he battled for victory with Lucas Auer, eventually finishing just over a second behind the Austrian driver in BMW’s sole 1-2 finish of the year.

The 38-year-old says he proved this year he wasn’t to blame for a lack of results in a disappointing 2019 season.

“For me it was just a good comeback and prove that it was not down to me, it was more down to being very unlucky last year with a lot of technical problems. This year just turned out to be more of a level it was in 2018, but we just didn’t have the chance to fight for the championship.

“In all those races where we had a chance to grab points and even grab a podium I was there, my team was there, so we managed to be second at the Lausitzring. We were strong in Assen, a bit unlucky with the red flag in the end. So in wet conditions we were there all the time.

“I’m happy with the way the things turned out for me again. I’m still the oldest BMW driver and I am still managing to beat the young guys, which is good, and that made me happy. It’s a rollercoaster. There are things where you had no effect.

“There are some things that are just hard to understand, but that’s how it is and everyone has to deal with it. For sure Rene and Audi understood that for sure a lot better. But again I’m happy with the season. With what I had I got the maximum out of it.”

Audi secured all three DTM titles for the second year running, with BMW managing to score just two race victories all season long - the other coming courtesy of van der Linde at Assen.

Glock admitted that BMW simply didn’t have the package to challenge Audi in ordinary circumstances this year, especially when it came to tyre management.

“It’s the overall package that wasn’t strong enough to compete against Audi," he said. "They seem to have especially the tyres clearly under control on race distance pace, and on the engine/drivetrain package they seem to be stronger.

"We just need to learn out of it and try to make it better in the future. That needs to be the target. Reset and relook to certain things and learn out of it."

Wittmann: 2020 a "character-building" year for BMW