Tordoff to sit out remainder of BTCC season

Mike Bushell will deputise for Sam Tordoff in the AmD Tuning Honda Civic Type R for the remainder of the BTCC season as Tordoff and his family come to terms with the loss of his infant son.

Tordoff’s baby Arlo passed away in the lead-up to the previous round at Knockhill and Bushell, who has engineered AmD racer Rory Butcher over the first part of the season, stepped in as a substitute driver.

Bushell will now contest the final two rounds at Silverstone this weekend and at Brands Hatch on October 12-13.

In a statement released on social media, Tordoff, who was a race winner at Thruxton in August, said that he would not race again this year.

“The outpouring of love has been truly humbling, and it’s comforting to know that people are thinking of us, and remembering Arlo George, particularly within the motorsport fraternity,” said Tordoff.

“Our time is now focused on coming to terms with losing Arlo as a family, and a return to the BTCC is not something that I can consider at this point in time.

“Shaun [Hollamby, team boss] and the whole AmD squad have been hugely supportive of our situation, and it was really lovely to see the team celebrate Rory [Butcher]’s first home win at Knockhill last weekend. We know how much that means to them all.

“We’d like to extend our thanks to Mike Bushell who stepped up last weekend in very difficult circumstances and to wish him and the whole team the very best of luck with the remainder of the season."

Bushell failed to finish any of the three races at Knockhill but set a new lap record in the second event of the weekend. 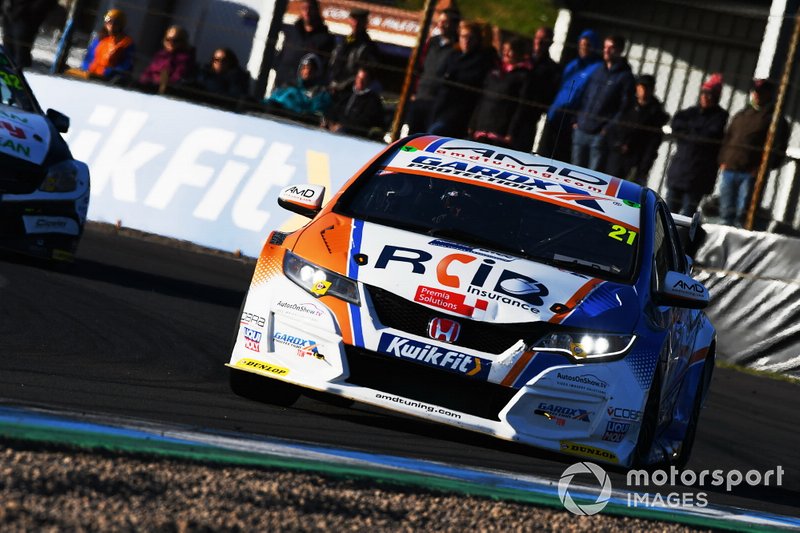 Tordoff withdraws from Knockhill BTCC round