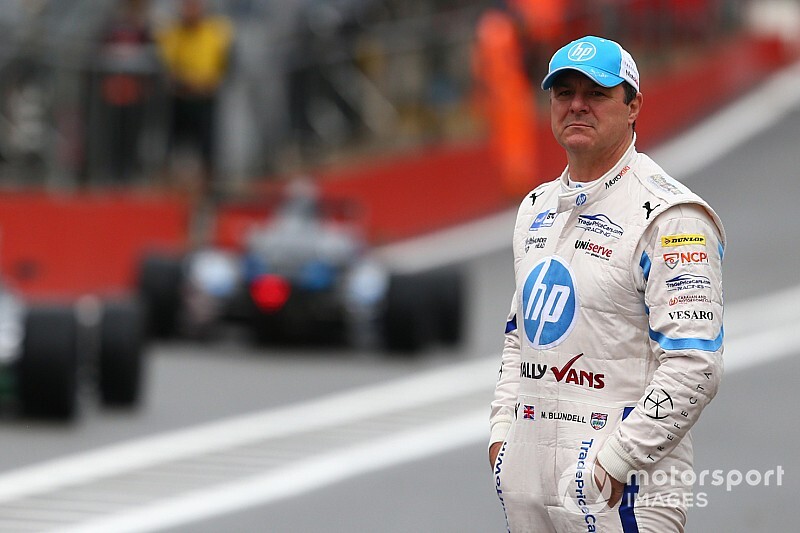 Former Formula 1 driver Mark Blundell has announced his retirement from full-time racing after a difficult maiden season in the British Touring Car Championship.

Blundell made 61 grand prix starts for McLaren, Ligier, Tyrrell and Brabham before switching to CART - where he won three times to finish a personal best of sixth in the drivers’ championship in 1997.

Also winner of the 1992 Le Mans 24 Hours for Peugeot, Blundell competed for the Trade Price Cars Racing arm of the AmD Tuning team in the BTCC last season.

The 53-year-old endured a trying year in the front-wheel-drive Audi S3 saloon, scoring two points finishes across 30 races to end up 28th in the standings.

Three-time F1 podium finisher Blundell took to social media to announce his retirement, posting on Instagram: “Time to let the cat out of the bag and sign off from my racing career.

“For thirty years I’ve given it my all behind the wheel, met the most amazing people and enjoyed moments I’ll never forget.

“Last year’s BTCC adventure was exactly that and I loved the challenge of getting back behind the wheel... can’t be too many grandads who have competed in the BTCC!"

Blundell spent his time in the BTCC as teammate to Jake Hill, who scored his maiden BTCC win on route to 15th in the drivers’ standings.

Hill has since signed for the main AmD Tuning outfit to drive an ex-Team Dynamics Honda Civic Type R FK2 next season.

He paid tribute to Blundell, writing: “Thank you for becoming a friend, mentor in ways and just a really good bloke to me. Loved working with you.”

Meanwhile, Blundell added that: “I might still be found in the BTCC paddock this year one way or another.”

Blundell told Motorsport.com in 2019 that his return to a full-length campaign with the BTCC had spelled the toughest year of his career.

"If you go back to the beginning of my life in motorsport in 1984, this is the worst season of my career without question," he said.

"It is literally the worst season I have ever had. I have never been so far back for so long during the season, so this is incredibly difficult for me. It's painful."

Bobby Thompson will take over one of the vacant Trade Price Cars Racing Audi S3s for 2020.