Yamaha's four works-entered R1 World Superbike challengers will run in a special anniversary livery for this weekend's Barcelona round.

The red-and-white colours are designed to commemorate 60 years of Yamaha's involvement in grand prix motorcycle racing stretching back to 1961, and replace the firm's usual predominantly blue livery from Saturday's running at the Spanish track onwards.

Factory Yamaha riders Toprak Razgatlioglu and Andrea Locatelli (pictured above) will both run in the special livery, complete with retro-style yellow number plates, as will GRT Yamaha pair Garrett Gerloff and Kohta Nozane. 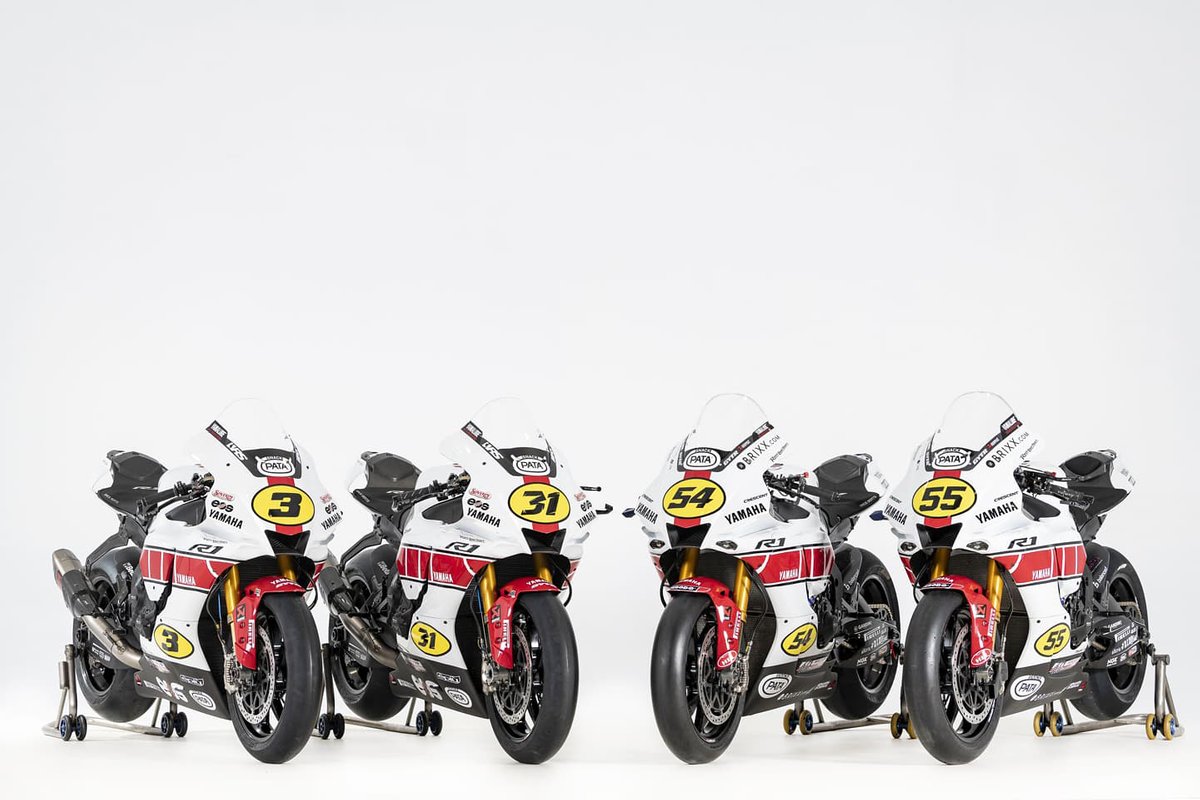 The GMT94 squad will also carry the red-and-white colours in the WSBK-supporting World Supersport series, as well as in this weekend's Bol d'Or round of the FIM Endurance World Championship.

“Over the last 60 years, Yamaha has been one of the main players in Grand Prix motorcycle road racing and we’re all very proud of this incredible history," Yamaha Europe road racing manager Andrea Dosoli commented.

"Today, we can look back fondly on the great success achieved together, running some of the biggest names in this sport, and how we have been able to expand our racing activities to all corners of motorcycle racing.

"This livery is a salute to where it all began, at the French Grand Prix in 1961, and we look forward to seeing the red and white colours return to our Yamaha R1 bikes in WorldSBK and EWC, as well as our Yamaha R6 in WorldSSP."

Yamaha faces a pivotal weekend in its quest for a first WSBK title since 2009 at Barcelona, with Razgatlioglu holding a slender seven-point lead over Kawasaki's Jonathan Rea with five rounds to go.

That follows a successful protest by Kawasaki against Razgatlioglu's victory in the Superpole race last time out at Magny-Cours, which was taken away due to a minor track limits infraction.