Scott Redding feels he is in a prime position to “pick up the pieces” should World Superbike title rivals Jonathan Rea and Toprak Razgatlioglu suffer more crashes in the final two rounds of the season.

Kawasaki star Rea crashed out of the opening two races at Portimao due to unforced errors, before Razgatlioglu was thrown off his Yamaha when the front mudguard broke in the final race.

While the three incidents have allowed Redding to close down the gap to the top two riders in the standings, he still sits 54 points behind Razgatlioglu with just six races to run.

However, the Ducati rider is refusing to rule himself out of the title contention and expects Rea and Razgatlioglu to “be at each other’s throat” in the final races in Argentina and Indonesia.

Asked for his thoughts on the points situation, Redding said: “Same as always, just f***ing keep trying. You just never know what can happen. I couldn't believe it when I saw Toprak crash at the same corner as Jonathan.

“Initially I was like, "what the f***". [Then] I was like, 'okay, now the championship is more open again', and the two will be at each other's throat at the next race again and I'll be there to pick up the pieces.

“I just need to be consistent, [on Sunday] morning it was raining, I didn't feel comfortable on the bike but I was able to make some points. Just be consistent. I was there again.

“If one crashes, I just need to be doing the best I can and I think I did the best I can. I was the first Ducati all weekend more or less, so that is something that you need to keep in mind.

“When you start trying to go over that limit, you start to make mistakes which are probably not necessary, just maybe to be greedy.

“What happened to me at Estoril last race of the year. I came in and said, 'win it or bin it' and I had a f***ing huge crash in qualifying because I was just abusing it, I was just going with no thought of anything except first every session and it cost me. I learnt my lesson. I was just being stupid. Now I don't need to be that stupid.” 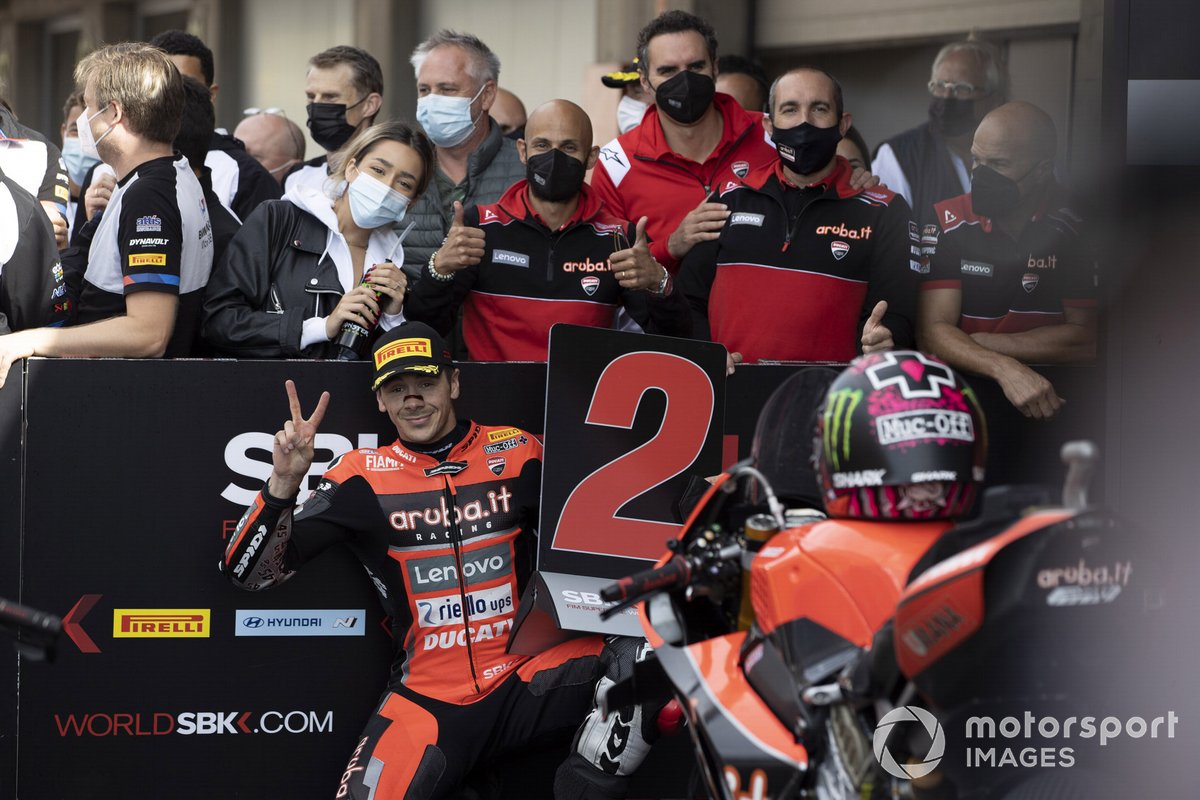 Redding scored a trio of second-place finishes at Portimao, outscoring both Razgatlioglu and Rea across the weekend.

The British rider held the lead early in the second full-distance race, but was ultimately powerless to prevent Rea and Razgatlioglu from passing him, dropping down to third.

When Razgatlioglu suffered his race-ending crash on lap 10 of 19, Redding had the opportunity to hunt down Rea's Kawasaki for the lead and score a first win in WSBK since Barcelona at the start of the triple header.

However, he conceded that Rea and Kawasaki were simply too quick around the Portuguese track and he would have suffered a crash of his own had he tried any harder to close the gap to the front.

“I saw Toprak crash out of P2,” he said. “I tried a little bit with Jonathan [and had] a few moments and I thought it's not worth it. You're going with someone that I would class as a bit of a specialist here, Kawasaki and Jonathan just work really well at this circuit.

“He was going at with absolutely nothing to lose, so how was I going to beat him today. So that was my thinking when I was riding.

"On a good day for me and on a not so good day for him, maybe I could stay with him and battle, but with him pushing, with the bike feeling good and with the situation that happened on Saturday and in the Superpole race, he was going for 'win or nothing'.

“So if I was to push on that level with how I was feeling, it was going to be a win or nothing but I would have crashed. So I played it smart to be fair and over the weekend I got to say it was good.

“Three second places is something I can't complain about. It's better than what I thought. I said before the weekend if we can get on the podium, it's good. I've had three seconds, so yeah, happy.”