Garrett Gerloff says his first top-five World Superbike finish in three months gives him little satisfaction, bemoaning an error that stopped him from finishing even higher up the order at Portimao.

The American rider has struggled for form since colliding with fellow Yamaha rider Toprak Razgatlioglu in July's Assen round, with his most recent podium finish coming on Independence Day at Donington Park.

However, fifth place in Sunday's final Portimao race marked Gerloff's best finish since then, and followed a solid sixth in Saturday's opener and then eighth in a wet Superpole race.

Far from celebrating a return to the top-five however, Gerloff emphasised that an early mistake cost him places and the potential to fight for an even better result aboard his satellite GRT Yamaha R1.

"When we had the start delay, I know from what the Pirelli guy had told us, everybody's tyre pressure dropped," said Gerloff. "So the first few laps everything felt super-weird, just felt like the bike was really tight, really bound up.

"But I guess the Pirelli guy was saying it was because the tyre pressures were a lot lower and so you had more flexibility in the carcasses and everything, and it was making the bike feel bound up.

"Anyway, I just didn't have a very good first couple of laps, kind of struggling with that a little bit, and then I touched a wet spot in the last corner and almost freaking launched myself, almost had the biggest crash of my life, I went from eighth or ninth back to 12th, because a couple of guys passed me." 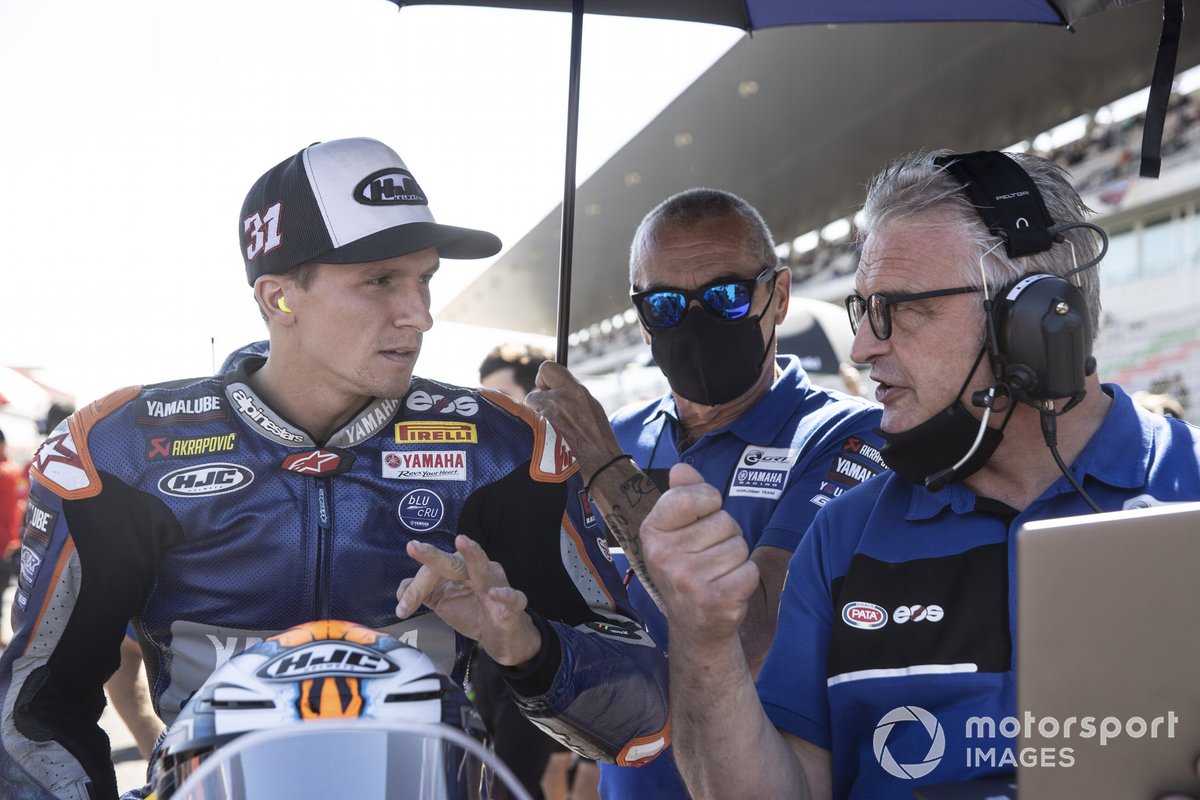 He added: "I’m sick of making mistakes like that. I just want a clean race, because I feel good, I feel like I have good pace at the end of the race, it’s just trying to put it together.

"I’m just frustrated. I know I can do better than this. I’ll try my best, but it’s been difficult. But at least I could get in the top five."

Gerloff is confident is lack of experience next weekend at Argentina's El Villicum facility will be no hindrance, as he seeks to round off his sophomore WSBK season on a high note after a brief trip home to the US.

"The [El Villicum] track looks nice, it looks different and cool, so I'm excited to go there," he said. "Indonesia will be nice because it's a new track, for everybody so it's starting from a level playing field.

"I feel good when I go to a new track, I almost like it more when you go to a new track. It's a clean slate and I enjoy learning new tracks also. I feel confident I can have a good feeling right away."