Scott Redding says critics who question his move to BMW for 2022 overlook the progress the German manufacturer has made in World Superbike over the last few years, and his own role in Ducati's success.

The 10-time WSBK race winner will leave Ducati at the end of the season to join the fledgling BMW factory team on a multi-year deal, replacing fellow Brit Tom Sykes to partner Michael van der Mark.

With Ducati having been one of the main challengers to the all-conquering Kawasaki team in recent seasons, many observers have been sceptical about Redding’s decision to depart the Italian marque and join BMW, which has yet to bag a win since its return to WSBK in 2019.

However, Redding says he laughed off at suggestions that he’s joining the Bavarian marque simply just because it's offering him a more lucrative salary, claiming that the M1000RR has proved a match to all but his factory Ducati bike this season.

Asked how the paddock and the public at large have responded to his switch to BMW, Redding said: “Really the only stuff I've seen is on social media, which probably isn't the best thing to look at. But it's like water off a duck's back to me, it doesn't really f***ing bother me, if anything I find it quite funny.

“And the thing that surprises me the most is people commenting like, 'Scott has just gone for money'; 'coming to the end of his career'; 'you signed to the other manufacturer, you are not going to get any result'. And I'm kind of thinking, 'I don't know if you are watching the same race as me, but actually if you take me out of the equation, [BMW] has been doing as good as result as the bike I'm on now’.

"So if you took me out, actually where I'm going actually seems like [it is] coming better.”

Redding spent his final MotoGP season with Aprilia in 2018, a campaign the former Moto2 runner-up later described as “psychologically demoralising” after struggling to get a handle on the RS-GP all year.

Aprilia has since ramped up its development to emerge as a regular 10 finisher this year, with Aleix Espargaro scoring the manufacturer’s first podium of the modern era in the British Grand Prix last month.

Redding says the Aprilia example shows people don’t credit manufacturers for the progress they are making until they have results to show for it.

“I kind of find it amazing that manufacturers and brands get named for how they start but people don't give them the credit for years of working and building the product, like Aprilia in MotoGP took their first podium,” he said.

“I was quite happy for them because from where they came from and the episodes I had with them. I don't really hold grudges but I didn't have a great time there, but if I take that out of it, you see they've just kept working and they've arrived there, and now people start to see a different aspect of it.

“I kind of find [comments about my BMW move] funny to be honest, it did really make me chuckle a little bit. I don't look too much [on the internet], but that's all I saw really.” 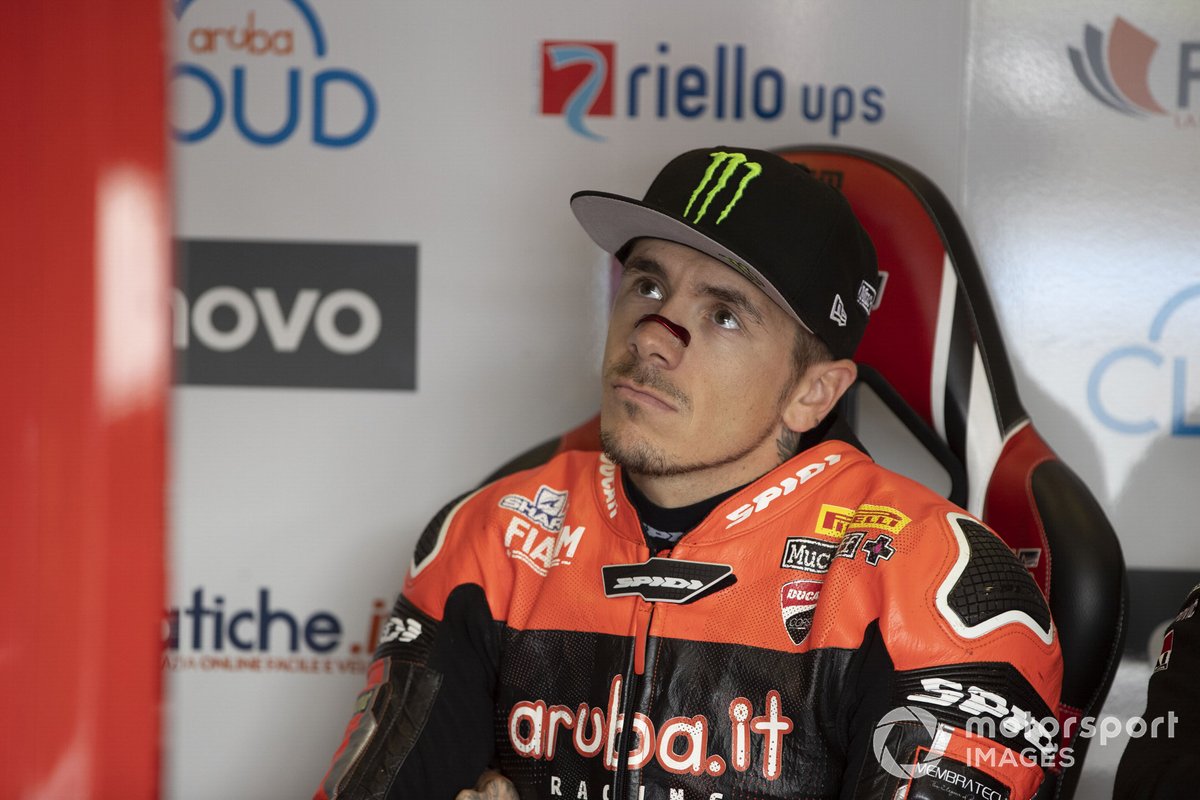