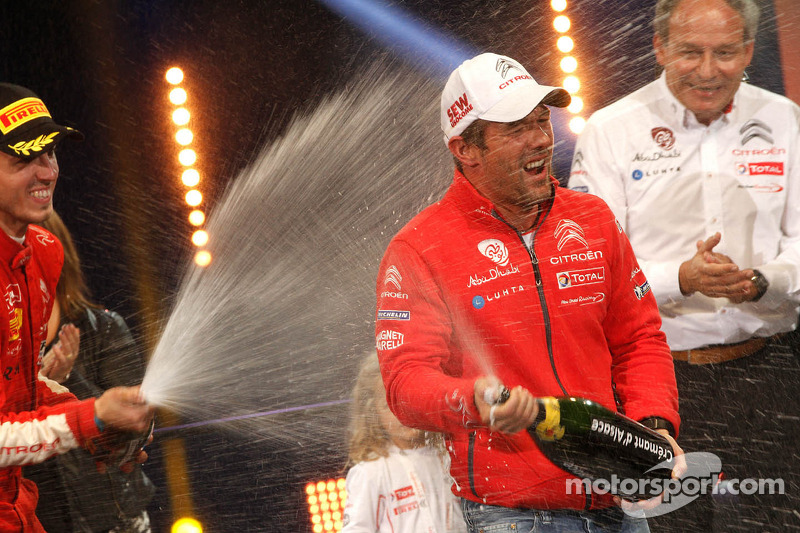 The loss of Sebastien Loeb has not been easy for the Citroen World Rally Championship team.

After nine-consecutive World Rally championships with the hot-shoe from France, the French-based Citroen’s manager is feeling the pain as he attempts to secure the best rally drivers he can for 2014. Ironically the title this year has already been won by one their former drivers.

To say it has not been a stellar year for the former powerhouse Citroen World Rally team is an understatement. Not only has Ford been a treat but the surprise came from the new Volkswagen team.

Their ace driver Sebastien Loeb and his co-driver Daniel Elena only ran four events this year as he concentrates on sportscar and touring car racing with the plan to contest the World Touring Car Championship. Yet two of the events, the Frenchman won. 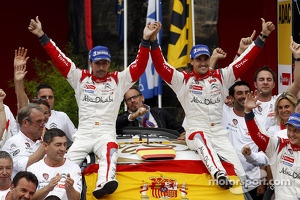 Citroen’s team manager Yves Matton had to make changes for the 2013 season after their nine-consecutive champion departed. For any WRC team, losing Loeb would have been a hardship. Both M-Sport Ford and Volkswagen have been dominating this season. In fact the former driver for Citroen, Sebastien Ogier, earned his first WRC crown before the end of the 2013 season.

Ogier has been hot most of the season as has his Volkswagen teammate, Jari-Matti Latvala. However sitting second in the standings is M-Sport’s Thierry Neuville who also is a former driver for the Citroen team.

The highest placement in the standings for Citroen as they take on the Spanish Rally is Dani Sordo in fourth followed by Mikko Hirvonen.

Apparently Matton has now confirmed that he has a list of five that he is considering factory drivers, and Sordo and Hirvonen are on it but there is a chance both could lose their current rides for 2014. Robert Kubica is on the list, and this week the hot-show in the WRC-2 class for Citroen will race in the premier series in Spain. The former Formula One driver has definitely proved his ability.

Also on the list is M-Sport’s Ford driver Mads Ostberg and Kris Meeke who races for the MINI WRT.

Matton is out shopping for next year but will he be able to find the drivers he needs for Citroen to make a return to the top of standings?

Is there another Loeb out there? Can the younger “Sebs” dominate more than just one year? He did learn from Loeb when with the Citroen team, and he definitely backed up the team and Loeb to aid them in their title fight. 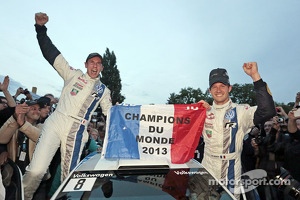 Ogier and his co-driver Julien Ingrassia actually notched their first championship in the same event where Loeb and Elena took their ninth-consecutive crown: Rally France - the home event for both Sebs.

Can Matton find the next “Loeb” for Citroen?

Matton said, “I have not made my final decision for the moment. We are working on it but I hope to have one before Rally GB. I don’t think I will have the final answer about both drivers until the end of that rally.”

Ogier reigns in Spain on day one